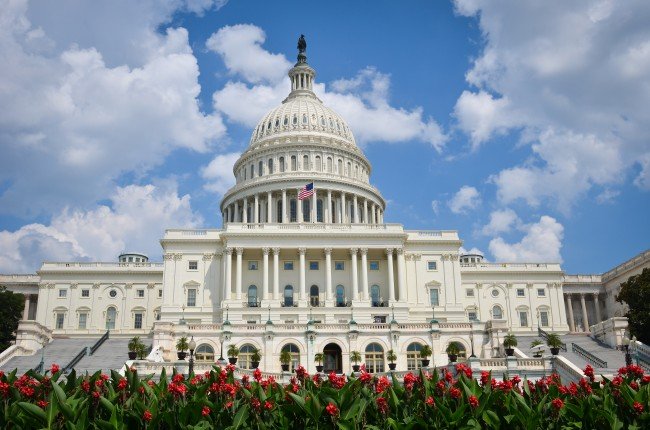 A new bipartisan bill to remove cannabis from the schedule of controlled substances has just been introduced in the U.S. Congress. The Marijuana Opportunity, Reinvestment and Expungement Act (the MORE Act) of 2019 aims to decriminalize “cannabis, to provide for reinvestment in certain persons adversely impacted by the War on Drugs, to provide for expungement of certain cannabis offenses and for other purposes.”

The MORE Act plans to entirely remove marijuana from the Controlled Substances Act, effectively decriminalizing it federally and allowing the states to set their own policies. It is a no-nonsense bill that does not allow exceptions, as it plans to delete any mention of marijuana from every list of federally prohibited drugs. This would allow the cannabis industry in legal states to operate more safely without risk of federal interference, to access banking and to be treated normally in regard to taxes. “The MORE Act is the most comprehensive marijuana reform bill ever introduced in Congress,” according to NORML, the leading advocacy group for marijuana reform.

The bill in the U.S. House of Representatives (H.R. 3884) is sponsored by Rep. Jerry Nadler (D-N.Y.) and co-sponsored by 32 representatives, including familiar names of the effort for cannabis reform like Earl Blumenauer, but it is also supported by a Republican, Matt Gaetz. In the U.S. Senate, the bill (S. 2227) is carried by presidential candidate Kamala Harris (D-Calif.), with the support of rivals in the presidential race Sens. Cory Booker and Elizabeth Warren.

This bill distinguishes itself from other initiatives, such as the recent Marijuana Justice Act, which also aimed to amend the Controlled Substances Act, by adding social justice provisions. For instance, the MORE Act includes the creation of an “Opportunity Trust Fund,” filled with the net revenues from taxes on imported smoking products like tobacco, cigarette papers and tubes. That fund would then be used to help undo the damage of the War on Drugs.

Interested in reading more articles like this? Our Cannabis Connection email digest was made for you! Sign up here to get the next edition (sent every other Monday).

More specifically, the House and Senate bills call for the creation of a Cannabis Justice Office and a grant program to offer job training, legal assistance, literacy programs, health and recreation programs to individuals and communities most impacted by the War on Drugs. It says that no person shall be denied federal benefits on the basis of past or future cannabis-related offenses. But most importantly, the bill wants to automatically expunge certain cannabis offenses, such as that of juvenile delinquency.

Unfortunately, the MORE Act is unlikely to pass the Senate due to the Republican Party chokehold on that body, and it is therefore unlikely to have any real impact on Americans’ current lives. However, the fact that it was even introduced is a sign of a large trend that has just reached the country’s highest political rung.

Just a few years ago, cannabis was still politically taboo and seldom mentioned. Until the 2000s, expressing any kind of support for “the devil’s lettuce” was political suicide, and Bernie Sanders was one of very few who dared to speak up on the subject. But public opinion shifted, polls showed increasing popular support for marijuana legalization, and as the 2016 presidential election approached, many politicians tentatively came out in favor of it. After Donald Trump’s victory, this turned into a tidal wave of support for cannabis. Now, cannabis has become a centerpiece of the programs of (nearly) all Democratic 2020 presidential hopefuls. Even the Republican candidates have been warming up to the idea—William Weld has expressed being in favor of marijuana legalization, and Trump is uncommonly open to it (by conservative standards).

Even if the MORE Act does not become law anytime soon, it is a stepping stone for “the new normal” in the federal government. For instance, Congress had a landmark hearing on Wednesday, July 10—“Marijuana Laws in America: Racial Justice and the Need for Reform”—which for the first time looked into the possibility of full federal legalization. Last year, the STATES Act, which protects state-legal cannabis from federal interference, was introduced in Congress. It was followed by the SAFE Banking Act, which focuses on granting cannabis businesses access to the banking system without fear of retaliation from the federal government; until the SAFE Banking Act passes, a government funding bill providing similar protections to cannabis businesses for the upcoming year was approved in June by a key committee. The same month, the House approved an amendment preventing the Department of Justice’s budget from being used to oppose states’ marijuana policies.

According to Forbes, “No fewer than 61 individual cannabis-focused bills have been filed in the first seven months of the 116th Congress,” making it the “most marijuana-friendly Congress in history.” Forbes also reports that, according to NORML Political Director Justin Strekal, “Congress has never moved this far, this fast on marijuana policy, period.”

In recent months, the new cannabis bills have grown bolder, more ambitious and wider in focus. The push for reform has been gaining tremendous momentum. This translates into a much greater understanding of marijuana-related issues and, possibly, into legalization in the foreseeable future.