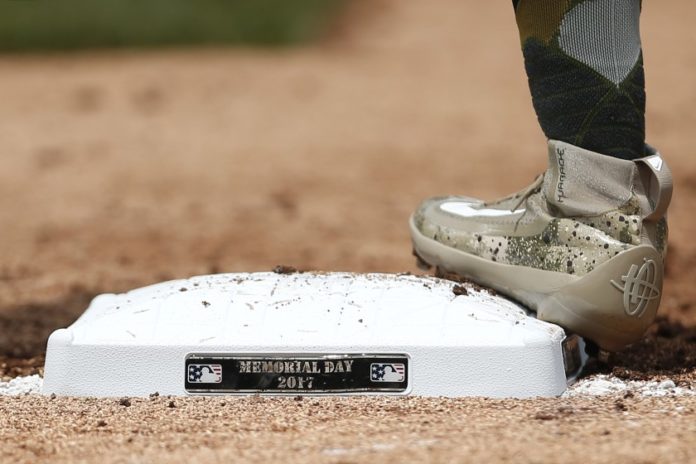 The MLB and its players union have discussed the possibility of loosening its testing on marijuana, according to the LA Times. This March, John Coyles, the MLB vice president of drug, health and safety programs, sent a memo to players about marijuana. He warned major and minor players alike that CBD, much as any other cannabis substance, was banned for baseball players. Echoing what the PGA Tour told golfers earlier this year, he said using CBD could elicit a positive drug test for marijuana.

“Claims of CBD products being ‘THC free’ are false and misleading,” Coyles wrote in the memo. “We have seen multiple positive drug tests…in the past year for THC that appear to have resulted from the use of CBD products, despite the product labels.”

He isn’t wrong, by the way. Last month, Ellipse Analytics tested 250 top-selling CBD products and found THC in 45% of them. Among products that labeled itself “THC free,” 21% of them were detected for THC. While baseball players don’t sustain the level of injury and inflammation as football players, they still need effective and safe pain management tools. What constitutes as safe and effective is under review, the Los Angeles Times reports, following the death of Angels pitcher Tyler Skaggs.

The toxicology report found that Skaggs had the opioids fentanyl and oxycodone when he died by choking on his vomit, as well as alcohol. Opioids and cannabis are listed as drugs of abuse under the MLB’s current policy. Though players undergo routine tests for performance-enhancing drugs, they don’t receive regular testing for drugs of abuse. But in the minors, players have stricter testing and this season 13 players were suspended after test revealed drugs of abuse in their system. However, 80% of those suspended were due to marijuana.

Now the MLB and its players union have discussed the possibility of loosening its testing on marijuana, according to the LA Times. What happened to Skaggs has also opened the possibility of teams testing players for opioid use (team doctors can’t prescribe players opioids). Currently the two sides are now discussing whether players could use cannabis following surgeries, or whether they could use it as general pain relief.

“The parties have discussed whether to loosen baseball’s restrictions on marijuana—not specifically as a trade-off for opioid testing, but as part of the annual review of the sport’s drug policy, according to three people familiar with the talks but not authorized to comment publicly on them,” reports the Times.