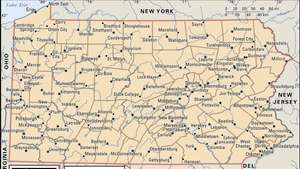 Pennsylvania has only legalized medical marijuana, but the numbers make it look as if it is adult use cannabis driving the sales. Cannabis data company Headset recently expanded its reach into Pennsylvania and published its first full market report based on consumer insights and real-time market data.

“With close to $1B in sales in the last 12 months and growing at an incredible pace, we are thrilled to bring unprecedented insight into this exciting market, ” said Cy Scott, Founder and CEO of Headset. “As cannabis operators continue to make significant investments into Pennsylvania having access to extensive analysis, forecasts and a comprehensive understanding of this complex market as it continues to grow will be critical to success.

Flower Is The Winner

Like most cannabis consumers, flower is the form factor of choice — despite being medical patients. It is even growing in market share. Flower had taken 38% of the market in March 2020 and has grown to 45% as of March 2021. Vape pens have dropped in market share, but still remain in second place taking 35% of the market. Concentrates had the highest average item price at $61, and tinctures, flower and vapor pens followed closely behind with an average item price of more than $50.

Pennsylvania is the 5th largest state by population and is expected to be a big market with rapid growth. A new survey from Muhlenberg College’s annual public health poll found residents want full legalization.

RELATED: These States Enter The Billion Dollar Cannabis Club For 2020

“The trend on public support for legalization of marijuana in Pennsylvania is clear, with support growing for the eighth year in a row,” Chris Borick, director of the college’s Institute of Public Opinion, said in a statement accompanying the survey results. “As the state government considers this policy option, the public is increasingly coming to the conclusion that they support legalization.”

A record level (58%) of adult Pennsylvanians support the legalization of marijuana in the Commonwealth, marking the 8th consecutive wave of this survey that support for legalization has increased in the state.