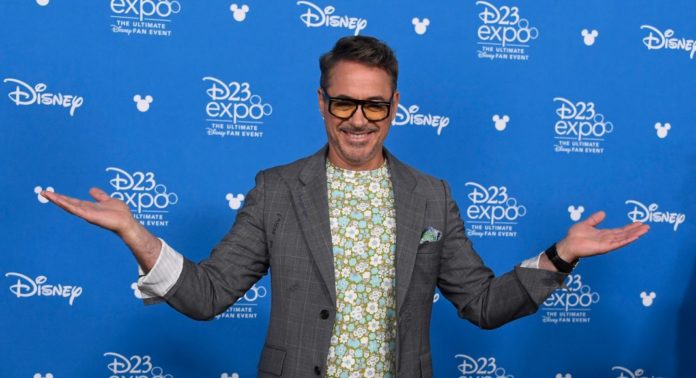 Robert Downey Jr. joins Andrew Garfield as Marvel superheroes who love getting high at Disneyland. Robert Downey Jr. has reinvented himself as a family-friendly, franchise-behemoth superstar over the past decade, thanks to playing the role of Iron Man in various Marvel movies. To commemorate this success, Disney bestowed Downey the honor of becoming a “Disney Legend” at the company’s D23 convention.

How did Downey celebrate that honor? Of course by telling a story about that time he got busted smoking weed at Disneyland.

“Here’s a bit of trivia for you, the very first time I went to Disneyland I was transported to another place… within moments of being arrested,” Downey said during his acceptance speech. “I was brought to a surprisingly friendly processing center. Given a stern warning and returned, if memory servers, to one very disappointed group chaperone. I would like to make amends for whoever had to contain me for smoking pot in the gondola without a license.”

“I’m sorry, I don’t want to further confuse the issue by insinuating that pot smoking licenses for the gondola are in any way attainable, or for any of the other park attractions…” he continued “Maybe the Imagineers but that’s their own business. That’s a load off.”

To be fair, Downey is not the only Marvel-associated actor to get high at a Disney theme park. Andrew Garfield, who played Spider-Man in two forgettable films, told W Magazine a few years back about the time he and then-girlfriend Emma Stone ate weed brownies at Disneyland. He described the adventure as “literally heaven,” except for that moment he got super paranoid on It’s A Small World.