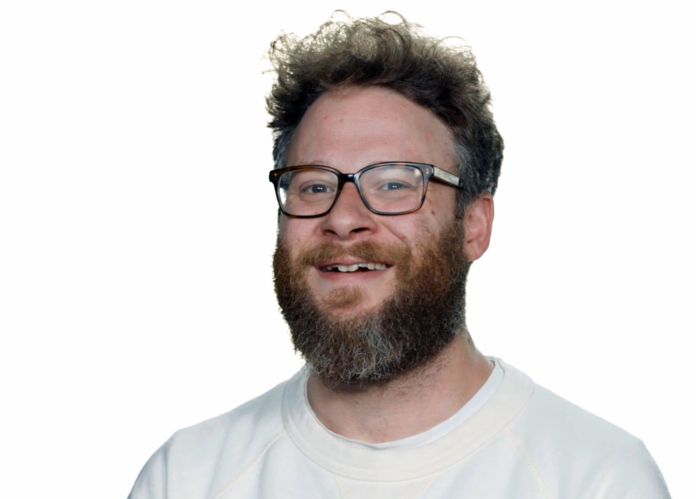 Back in 2006, Tom Cruise was interested in making a romantic comedy, so he approached director/screenwriter Judd Apatow about possible ideas. Apatow’s usual collaborator Seth Rogen was in the room and the Knocked Up star exploded Cruise’s mind with a sacred wisdom—porn existed on the internet.

“So we’re talking to him and I don’t know how it came up, but it usually comes up with Seth where he starts talking about marijuana and pornography,” Apatow said on “The Late Show With Stephen Colbert”, adding:

And he starts talking about watching adult films on the internet and Tom Cruise goes, ‘What? Wait, you’re saying that there are adult films on the internet?’ And Seth is like, ‘Yeah, there’s all these movies on these websites.’ And Tom Cruise is like, ‘Wait a second, you’re saying if I go on the computer, on the worldwide web, there are people having sex on this [information super] highway?

Rogen confirmed the story to Vulture. While attending the premiere of the Netflix film Like Father, which is directed and written by his wife, Laura Miller Rogen, and features the actor in a supporting role, Rogen expounded upon the Cruise meeting.

“I didn’t remember that until I heard Judd tell that story,” Rogen said. “I obviously had no recollection of that, and then when I saw him tell it, I was like, ‘Oh, yeah! I told Tom Cruise that internet pornography exists, and he didn’t know.’ Which is crazy!” Don’t worry, Rogen told Cruise how wild this revelation was. “I probably was like, ‘This is crazy you don’t know this.’ I mean, I can’t remember—it was like 12 years ago or something like that. I think generally my reaction was, ‘You are a very sheltered man.’”

In true Rogen fashion, there’s more hijinks involved in his meeting with Cruise. Note to anyone about to meet Tom Cruise at his house: use the bathroom before you arrive.

“That day in Tom Cruise’s driveway, I got to his house, and I had to pee so bad,” he told Vulture. “I very vividly remember this, and he has a very long, winding driveway, and I didn’t want to show up at his house and just pee right away, because I thought it would be an awkward thing,” he said. “So as I was driving up his driveway, I stopped halfway through it and peed in a Snapple bottle I had in my car. And then sealed it up and finished the ride up the driveway, and greeted Tom Cruise and Katie Holmes and his newborn baby, Suri.”