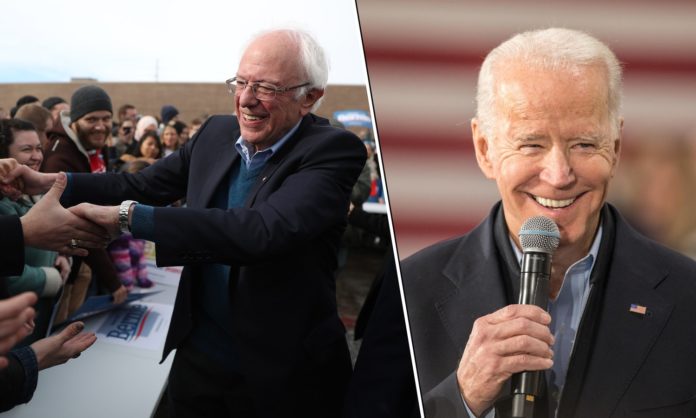 Former vice president Joe Biden is the presumed Democrat presidential nominee, as Sen. Bernie Sanders announced he was ending his presidential campaign last week. This week Sanders formally endorsed Biden for President in a video livestream, where the two septuagenarians said they would work together on forming policy task forces around key issues like the economy and criminal justice in the upcoming election.

“It’s no great secret out there, Joe, that you and I have our differences,” Sanders said. “We’re not going to paper them over, that’s real, but I hope that these task forces will come together, utilizing the best minds and people in your campaign and in my campaign to work out real solutions.”

The move has largely been recognized as a rallying cry in a Democratic party that’s appeared divided throughout primary season. But a coalition of young voters wrote in a letter last Wednesday that a “return to normalcy,” as promised by Biden, would not earn their support. If Biden is to bridge the generational divide, the group implored him “to champion the bold ideas that have galvanized our generation and given us hope in the political process.” Marijuana legalization was included among those “bold ideas.”

“End the War on Drugs and support the equitable legalization of marijuana based on proposals laid out by Senator Booker, Senator Warren, Senator Sanders, Secretary Castro, and others,” the group’s letter reads.

Over the past four years, Sanders has slowly pushed the Democratic party to the left in policy issues, such as universal health care, raises in the minimum wage, and overhauling the criminal justice system by ending the War on Drugs. When he was still vying for the candidacy, Sanders announced he would legalize marijuana his first day in office through executive order. Many of Sanders’ opponents, including Sens. Elizabeth Warren and Cory Booker, also spoke of intentions to legalize marijuana as President.

RELATED: Why Intelligent Cannabis Reform Is Good Politics For 2020

Around 66% of Americans support legalizing marijuana, according to a Gallup poll released last year. Though Biden was a drug warrior in the past, he’ll have to recognize the shifting tides of the voting public to bridge the cracks within the Democratic party. Young voters have already told Biden a simple solution to making their voices feel included in his campaign this fall — ending the War on Drugs through cannabis legalization. A majority of Americans would support the decision.