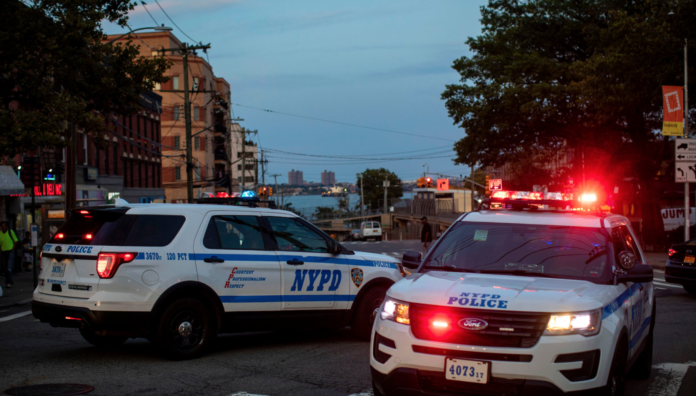 A fringe benefit of the coronavirus lockdown is that this is the longest I’ve gone as an adult without being harassed by, or fearing harassment from, the police. My home might as well be Wakanda during this crisis: a safe haven, with lots of toilet paper and no colonizers, from which I can watch, but am not directly subjected to, the oppression of white society.

The good times cannot last forever. I suppose I’m lucky to have had any good times at all. Essential workers already have to leave their private sanctuaries and contend with oppression. So has everybody without the financial means to pay grossly inflated prices for groceries and other essentials via delivery services. Black people who just want to catch a bit of fresh air have already caught hell from the police. I’m safe from the cops right now only because I can afford to be.

Eventually, the country will force all of us to “reopen” and, as it does, police will be more empowered than ever to stop and brutalize black and brown people. That’s because the cops will use—are already using—“social distancing enforcement” as an excuse for more racially biased harassment. Reopening will force African Americans back into the crosshairs of two predators. On the one side, Covid-19 will be waiting to kill us in even greater disproportion to white folks than it is now. On the other? Our alpha predator, the American police officer.

Just this past weekend, as spring finally hit the East Coast, New York City was not a tale of two cities so much as a tale of two races. In the West Village, predominately white crowds gathered in blatant violation of social distancing rules. Friendly neighborhood police officers could be spotted handing out masks. Meanwhile, in the East Village, a black man was brutally beaten and arrested for allegedly not keeping social distance from a woman companion as they left a deli. After the beating, one of the plainclothes officers was photographed casually sitting on the man’s head as he lay prone on the pavement.

This is the kind of unequal and brutal treatment African Americans can expect from police as we’re all forced to resume normal routines. “Normal” for black people is being in potentially mortal danger every time we are within six feet of a police officer, whether or not the cop has Covid-19.

The new normal for black people will include all of the old reasons cops use to harass us, plus new excuses that will be used to justify brutality in the name of “public health,” of all things.

A society committed to racial and social equality would be looking for ways to strip power from police forces that have so completely shown they are unable or unwilling to wield it fairly. Instead, the coronavirus has made this society eager to give even more power to law enforcement.

Consider New York Governor Andrew Cuomo. He is one of the leaders in the response to the pandemic, but he has also been one of the leaders in talking tough about the need for penalties for people who violate social distancing guidelines. He wants large gatherings broken up. He wants people to wear masks. He said, at his daily press conference on Monday, that he wants to “empower” local governments to impose fines and penalties to help enforce social distancing rules in their community.

Well, who enforces those rules and guidelines? Who imposes the “penalty” for violating orders? In most situations, it will be a cop on the street who is empowered to determine who is violating social distancing, and what to do about them. Maybe Cuomo trusts the cops to use their newfound power reasonably and responsibly. Maybe Cuomo thinks we’re living in a post-racial utopia where the cops can be trusted to serve and protect all people equally—but I’ve got 41 years of lived black experience to tell him he’s wrong.

What is particularly maddening is that black and brown communities haven’t been the biggest violators of social distancing rules. It’s been the Covid-loving Trump people. White MAGA confederates are the ones menacing state governments with guns. White MAGA confederates are the ones who have decided that wearing a mask is just like “slavery” and that being told to shelter-in-place is like being put in a “concentration camp.” White MAGA confederates have turned public health rules into grounds for a culture war. But when it comes time for cops to crack some skulls, you best believe that the police brutality we’ll see will be visited upon black and brown communities.

We know what’s going to happen, yet no government officials, be they in red states or blue, seem willing to do anything to stop the impending over-policing of places that black people occupy. We know white people will congregate at beaches without keeping appropriate distance from each other, while black people will be chased off courts and playgrounds by police zealously enforcing new rules. We know that white bars will exceed occupancy guidelines with impunity, while black clubs will be fined for packing too many people inside. We know white people who violently threaten police officers trying to enforce social distancing will get off with a warning, while black people who so much as talk back to a cop will get the snot beat out of them, or worse.

We know what’s going to happen, because it’s already happening. Yet many white politicians will end up defending the police for the brutal measures they take to enforce new public health guidelines. And even the best white leaders will only manage to be performatively “shocked” and “appalled” when the thing they allowed to happen inevitably continues to happen.

Whenever the discussion of racially biased police brutality comes up, there’s always a chorus of people who claim that cops wouldn’t harass black people if black people followed the rules. That’s always a ridiculous argument, but the coronavirus is going to expose the weakness of that logic even more than usual. That’s because black people will be harassed for not following social distancing rules, but we’ll also be harassed if we do. Earlier in the crisis, a video went viral of a black man being kicked out of a Walmart for, apparently, wearing a mask in the store.

I cannot emphasize this point enough: Every piece of advice I’ve had scolded into me by my parents tells me to never, ever wear a mask or a scarf or any kind of face covering around white folks, even when it’s freezing. I’ve owned maybe three hooded sweatshirts in my entire life, all of them emblazoned with my university insignia, which in my mind reads, “Don’t Shoot: I went to Harvard.” And I still only wear one on the very coldest days. My 4-year-old son loves his little dinosaur hoodie, and I dread the day when I have to explain to him why he can’t wear it anymore; I know that day is coming when he gets, not older, but merely taller.

I ordered N95 masks for my family back in February, long before the general public was properly concerned about the virus. I think the reason I was so quick off the mark with those was because I knew that we’d need something with the prominent little air filter thingies to keep us safe, not from Covid-19 but from white store owners. Maybe this coronavirus changes white people’s reactions to black people wearing masks, but I’m not willing to bet my life on it.

This is the reality I have waiting for me when the government forces me out of my cop-free quarantine. I will become vulnerable again. One cop could see me as a menace if I walk around with a mask. Another cop could see me as a lawbreaker if I stand too close to my wife. One neighbor might call the cops on me if I invite friends over for a barbeque. Another might call the cops on me if they see a masked black man taking a solitary walk near their home. No matter what I do, it will be my fault for inviting whatever harassment I get.

It’s been wonderful to spend a few weeks worrying about how to survive a virus, instead of how to survive an encounter with police. Quarantine is probably as close as I’ll ever come to living like a white person. I could get used to all this freedom and liberty the coronavirus has provided.

But it won’t last. Our society won’t open up without giving law enforcement additional excuses to put black people back in a choke hold.