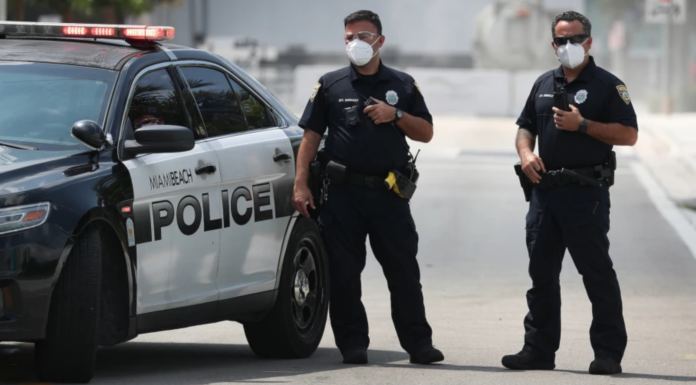 A police chief in Miami says his office will be launching a probe after one of his officers placed a black doctor in handcuffs outside his home last week as he tried to put supplies into his van while reportedly en route to helping provide medical support to homeless people in the city.

Miami Chief of Police Jorge Colina said in a video statement posted to the Facebook page for the city’s police department on Saturday that the incident “will be investigated fully” after footage of the stop, which took place the morning before, began to pick up traction online.

In footage of the stop obtained by ABC News, Armen Henderson, who reportedly works at the University of Miami Health System, could be seen loading supplies into his van and setting other items off to the side before being approached by an officer in a police car.

“He just said, ‘Are you littering over here? Do you live here? Do you work here?’ And I was like, ‘Yes, I live here. This is where we put our bulky trash and the city comes to pick it up every week at this same place,” Henderson told ABC News in an interview.

Moments after the officer exited his car to speak to Henderson, the doctor could then be seen in the video, which is inaudible, turning around momentarily before being placed in handcuffs seconds later.

“I’m like, ‘OK, thank you officer.’ And then I turned around to get back to what I was doing,” the doctor told the news agency. “I guess he must have thought that I had disrespected him or something like that.”

“He jumped out of the car and started yelling, ‘You call me sergeant when I’m talking to you, and blah, blah, blah. And, you know what, give me your ID,'” he continued.

Henderson said he then called for his wife, who was in their home at the time of the incident, to bring him his ID when the officer started handcuffing him.

In the video, his wife could be seen exiting the house shortly thereafter with the ID, and Henderson was released from handcuffs several moments later.

Henderson told ABC News that the officer “just got in his car and drove away” after the incident and “didn’t apologize.”

At the time, the doctor told the outlet he had been on his way to the city to help provide support to a local homeless outreach group.

“We’ve been out there once or twice a week for the last four weeks, handing out tents, toiletries, masks, socks,” he said. “We’ve been testing individuals for COVID-19 because it’s the most vulnerable population. If you want to control the spread you have to go right to the source and take care of these individuals first.”

In his statement on Saturday, Colina told residents that his office will be looking into the incident but also provided what he described as “a little bit of context” into the origin of the stop.

“Many of the questions that have been asked are, why did this encounter occur? I just want to provide a little bit of context of what was going on here,” he said in the clip. “We have had a litany of complaints pertaining to illegal dumping.”

“There is a cargo van parked in front of that home where there appears to be trash that’s being offloaded,” he continued. “That is the genesis of the stop.”

However, he said that the actions that took place after the stop need “to be investigated, and it will be investigated,” while adding that Miami Police Department “does not condone or accept profiling of any kind.”