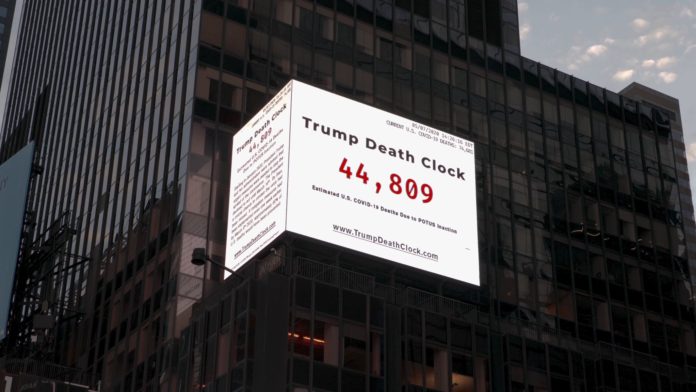 A 56-foot billboard called the Trump Death Clock was unveiled in Times Square in New York City. The tally of lives lost to government inaction was created by filmmaker Eugene Jarecki, who says, “On behalf of all of those who needlessly lost their lives to this failed leadership in a pandemic, we need a symbol, a symbol that cries out not only for accountability, but also for more responsible and responsive stewardship, going forward.” As of the Friday morning broadcast, the death toll count was nearly 47,000 and growing.