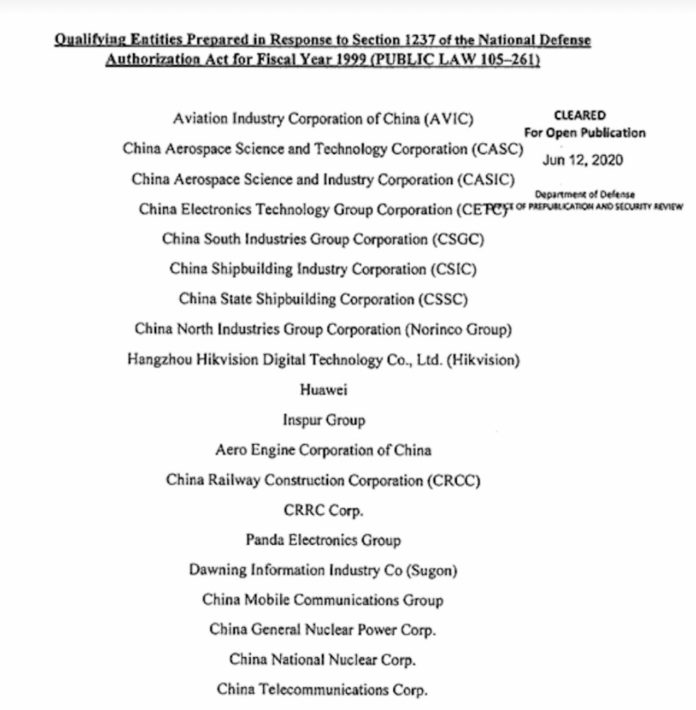 The Defense Department made its list of Chinese companies that operate in the US and have been linked to the Chinese military public this week.

The list was published by Axios and other media outlets on Wednesday. It was required as part of the 1999 National Defense Authorization Act but was not previously assembled, according to Axios.

The act called on the department to determine and publish “Communist Chinese military companies operating in the United States,” or any other commercial entity that is “owned or controlled by the People’s Liberation Army.” 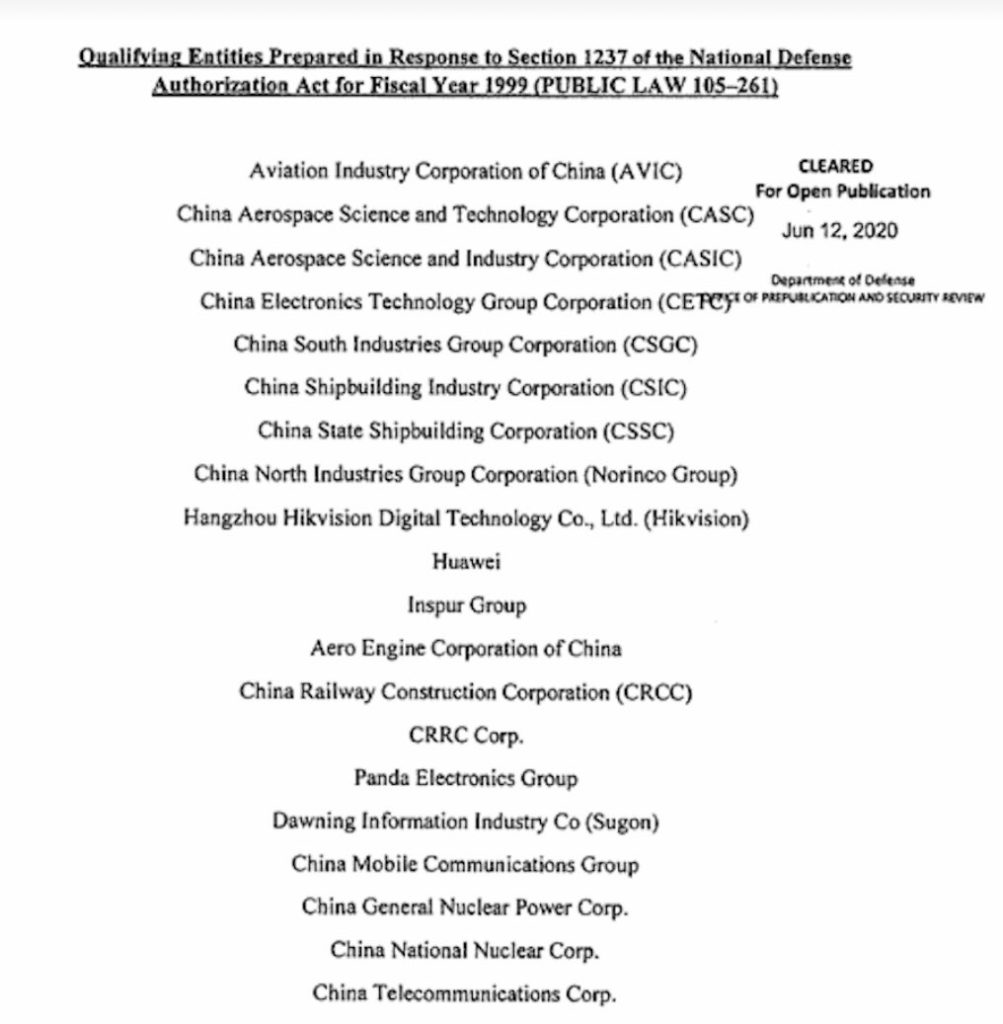 The act states that the president has the authority to impose sanctions against any of the companies listed, which include telecommunications giant Huawei, China Railway Construction Corporation, China Telecommunications Corporation, and Hikvision, which was blacklisted by the US in October 2019 for building surveillance tools that aided in the oppression of Uighur Muslims in Xinjiang.

Huawei has long sparred with the US over allegations that its technology poses a security risk and could act as a backdoor for the Chinese government to spy. US prosecutors have also accused the company of violating sanctions against Iran and stealing trade secrets from US carriers.

The US has lobbied its allies to reject Huawei equipment, resulting in several countries turning down the Chinese firm when planning an expansion of their 5G networks. Huawei has denied allegations of spying and stealing trade secrets.

On Wednesday, Secretary of State Mike Pompeo railed against China and “tools of the [Chinese Communist Party] surveillance state,” specifically calling out Huawei.

“The tide is turning against Huawei as citizens around the world are waking up to the danger of the Chinese Communist Party’s surveillance state,” Pompeo said in a statement on Wednesday.

Florida Sen. Marco Rubio, a Republican who has been consistently tough on China, said in a statement to Financial Times that the list of Chinese entities was “woefully inadequate.”

“The list only touches the surface of the Chinese government’s exploitation of US capital markets at the expense of retail investors and pensioners by omitting the networks of affiliated and subsidiary companies,” Rubio told FT.

In response to the list, Hikvision denied that it was linked to the Chinese military and said it “strongly opposes the decision by the US government to misapply a never-used provision of a 21-year-old law.”

Adding that it will continue to try to resolve these matters with the US government.

The FDA OKs an Extra Vaccine Dose for Immunosuppressed People

“Your Debt Is Someone Else's Asset”: Calls Mount to Cancel Debt & Halt Wealth Transfer to the Rich

“The Dawn of Everything”: David Wengrow & the Late David Graeber On a New...

How To Treat A Summer Cold