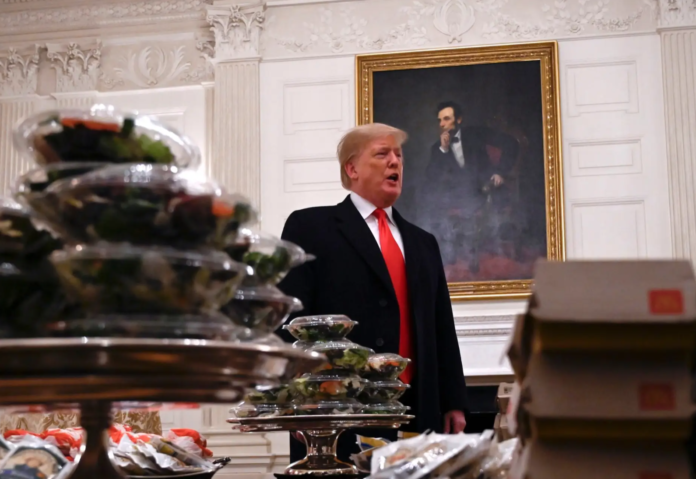 Wendy’s is facing backlash online after Business Insider reported that a franchisee on President Donald Trump’s restaurant-recovery roundtable donated more than $400,000 to reelect the president.

In mid-May, the White House announced that Muy Cos. CEO James Bodenstedt would participate in the roundtable. Muy Cos. owns and operates hundreds of Wendy’s, Taco Bell, and Pizza Hut locations across the US, making Bodenstedt the first fast-food franchisee to publicly advise the White House on how to help the restaurant industry recover from the coronavirus pandemic.

News about the CEO’s donations resurfaced on social media this week. While Bodenstedt is an independent franchisee and Muy Cos. also owns and operates Taco Bell and Pizza Hut locations, Wendy’s has faced the brunt of the backlash.

On Tuesday morning, #WendysIsOverParty trended on Twitter, with thousands of tweets under the hashtag.

The Bureau of Indian Education Hasn’t Told the Public How Its Schools Are Performing. So We Did It Instead.

These Drivers Test Positive For Marijuana More Than Any Other Substance

A Patient in a Psychiatric Ward Was Seen on Video Possibly Being Sexually Assaulted....