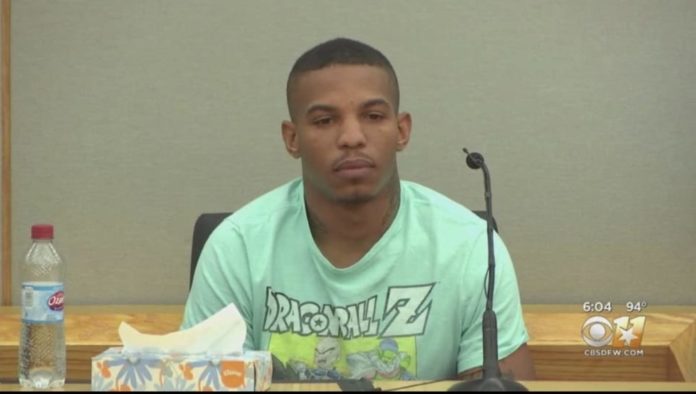 A key witness who testified for the prosecution in the murder trial of Amber Guyger was fatally shot on Friday evening. The details which were originally released by Botham Jean’s attorney, Lee Merritt, are still emerging.

Joshua Brown, 28, lived in the same apartment complex as Jean and Guyger. He was shot several times on Friday by an assailant who is still unknown. Merritt tweeted out the details on Saturday night, saying, “Joshua Brown was shot in his mouth and chest. He was exiting his car at his apt when he was ambushed and shot at close range. His mother asked my office to help find out who murdered her son. She suspects foul play. He had no known enemies. He worked for a living. We need answers.”

In a follow-up tweet, Merritt suggested that the placement of the bullets had not been confirmed and the family was waiting on an autopsy report to definitively say where he was shot.

Brown’s death happened just days after Guyger was sentenced to 10 years in prison. During her trial, Brown broke down on the stand detailing memories of Jean. He also recounted what he heard on the night that 26-year-old Jean was killed. By his recollection, his two neighbors met “by surprise” and there were no verbal commands from Guyger prior to her shooting her victim.

Merritt called his testimony “key” in helping to put Guyger away. In an interview with the New York Times, he added that his death “underscores the reality of the Black experience in America.” He also suggested that Brown lived in “constant fear” that he could also be a victim of gun violence by the state or otherwise.

Details are still materializing as to who was involved with what some are calling an “execution,” but businessman and hedge fund manager Bill Perkins has stepped up to assist, and hopefully expedite the process, in getting to the bottom of it. According to a tweet by Shaun King, which was retweeted by Merritt, Perkins is offering $100,000 for information in Brown’s death.

In a pinned tweet, Perkins says, “Every murder is sad. The particulars around this specific set of circumstances make it important that everyone learn why this happened irrespective of the outcome. Either way a killer needs to be caught and I wish in every case these resources could be brought to bear for justice.”

Trump on verge of 2nd impeachment after Capitol siege