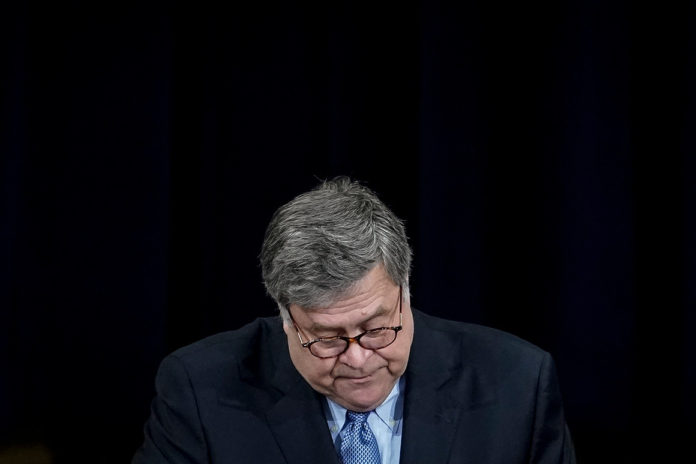 Attorney General William Barr on Monday evening ordered authorities to clear a crowd of protesters that had gathered near the White House, according to a Justice Department official, minutes ahead of President Donald Trump‘s televised address from the Rose Garden.

Barr and other top officials from agencies responsible for securing the White House had previously planned to secure a wider perimeter around Lafayette Square, a federally owned green space just north of the building, in response to fires and destruction caused by protestors on Sunday night.
That plan, developed earlier Monday, would have cleared the area later used for the President’s walk to the nearby St. John’s Episcopal Church for a photo-op by 4 p.m. ET, the official said.
But it never happened. When Barr arrived at Lafayette Square just after 6 p.m. in a scene that was captured on news cameras and elicited heckles from the large, peaceful crowd, the attorney general saw that the area had not been emptied, and told police to clear the area, the official said.
Content by CNN Underscored
Get meat delivered to your doorstep with these services
Dreaming of an indulgent porterhouse for two? Want to be surprised by a mixture of tasty meats, monthly?These delivery services will keep you well-fed as long as you like.
If federal law enforcement was met with resistance by the protesters, crowd control measures should be implemented, Barr had said, according to the official.
The Washington Post first reported Barr’s direct involvement.
Barr had been told that police believed protestors were gathering rocks to throw at law enforcement, and while he was in the park, water bottles were thrown in his direction, the official said. CNN did not witness any water bottles being thrown at the attorney general. Camera footage shows him standing and watching the crowd for several minutes, flanked by a security detail and two senior department officials. 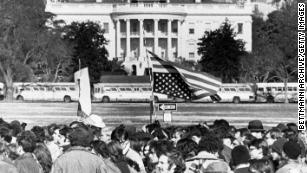 How past US presidents engaged with activists and mass protests
Just before 6:24 p.m., police broadcast their first warning for the crowd to distance. A CNN correspondent reporting from the rooftop of a nearby hotel heard three warnings broadcast over the next 10 minutes as authorities moved closer to the crowd.
At 6:35 p.m., authorities began charging the crowd in lockstep with their shields raised, some using their batons to strike the protestors as gas canisters were deployed.
Trump walked over to the church shortly after 7 p.m.