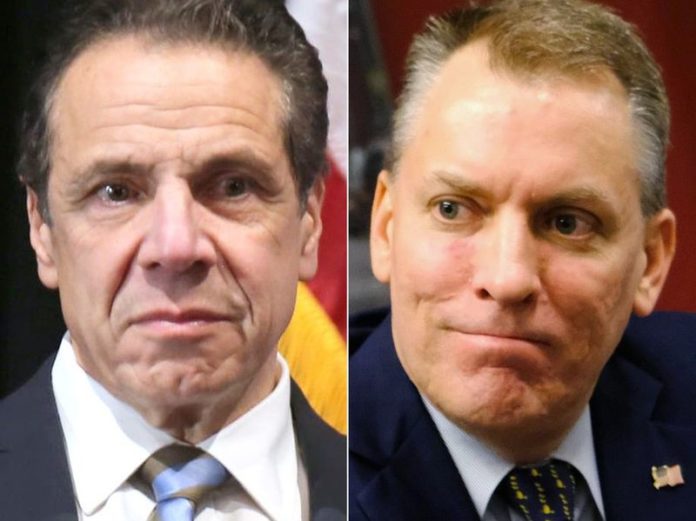 Call it a mea Cuomo.

“I know he called the commissioner directly to apologize that that’s not what he meant, that he did not mean to put down the police officers,” Monahan said. “I hope he would come out publicly and say that again today during his press conferences, because the men and women of this agency have done a remarkable job in probably unprecedented times.”

During his daily press briefing Tuesday, Cuomo bashed how the cops handled massive looting in Midtown and the Bronx the night before.

“The police in New York City were not effective in doing their job last night. Period,” Cuomo said.

His rebuke was quickly attacked by Mayor de Blasio, who came to the NYPD’s defense.

“He dishonored the men and women of the NYPD in an absolutely inappropriate way for any leader to do,” Hizzoner said on 1010 Wins Tuesday. “Any elected official who blames the NYPD while they were out there fighting in the streets to restore order, protect people — that’s disgraceful.” 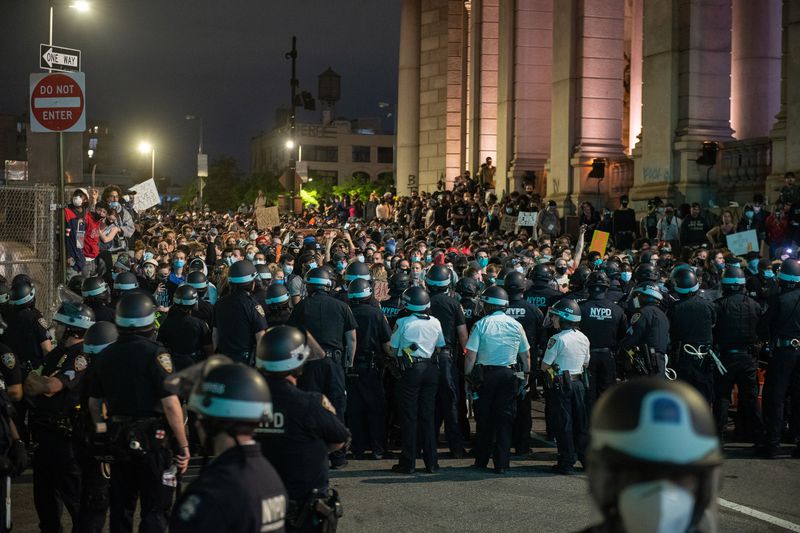 “He owes an apology to 36,000 hardworking men and women who have been putting their lives on the line for all of us,” de Blasio added.

Cuomo later said he wasn’t criticizing the rank-and-file cops, but their leadership.

Monahan, who said that Tuesday’s 8 p.m. curfew helped tamp down looting, said Cuomo needs to join his officers on the front lines to appreciate what is going on in the streets.

“He’d have to come out and see what these men and women are doing,” he said. “Don’t ever call them ineffective.”

During a press conference with Mayor de Blasio, Shea would not divulge what was said in his conversation with Gov. Cuomo.

“I have no doubt the governor cares deeply about all law enforcement,” he said.