The FBI had announced last week that they have opened an investigation into the death of emergency medical worker Breonna Taylor, who was shot and killed in her home by police officers in March. Louisville Metro Police Chief Steve Conrad also announced that he will retire at the end of June according to CBS News.

“The FBI will collect all available facts and evidence and will ensure that the investigation is conducted in a fair, thorough and impartial manner,” Robert Brown, special agent in charge with FBI Louisville, said in a written statement. 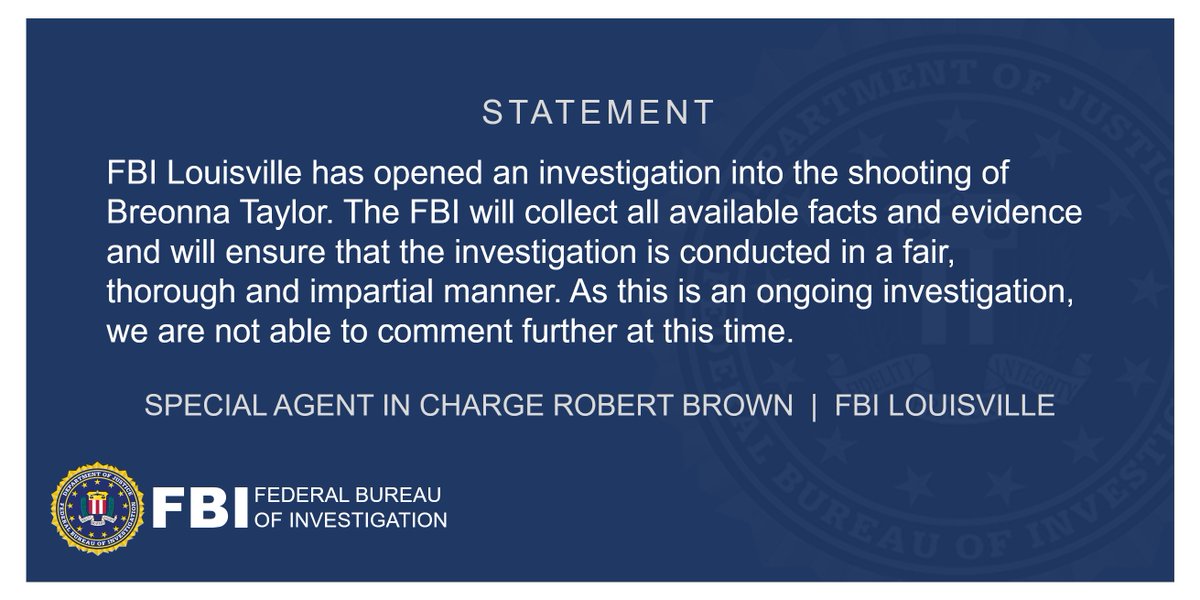 Breonna Taylor was sleeping in her Louisville, KY, home, when three police officers forced their way in and “blindly fired,” killing her, according to a lawsuit filed by Taylor’s family.

The lawsuit states Taylor and her boyfriend Kenneth Walker were sleeping around 12:30 a.m. when plainclothes police officers arrived at the house in unmarked vehicles. The suspect the police were looking for lived on the other side of town–and was already in police custody.

The suit alleges that the officers forced their way in “without knocking and without announcing themselves as police officers.”

No drugs were found in the home.

The Courier-Journal stated that they requested a copy of the investigative findings that were turned over by LMPD to the FBI, but the agency denied the request Thursday, citing an ongoing investigation.

Louisville Metro Police Chief Steve Conrad has announced plans to retire at the end of June.

Mayor Greg Fischer’s office announced it in the wake of Conrad’s management of the department following the fatal shooting of Taylor since last week.

“Being your Chief has been the highlight of my 40-year career in law enforcement,” Conrad wrote in an email to LMPD employees on Thursday according to 89.3 WFPL.

“You all are weathering a lot right now and I know how challenging this is. Approach this as we approach all our struggles – as a team. Look out for each other. Show compassion to the community, even when it might not be shown to you. And remember what a privilege this job is,” he wrote.