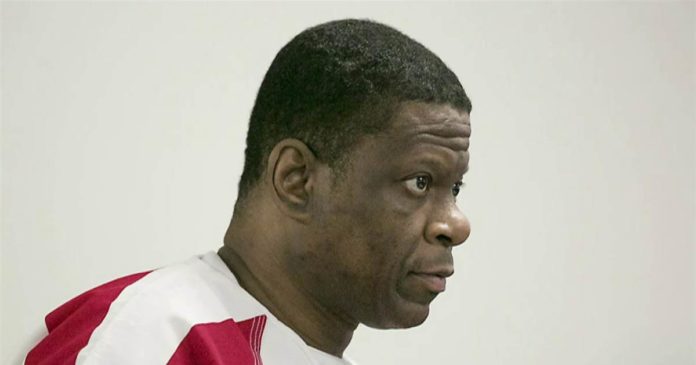 The Supreme Court considers Friday whether to take up the case of Rodney Reed, an African-American death row prisoner in Texas who is scheduled to be executed in less than a week for a murder he says he did not commit. On Thursday, Reed’s family braved the cold to camp outside the Supreme Court for a vigil asking the justices to help halt the execution. Millions of people around the country have joined their cause in recent weeks amid mounting evidence that another man may be responsible for the 1996 murder of Stacey Stites, a 19-year-old white woman. In 1998, an all-white jury sentenced Reed to die for Stites’s murder after his DNA was found inside her body. The two were having an affair at the time of her death. But new and previously ignored details in the case indicate that Stites’s then-fiancé, a white police officer named Jimmy Fennell, may in fact be responsible for the killing. Last month, a man who spent time in jail with Fennell signed an affidavit saying Fennell had admitted in prison to killing his fiancée because she was having an affair with a black man. Despite this, Reed’s execution is scheduled for November 20. We speak with Maurice Chammah, a staff writer at The Marshall Project.