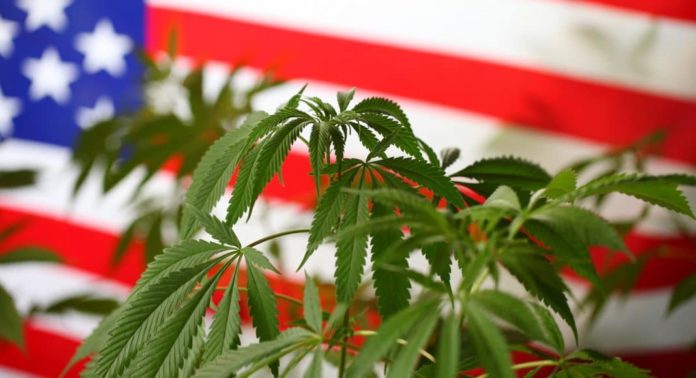 FBI data indicates that drug possession arrests are on the rise again, following a nine-year decline. Here are two facts that, when read side by side, might hurt your brain. A 2018 study found no correlation between legalizing marijuana and crime rates, with some states, like California, actually experiencing a decrease in crime. However, crime is rising as it relates to marijuana in one respect: FBI data shows that marijuana arrests increased for the third consecutive year.

The War on Drugs, despite calls to treat drug addiction as a public health issue, is not over. As the New York Times highlights, drug-related arrests are on the rise once again following a nine-year decline. Arrests tied to drug possession have also increased for the past 30 years, from about 67% in 1989 to just over 86% in 2018. Small amounts of possession account for a large portion of these arrests, too.

An important note: The FBI’s data is imperfect. The federal agency compiles data submitted from 18,586 agencies at the federal, state, and local level. For 2018, only 16,659 jurisdiction sent in data. New York City was among the groups who did not submit.

The data contains another flaw—the FBI only lists the most serious criminal offense in its arrest cause report. That means someone first apprehended for marijuana possession but who was later committed for something like aggravated assault would not be included in these drug-related arrest numbers.

The FBI plans to change that, however. In 2021, the agency will unveil its National Incident-Based Reporting System, which will track crime date on a more detailed level. For example, the amount of drug someone has on their possession when arrested will be recorded. That type of information could influence policymaking.

Authors of a paper titled Sharks and Minnows in the War on Drugs: A Study of Quantity, Race and Drug Type in Drug Arrests used the FBI data in 2004, 2008, and 2012 to analyze 700,000 drug arrests. They found that 40% of all drug possession arrests were for trace amounts—a quarter of a gram or less. Drug possession between a quarter gram and one gram accounted for another 20% of all arrests. That means a majority of all drug arrests from their analysis were for a gram or less.

A big issue, as the Times reported, is that local and state agencies still use arrest numbers as a mark of achievement. By arresting more people, the thinking goes, they are doing more work. But that line of thinking has become outdated in recent years by policymakers and academics alike. You may wonder what police do when the law eliminates drug possession as a cause for arrest.

As it turns out, they do better work. Following legalization in Vermont, the Burlington Police Department decreased roadside traffics stops by 70%; The Stanford Open Police Project reported that roadside searches were cut in half in Washington and Colorado post-legalization. As these arrests falls, a different 2018 study found that police in legal marijuana states made more arrests for violent crimes, burglaries, vehicular theft, and property crime.

“Our models show no negative effects of legalization and, instead, indicate that crime clearance rates for at least some types of crime are increasing faster in states that legalized than in those that did not,” the researchers behind the study wrote.