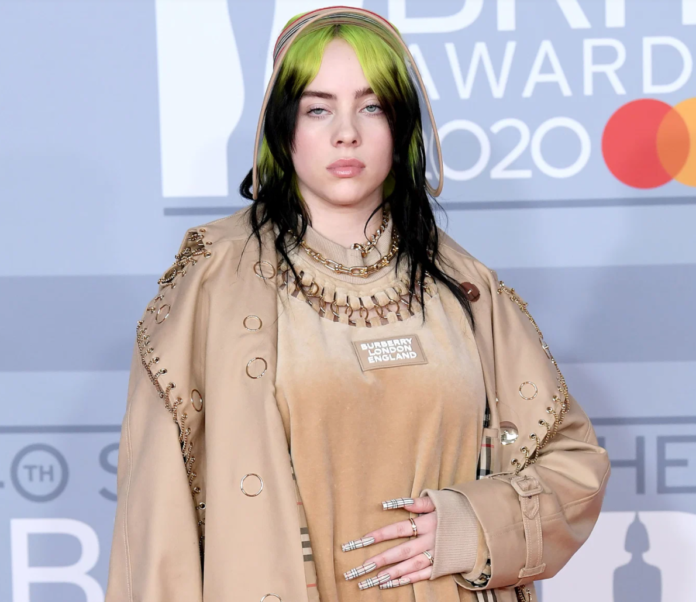 Taking a stand — and proud of it! Tyler Cameron, Kate Beckinsale and more celebrities have openly supported the Black Lives Matter movement, even after receiving negative feedback from some fans.

The Bachelorette alum shared a thoughtful message with his followers on  June 8 after attending a protest with close friend Matt James over the weekend. “I will stand with all of my brothers and sisters because this is not a country that is safe nor fair for all people. Black lives matter more than anything right now,” Cameron, 27, wrote via Instagram. “We need to educate, grow, continue to educate, and keep growing. This cannot just be a moment in time. This has to be a movement that last forever.”

When one social media user wrote back explaining that “all lives matter,” the former reality TV star responded with a helpful analogy. “When people are killing elephants and they become an endangered species, people will say elephant lives matter,” Cameron replied. “It doesn’t mean we don’t give a damn about all of the other animals. The ones endangered need our help the most right now.”

In the months since George Floyd’s death in police custody in Minneapolis, celebrities have been using their platforms to discuss white privilege and racial injustice with their fans. On May 30, Billie Eilish shared a powerful note fighting back at the common retort that “all lives matter” after seeing thousands of Black Lives Matter supporters take to the streets in Floyd’s honor.

“If someone’s house was on fire & someone is stuck in the house, are you gonna make the fire department go to every other house on the block first because all houses matter??? NO!” the Grammy winner wrote at the time. “The slogan of #blacklivesmatter does not mean other lives don’t. It’s calling attention to the fact that society clearly thinks black lives don’t f–king matter!!!!!! And they f–king do!!!!!”

Scroll down to see how other stars are proudly defending their support of the Black Lives Matter movement.

The “Rare” singer opened up about handing over her Instagram account to Black Lives Matter activists to use her platform to raise awareness on the movement. “When all of that started happening, I felt like there wasn’t much I can say,” she explained on Variety’s “The Big Ticket” podcast on September 10. “I’m obviously half Mexican, and I’m from Texas, and that’s a whole other community that gets attacked, but I felt it was necessary to give my platform to someone who does have that experience.”

Gomez continued, “It was almost disingenuous if I post something and give the credit to so-and-so. I want people to hear it from them and from multiple categories of the industry and of the government. Honestly, it was a no-brainer for me.”

During an interview with CBS This Morning on September 1, the “Tennessee Whiskey” crooner said that Black lives “absolutely” matter. “There’s a very broad awakening that’s come about,” he explained. “It’s time for me to listen. It’s time for other folks to listen. I thought we were living in a different country. That’s 100 percent real. The country that I thought we were living in was a myth.”

“I understand people having to make themselves known and felt and seen,” the country legend told Billboard on August 13. “And of course Black lives matter. Do we think our little white asses are the only ones that matter? No!”

The Bachelorette alum took to Instagram to show support for his best friend and for the broader Black Lives Matter movement on June 8. After sharing a number of different resources for his followers, Cameron fired back at an “all lives matter” comment. “No s–t Joanne but black lives matter the most right now because they are the ones whose live are the most at risk,” he wrote. “Here’s an example…I know you have no problem going for a walk in your neighborhood and have no worries at all. That simple freedom isn’t the same for a person of color.”

The “Bad Guy” songstress slammed the idea that saying “black lives matter” takes away from appreciating all lives. “No one is saying your life doesn’t matter,” she wrote in a passionate Instagram statement on May 30. “No one is saying your life is not hard. No one is saying literally anything about you. … Stop making everything about you. You are not in need. You are not in danger.” After explaining the concept of white privilege to her 64 million followers, Eilish concluded, “If all lives matter, why are black people killed for just being black? Why are immigrants persecuted? Why are white people given opportunities that people of other races aren’t?”

When a social media user criticized the Game of Thrones alum for taking part in a protest in California on June 7, after Floyd’s alleged killers had been charged, she reminded her followers that the fight wasn’t over yet. “This isn’t just about those 4 cops, this is about Breonna Taylor, this is about Trayvon Martin, this is about Eric Garner,” she replied via Instagram, referencing other African-Americans who have died at the hands of police. “This is about the systemic racism that black people have faced for hundreds and hundreds of years. This is about changing the system. Justice will be done when society reflects our believes that we are all equal. Until then there should be no peace.”

Before his impassioned speech at a London protest went viral, the Star Wars actor made his feelings about social injustice clear on social media. “I really f–king hate racists,” he tweeted on May 27. After facing backlash from fans who thought the comment was inappropriate, he defended himself and the movement on Instagram Live. “I’m not even apologizing, first of all,” he said in the video. “A black man was just murdered in cold blood in the streets stateside, again, while saying that he can’t breathe. That’s a continuous cycle going on.”

“All lives matter” comments flooded the Long Shot star’s Instagram post after he shared a tribute for Floyd and Black Lives Matter activists. “If this is a remotely controversial statement to you, feel free to unfollow me,” he wrote back. “You don’t deserve my movies anymore.”

“What’s really sad is you being pushy on a post about a woman’s death and saying ‘what about someone else’ actually does a disservice to the person you are trying to illuminate,” the Serendipity star replied to a “mean-spirited” comment about Breonna Taylor’s death after police forced entry into her Kentucky apartment. “Someone posting about one does not imply not caring about another. Don’t make a fight where there isn’t a fight, it’s disrespecting both and all.”

The NBA star had no time for any negativity in his Instagram comments after sharing a snapshot of the new Black Lives Matter Plaza in Washington, D.C. on June 5. “You misspelled ‘black,'” he fired back at a fan who commented that “all lives matter.”

After attending a protest on June 7, the “Walk Me Home” singer received pushback for saying “all lives can’t matter until black lives matter.” When one Instagram user stated that the phrase “black lives matter” is “racist,” Pink quickly shut them down. “Well, all I can say to you then is ‘educate yourself,'” she responded.