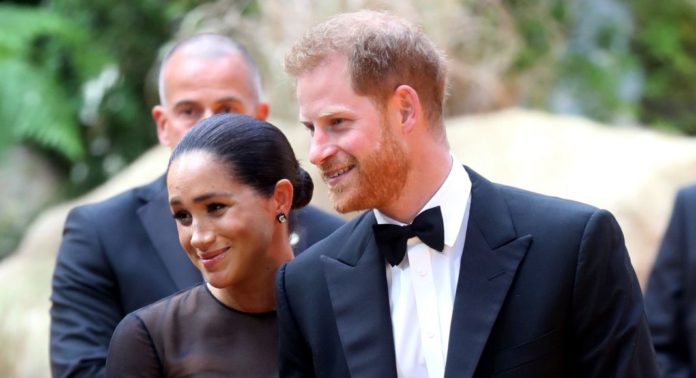 As a consequence of the birth of her firstborn child and in trying to keep the affair as private as possible, Meghan Markle feels more pressured and isolated than ever. A royal source spoke to People Magazine and said: “Meghan has struggled with the intensity of the spotlight. Although she is a former actress, this is on a different level.”

Meghan Markle and Prince Harry have been clear about their desire to keep their life and the first months of their newborn private, choosing to be much more selective about public appearances when compared to Kate Middleton and Prince William.

For the christening of Archie, Meghan and Harry chose to hold a quiet ceremony at the Queen’s private chapel, ensuring for as much privacy as possible. The names of the baby’s godparents were kept private and only two images were released to the press.

People reports that although Meghan is experiencing a tough time, her relationship with Kate Middleton has improved since they’ve found some common ground with the birth of Archie. This new experience has brought them together and made them realize that they have a lot in common, much more than with anyone else. The royal source says that motherhood can be “lonely at times, and you do feel quite isolated. But so many other mothers are going through exactly what you are going through.”

Royal commentator Victoria Arbiter says that babies are “a great leveler” and agents capable of making people take new a perspective and focus on the things that matter the most in the long run. “The minute you’re bonding over your stories and sleepless nights, suddenly all the stuff that mattered before doesn’t matter anymore.”

Average Global Temperature Has Risen Steadily Under 40 Years of Neoliberalism

What’s Polluting the Air? Not Even the EPA Can Say.