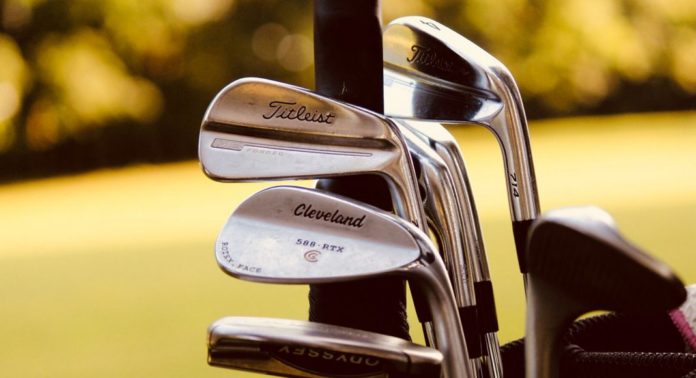 To say that golfers have been secretly flirting with CBD oil over the past couple of years is a bit of an understatement. Tiger Woods and Phil Mickelson were heavily suggested to be consuming CBD-infused gum at recent tournaments this year, including the Masters which Woods won. Then Bubba Watson stepped outside the glass box and announced a multi-year partnership with cbdMD, back in May.

Watson commented at the time that he believed CBD could be used to ease whatever ailments and inflammation he’s accrued over his career. The 40-year-old golfer said CBD would “create longevity” in his career, and that he “had doctors involved to do my research and see what companies out there make a product that’s safe for me and safe for my family. It was a no brainer,” Watson said.

“I think everybody [on the main Tour] was taking a wait-and-see approach,” PGA Champion Tour golfer Scott McCarron told ESPN. “They want to make sure it is legal and there is nothing in it. One of the things with the Tour, to their credit, they put out a statement saying it’s not illegal to take this substance, but you better make sure you know what’s in it.

“There’s so many CBD companies out there right now, that you might not know what’s in it. So if you’re on the PGA Tour, you better do your homework and make sure there’s nothing in it that can give you a positive test.”

Senior vice president of tournament administration Andy Levinson told ESPN the PGA Tour views CBD as a permitted substance under its guidelines. That means any golfer consume CBD will be at their own risk should they take any products that include THC beyond the Tour’s legal threshold, or if their CBD products contain other substances that would qualify as a failed drug test.

This falls in line with a PGA Tour newsletter sent in April to players, warning them “CBD products (like all supplements) pose a risk to athletes” due to lack of government regulation.

“Taking a poorly labeled supplement that is contaminated with a prohibited substance is NOT a defense to a violation of the Program,” the PGA newsletter read. “Therefore, we strongly recommend that if players choose to use supplements, they only use those that are NSF Certified for Sport.”

But McCarron believes CBD will only become more popular for golfers moving forward. That includes everyday golfers hitting the links on the weekend, who might reach for alcohol to calm their nerves while golfing. The more we learn about CBD and demystify it, the more other will embrace it, says McCarron.

“What the perception was, when someone said CBD initially, [was] is it THC, is this marijuana, is it legal?” McCarron told ESPN. “I think there was a misconception of what it really was, a hemp oil. I think there was a lot of buzz about it, but people weren’t really sure. I wasn’t really sure what to think of it. But when you find out what’s really in it, what isn’t in it, that it’s natural and that the levels of THC are so minute, I think it’s going to continue to take off.”

Eating This 5 Times A Week Can Extend Your Life

More Than Half of America’s 100 Richest People Exploit Special Trusts to Avoid Estate...

Federal Marijuana Legalization Bill Will Get A Congressional Vote Next Week, Leader Announces