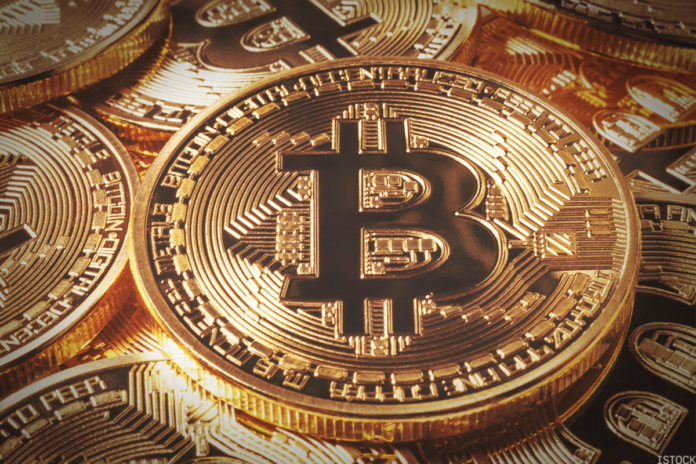 Anonymous bitcoiners are taking the search for a coronavirus vaccine into their own hands – bypassing academia, pharmaceutical companies and the U.S. Food and Drug Administration (FDA). The “biohacking” effort by a group known as CoroHope is crowdsourcing bitcoin (BTC) donations to fund its work. The group claims it has a biologist on board with 10 years’ experience building similar vaccines for the FDA. Prominent community members such as Blockstream co-founder Mark Friedenbach are vouching for the unknown team. (“It is not a scam,” he tweeted.)

“Cryptocurrency is uniquely able to help with this problem because, like us, it’s outside the traditional system. The original backers are bitcoiners, and we’d love to keep working with bitcoin and bitcoin developers on this problem. We need all the help we can get,” a CoroHope spokesperson told CoinDesk by email.

The group sees the FDA as a potential hindrance to finding a vaccine for the rapidly spreading coronavirus because the agency has a stringent approval process that, to the biohackers’ minds, doesn’t necessarily benefit the public.

“FDA-compliant manufacturing is absurdly overregulated: paperwork for the paperwork, quadruple-checking, endless committees … just the worst of bureaucracy. So we can be more nimble,” the spokesperson said.

They noted that it took the World Health Organization (WHO) until Wednesday to declare the coronavirus a pandemic, “which will end up having cost thousands of lives due to continued complacency around the world. Unfortunately, COVID-19 is a global pandemic and frankly we’re not interested in waiting for regulations to try to do good work.”

Like other bitcoin-adjacent endeavors (3D-printed guns, online black markets), this one is likely to be controversial.

FDA-COMPLIANT MANUFACTURING IS ABSURDLY OVERREGULATED … JUST THE WORST OF BUREAUCRACY. SO WE CAN BE MORE NIMBLE.

“I have no concerns with someone trying to develop something in a novel way. Science is all about that,” said Nancy E. Kass, a professor of bioethics and public health at John Hopkins University.

“But it would be harmful, problematic, confusing and misleading to start saying that they have an effective vaccine if that vaccine has not undergone proper safety testing and efficacy testing,” she said, pointing to FDA rules as a guideline.

The CoroHope spokesperson agreed with this sentiment. “We are not some televangelist hawking colloidal silver as a cure-all,” they said. “Even if we have thousands of reports of safe administration of our vaccine … and reports of vaccines tongue-kissing an infected person without incident, we will not declare it an effective vaccine. That is indeed the domain of the FDA, and we do not aim to undermine public trust in the FDA.”

Reached for comment, the Centers for Disease Control and Prevention (CDC) told CoinDesk to contact the National Institutes of Health, which said it had received too many requests to respond. The FDA did not answer a request for comment.

LIABILITY IS THE VERY REASON ITS MEMBERS HAVE CHOSEN TO NOT REVEAL THEIR IDENTITIES, AT LEAST NOT YET.

Since CoroHope is using new means to develop a vaccine, the team is taking a risk. Bryan Bishop, a contributor to Bitcoin Core (the most popular bitcoin full node software), joined the biohacking project “to organize development” – only to quit a couple days later.

“There’s just too much liability,” he said, if the drug has adverse effects on patients who end up using it.

Bishop pointed to a recent New York Times op-ed spelling out some of the perceived issues with health care liability in this day and age, where neither the FDA nor pharmaceutical companies want to be on the hook for things going wrong.

The CoroHope spokesperson said liability is the very reason its members have chosen to not reveal their identities, at least not yet.

“Anonymity is preferable at this stage, as Bryan’s concerns about liability are shared by the rest of the group,” the spokesperson said.

For the same reason, the team is hesitant to reveal some details of the project.

“Whether we have medical personnel, we can not and must not say. We are actively inviting anyone with relevant expertise to join our project, and we encourage them to invest in privacy while doing so, to maximize everyone’s safety working on this endeavor,” the spokesperson added.

CoroHope has received “only a small amount of bitcoin so far,” according to the spokesperson. It’s published an address that as of press time had seen no transactions.

But the group is encouraging donors to get in touch directly to get an individual bitcoin address “because of the privacy-sensitive nature of this endeavor.” (Using fresh addresses for each transaction is considered a privacy best practice because it’s harder for busybodies to trace the flow of funds on the public blockchain.)

While the coronavirus is spreading rapidly, it’s unclear how long it will take for CoroHope to come up with a concoction – or if it will even work.

“This is not a cure​,” CoroHope warns in a document explaining its plans. “Untested vaccines are probably ineffective and come with no guarantees. This is true whether they are developed by a government, a large corporation or a collective of biohackers, just like any other medication. Our highest priority is to ensure that any vaccine we develop is not harmful, and its potential effectiveness is secondary to its safety,”

That sobering disclaimer was added out of “an abundance of caution – underpromise and overdeliver,” said the CoroHope spokesperson.

“Any vaccine like this only has a small chance of working (perhaps 20 percent for [biotech company] Inovio’s vaccine, and less for ours as we don’t have millions of dollars for optimization),” the spokesperson went on. “When doing the cost-benefit analysis, though, even a tiny chance of it working will be worth the investment.”

Other biohackers share this desire to circumvent problems with traditional systems. For example, anarchist and transgender biohackers have been working to produce DIY estrogen and insulin, to avoid a medical system that is often unkind to them.

But while biohacking is a growing movement, biohacking a vaccine is quite novel.

“To our knowledge, no one has yet biohacked a vaccine,” the CoroHope spokesperson said.

A pioneering approach might make more sense with such a uniquely deadly virus, the spokesperson argued.

“COVID-19 is the most dangerous virus since 1918 (though not surpassing that), and certainly since biohacking became a thing,” they said.

CoroHope does, however, have a plan.

Specifically, it is attempting to create a so-called plasmid vaccine, inspired by what Inovio Pharmaceuticals is working on. After successful trials, that publicly traded, Pennsylvania-based company said it will be ready for human trials in April.

The small CoroHope team has one person in an experimental “wet” lab, with another “standing by” if it receives enough crowdsourced donations, as well as a few people on the “non-biology side.”

Ultimately, the group plans to put into the public domain any DNA sequences and hardware it develops so anyone can inspect, modify or use them, much like open-source software.

“Our biologist has manufactured plasmid DNA vaccines at the multi-gram scale for clinical trials,” the CoroHope spokesperson said. “Without too much detail, it was for a government agency, at a contract manufacturer. They have also manufactured biomolecules for over a decade and the experience is all relevant. Any molecular biologist has made plasmids with a kit, but doing it at industrial scale does require specialized knowledge that we possess.”

With initial funding, CoroHope’s first goal is to develop the plasmid DNA vaccine “to design and synthesize the plasmid, perform preliminary testing and send it out to interested labs.”

If the group receives more funding, “we can begin its production, scale-up and distribution,” according to the document. But there are limits to what the group thinks it’ll be able to do.

“While we will be performing quality control testing to ensure that the vaccine is safe, we will be unable to test it in a clinical trial or animal models, and would leave that part of the process to be hashed out by the community,” the document says.

This could be useful since even if Inovio’s or another vaccine is approved soon, manufacturing enough doses for everyone “is going to take some time,” the spokesperson said.

“If someone is at the bottom of the list, they have a right to take their well-being into their own hands. Our end goal is to make our vaccine available to anyone in that situation who understands the risks involved.”