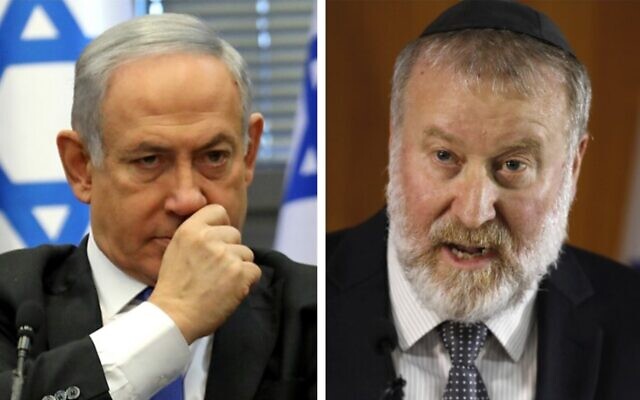 Netanyahu, Israel’s longest-serving prime minister, has cultivated a cult of personality around himself as he has centralized power toward the right. He has in turn obsessed over media coverage about him and his family, and has dismissed any corruption claims as a “witch hunt.”

Netanyahu has denied all allegations. He is under no legal obligation to resign now that he has been indicted. He would only have to step down if convicted, a process that could take many more years.

Still, today’s indictment is a big deal, in part because the attorney general’s 63-page report provides a closer look into the charges and evidence against Netanyahu. Here are the main takeaways.

Case 4000 is the most serious of the charges against Netanyahu: It alleges that between 2012 and 2017, Netanyahu had a “quid pro quo” arrangement with a tycoon who owned a popular news website, Walla, in which Netanyahu wanted favorable coverage.

The businessman, Shaul Elovitch, was then the majority shareholder in Israel’s largest telecommunications company, Bezeq, which owns Walla. Netanyahu is accused of using his political power to shape and ease regulations in favor of Bezeq in return for positive Walla coverage of him and his wife, Sara.

The financial results for Bezeq, the indictment claims, were “huge,” or about 1.8 billion shekels ($500 million).

The indictment claims that “Elovitch made explicit links” between ensuring positive coverage of Netanyahu in Walla and the prime minister helping Bezeq. Elovitch’s wife was allegedly also involved and “complied” with the Netanyahus’ demands regarding media coverage in return for the prime minister promoting and pushing for Bezeq’s business interests.

“The Elovitches also made it clear to various parties in Walla that Netanyahu and his family’s image should be improved in order to make their desired regulatory decisions,” the indictment continues, describing it as a “give and take.”

The appendix chronicles the drama, from Elovitch ordering news taken down, headlines and pictures changed, and even a live feed of an anti-Netanyahu protest cut from the website — all at the behest of the “clients,” i.e. the Netanyahus.

The indictment further alleges that Netanyahu and Elovitch concealed their relationship from officials and that “the Elovitch couple worked to destroy evidence found on their mobile phones.” They also instructed then-Walla chief executive Ilan Yeshua to do the same.

“Mr. Netanyahu used his power and authority as a public servant to promote issues that he was interested in promoting — for him, for Bezeq or for various companies in the Eurocom group, through which he controlled Bezeq and Walla,” the charges conclude.

Both Elovitches have also been charged with bribery and obstruction of justice and denied all the allegations.

In this case, Netanyahu is accused of agreeing with Arnon Mozes, the owner of Israel’s best-selling daily newspaper, Yedioth Ahronoth, to push to limit the circulation of a rival newspaper in exchange for more positive coverage.

Here’s the strange part: Netanyahu and Mozes have long had a testy relationship, but the prime minister is allied with the other newspaper in question, Israel Today. That paper, distributed free, is owned by U.S. casino mogul and Republican donor Sheldon Adelson and widely seen as a mouthpiece for Netanyahu.

The indictment addresses these twists.

“Throughout many years, Netanyahu and Arnon (Noni) Mozes have had a relationship of deep rivalry. However, over the years, the two held a series of meetings. … During each of the aforementioned meetings, Netanyahu and Mozes held discussions on advancing their mutual interests: improving Netanyahu’s coverage in Yedioth Ahronoth and imposing restrictions on the free ‘Israel Today’ newspaper, (owned by Sheldon Adelson) which was of great economic significance to Mozes and the Yedioth Ahronoth group.”

The indictment claims that on Jan. 4, 2014, in the lead-up to an election, Mozes offered Netanyahu a bribe: His paper would be kinder if the prime minister would help to advance legislation to limit Israel Today’s circulation (which, as a free newspaper, was upending Israel’s media market).

Netanyahu didn’t take the bribe and never fully followed through, but he didn’t tell Mozes that, the indictment claims. In this way, Netanyahu got his coveted positive election coverage without having to lose anything, it concludes.

“Netanyahu did not refuse the bribe and did not stop talking to Mozes,” the indictment concludes. “He continued to hold a long and detailed conversation with Mozes about the elements of the proposal and presented him with a real possibility that he would use his governing power to promote beneficial legislation with Mozes.”

This, in turn, allegedly caused “Mozes to positively influence his coverage” of Netanyahu, and limit negative coverage of his family, as long as the talks between the two continued.

Mozes was charged with offering a bribe; he denied the allegation.

The final case accuses Netanyahu of receiving “a supply line of gifts” from Arnon Milchan, a film mogul, and Australian billionaire James Packer in exchange for favors from the prime minister.

According to the indictment, Milchan and Packer gave Netanyahu and his wife almost 700,000 shekels (about $200,000) worth of gifts, mainly consisting of cigars and champagne.

“In view of the numerous links between the Netanyahu and Milchan, Netanyahu should refrain from engaging in Milchan’s affairs as part of his duties,” the indictment says.

But that’s not what happened, it claims. Instead, between October 2011 and December 2016, Netanyahu allegedly tried to help Milchan’s business interests in a number of ways. According to the indictment, the prime minister on two occasions lobbied U.S. officials to get Milchan a visa, and in another incident appealed to then-Finance Minister Yair Lapid to extend income tax breaks to the businessman. In Netanyahu’s capacity as minister of communications — a position he occupied because it was vacant at the time — the prime minister tried to help push through a merger beneficial to Milchan, the indictment says.

“With these actions the defendant Netanyahu carried out acts of breach of trust that gravely hurt public trust and clean conduct,” the indictment says.

Here’s What Actually Happens on a Plane Between Flights

How to build a solar microscope