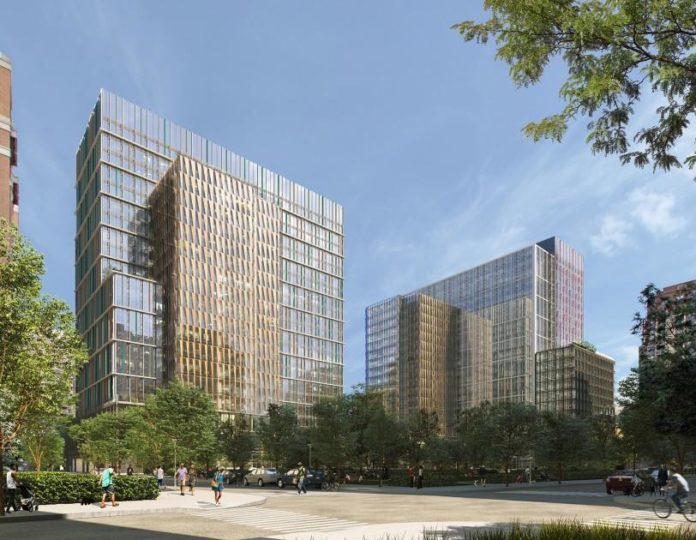 Amazon’s Virginia headquarters is years away from becoming a reality, but it’s already driving up housing prices. That’s the conclusion of real-estate brokerage Redfin, which found local residents anxious to buy and sellers reluctant to sell as they expect the ecommerce company’s “HQ2” hub to further push up real estate costs.

The northern Virginia cities of Alexandria and Arlington are now the two most competitive housing markets in the country, respectively, according to a Redfin report. Arlington’s Crystal City neighborhood, directly across the river from Washington, D.C., is the intended site of Amazon’s second headquarters, which will eventually employ some 25,000 people. Alexandria borders Crystal City to the south.

“Right now, sellers are reluctant to list their homes because they don’t want to sell before the market peaks, and that accelerates the competition,” said Redfin chief economist Daryl Fairweather.

She added, “When HQ2 was announced, our [website] traffic spiked — literally on the day that announcement was made.

Mara Gemond, a Redfin listing agent who works in northern Virginia, said she’s seen above-average interest from prospective buyers for this time of year, with long-time residents deciding they need to buy as soon as possible. That’s even though Amazon has yet to hire its first 400 people for HQ2.

“Even though no one I personally work with is employed by Amazon, virtually every conversation touches on Amazon,” she said. “Virtually all of them say, Amazon is coming to town, and prices are going to keep going up.”

Renters, too, are being caught up in the speculative frenzy.

“We’re seeing increases in monthly rents of $100 to $150 a month. That’s forcing a lot of people to leave their communities,” said Danny Cendejas, an organizer with the local social-justice group La ColectiVA. “In the past three months alone, there have been six or seven families who have moved out to parts like Maryland or suburbs in Prince William county.”

Woodbridge — one of the largest cities in that county — is No. 9 on Redfin’s list of most competitive cities, defined as an area where homebuyers are most likely to face a bidding war. Others on the list include familiar names like Oakland, California; Tacoma, Washington; Beaverton, Oregon; and Lakewood and Littleton, in Colorado.

A separate report last month, from Realtor.com, noted that listing prices in Arlington shot up by $110,000 from the year before.

Arlington and Alexandria have vowed to put $150 million toward affordable housing in the next decade—several times the $23 million in incentives the town voted to offer Amazon. Alexandria this year approved an ordinance allowing the building of smaller homes, often called “in-law units,” on existing properties. But it’s slow going, and critics doubt it will be enough.

“Unless questions of housing density, affordability, and transit expansion are fully addressed, Amazon’s headquarters will lower the quality of life of many residents,” the political group New Virginia Majority wrote in a recent report . “Seattle’s experience is instructive.” In the last decade, sales prices in the city, home to housing Amazon’s current headquarters, have doubled.