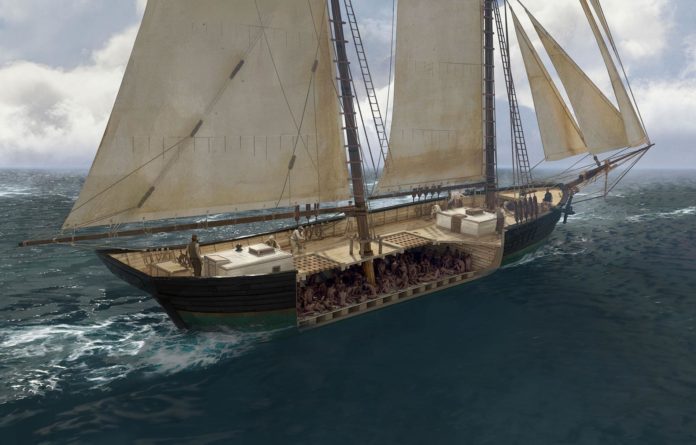 Four hundred years ago the first slave ship docked on North American shores, launching a chapter of the trans-Atlantic trade that saw more than 12.5 million people kidnapped from Africa and sold at ports throughout the Americas. In the United States, their story begins with the Portuguese ship San Juan Bautista, which picked up 350 captured people in what is now Angola in 1619. After illness and a pirate attack took its toll, around 20 African men and women were diverted on an English ship called the White Lion to Point Comfort in Virginia, then a British colony, and sold into slavery [Source: NationalGeographic.com]. 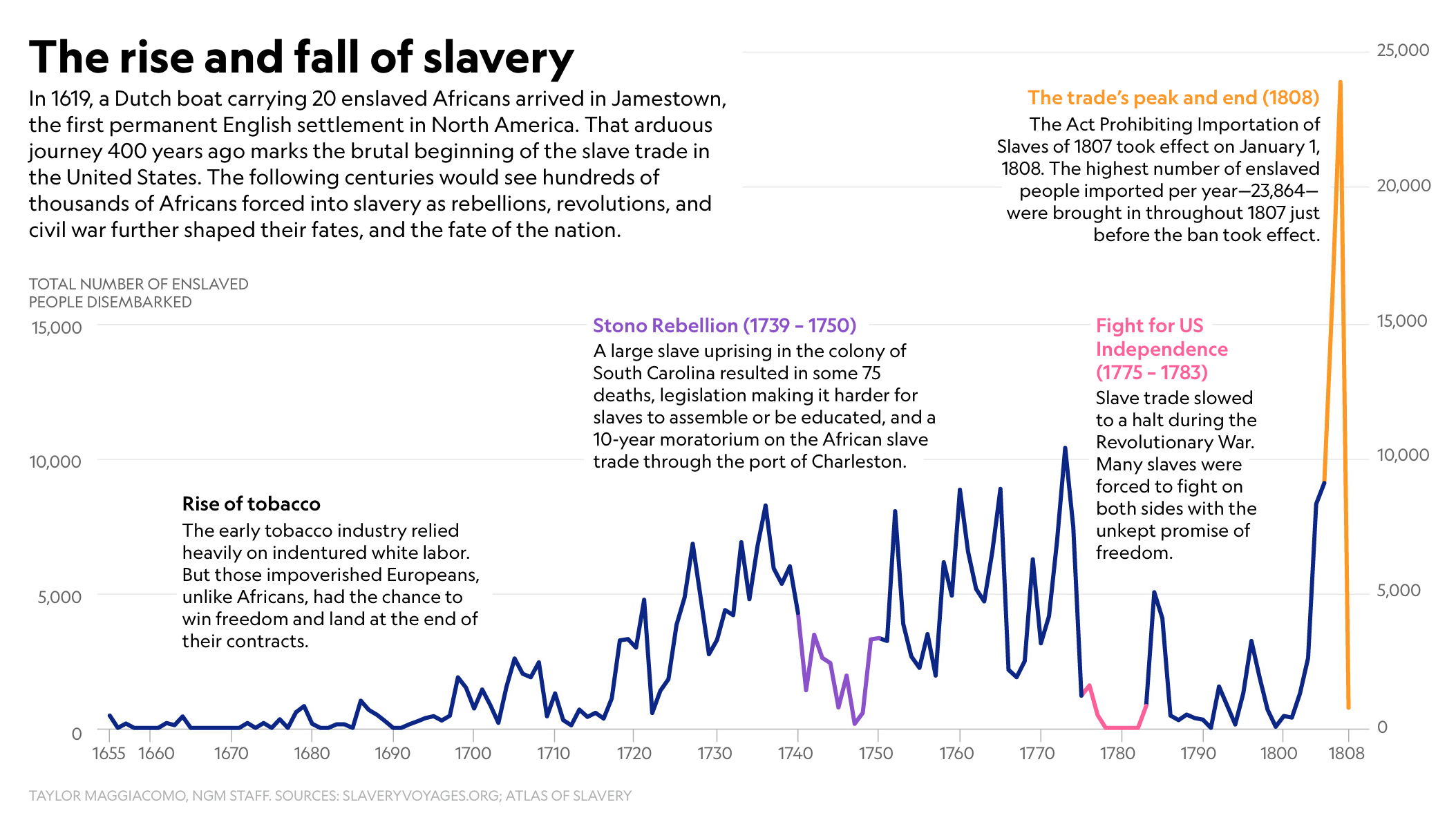 In the years following, ships transported at least 400,000 slaves from Africa to ports in New England and the southern states. Their free labor allowed the tobacco, cotton, and sugar industires to flourish. The importation of slaves was banned in 1808, but the trade continued. In 1860, a United States census counted nearly four million enslaved people living in the country. The Civil War was fought between abolitionists and the pro-slavery Confederacy, until the Emancipation Proclamation freed slaves in 1863. Two years later, the passage of the Thirteenth Amendment officially abolished the practice and ended 246 years of slavery. 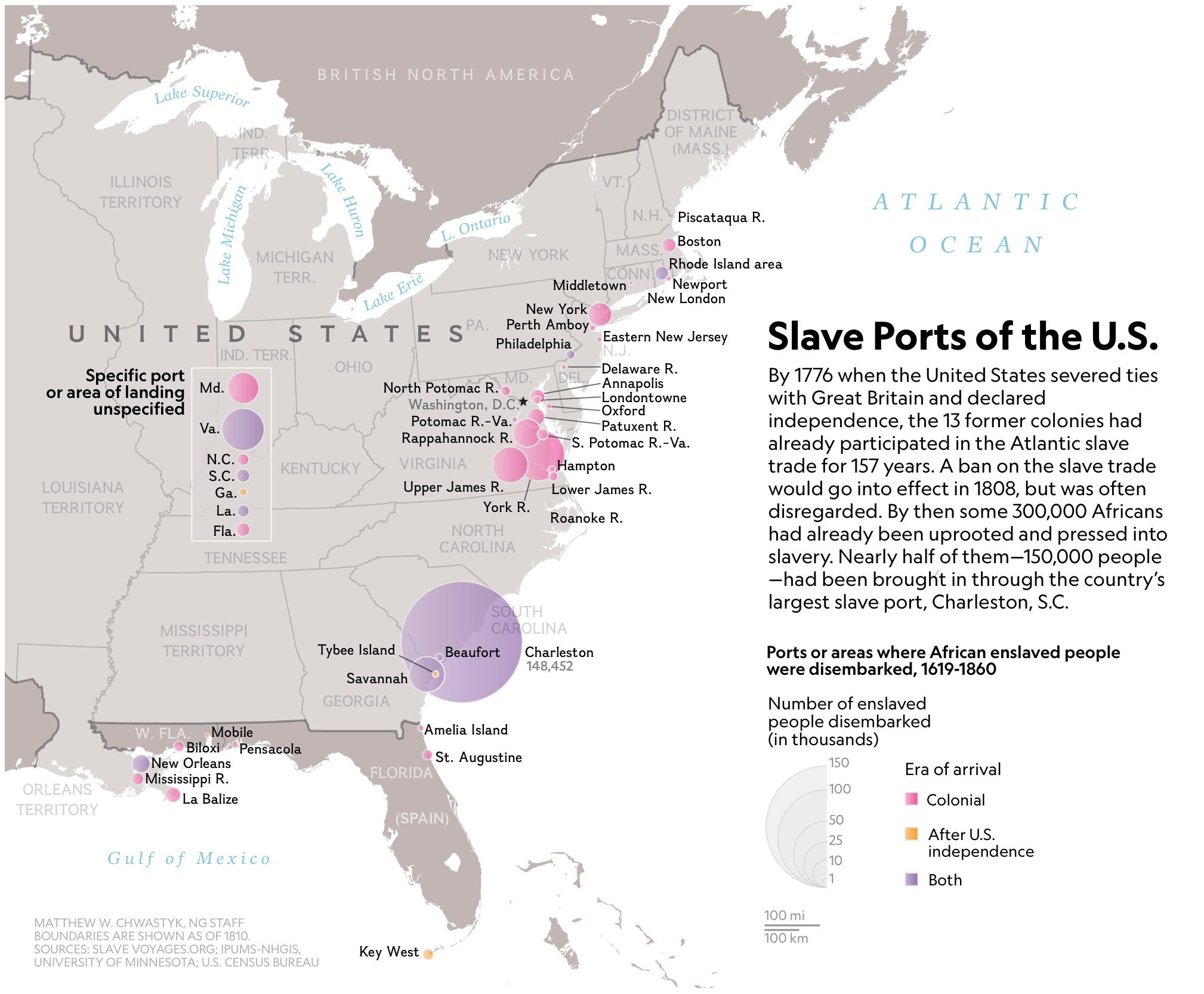 As the United States continues to grapple with the legacy of those centuries, archaeology is helping answer some of these questions. Excavations of plantations have turned up artifacts like handmade jewelry and pipes that shed light on the little-known personal lives of enslaved Africans. In 2019, scientists pulled DNA from a 19th century pipe and traced it back to Sierra Leone. In the deep sea, a group of marine archaeologists called Diving With a Purpose is searching for wrecks of slave-carrying ships and parsing the stories of those transported across the Atlantic. Four hundred years after those 20 Angolans arrived, little is known about the millions of enslaved people who shaped America’s formative years. 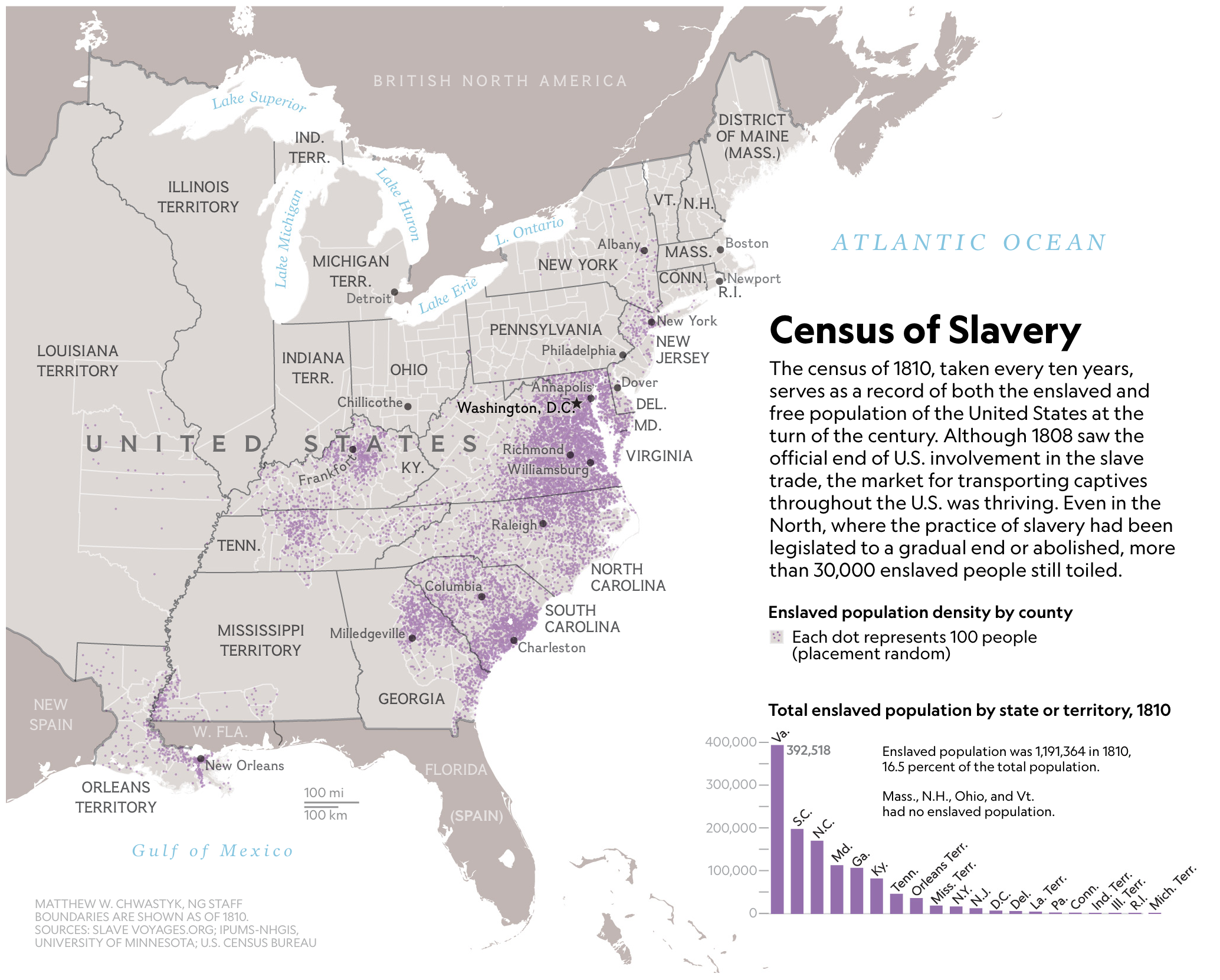 Will Weed Ever Be Federally Legal In The US? What The Experts Say

Why Prince Harry Didn’t Go To University Like His Brother