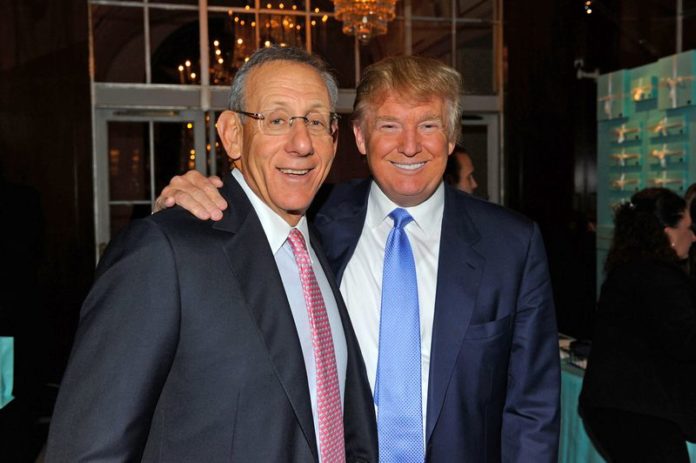 Ross, a fellow New York real-estate tycoon, is chairman and founder of Related Companies, and owner of the Miami Dolphins. Related Companies is parent company of Equinox, SoulCycle, Blink Fitness, and PURE Yoga.

While CEOs and other leaders of consumer-facing brands have been careful around showing support for political candidates, Ross isn’t exactly the only prominent business person who has supported Trump.

Here are other business leaders and founders who have thrown dollars behind the president.

These business leaders have funded Trump. [CORRECTION: An earlier version of the graphic in this article included an incorrect image for Howard Lorber.]

How Marijuana Helps These Guys Be Better Dads

“Blackness Itself Is the Crime”: Bishop William Barber on Racism in the Ahmaud Arbery...