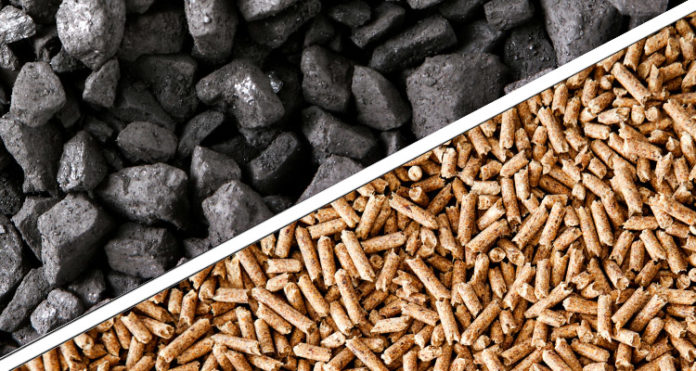 A pre-eminent think tank in the United Kingdom, Chatham House, issued a seminal report last week challenging a fundamental assumption underlying European renewable energy policy: that burning forest biomass to produce electricity is “carbon neutral.” The report, Woody Biomass for Power and Heat: Impacts on the Global Climate, finds that many forms of forest-derived biopower are likely increasing carbon pollution rather than reducing emissions and calls for restrictions on existing government incentives for the biomass industry in the EU.

The context for this analysis is a cross-Atlantic dirty energy boom, fueled by misplaced subsidies intended to promote clean energy. Currently energy companies are cutting U.S. forests and producing wood pellets to export to EU markets, claiming that biomass fuel is clean and renewable. These exports are driven by generous EU renewable energy subsidies that erroneously reward all forest biomass as “carbon-neutral”—equivalent to non-polluting sources like solar and wind energy. In other words, when counting carbon pollution at a biomass power plant, EU regulators treat the discharge from the smokestack as zero carbon, even though biomass combustion releases carbon emissions at levels comparable to fossil fuels.

The Chatham House report is the capstone to a growing body of peer-reviewed scientific analyses—including the UK government’s own modeling—that show forest biomass is not carbon neutral. It underscores that in many cases forest biomass produces more emissions than fossil fuels and these emissions persist in the atmosphere for decades.

The report provides exhaustive research and deliberate reasoning to debunk the industry-promoted myths underlying the EU’s misplaced carbon-neutrality assumptions. Here are a few of their top-line conclusions and recommendations:

Biomass Plants Pollute at the Smokestack at Levels Comparable to Fossil Fuels.

Since wood has a lower energy content compared with fossil fuels while also having a higher moisture content, its combustion for energy usually emits more carbon per unit of energy produced than fossil fuels. The Chatham House study, citing numbers from the IPCC confirms this fact:

… in most circumstances, comparing technologies of similar ages, the use of woody biomass for energy will release higher levels of emissions than coal and considerably higher levels than gas.

Burning Biomass Produces a “Carbon Debt” Which is Not Automatically Offset by Forest Regrowth.

The report goes on to underscore a fundamental flaw underlying the arguments of biomass proponents: namely, since forests can regenerate over time and sequester carbon in the process, this regrowth balances or offsets the stack emissions produced by burning wood for energy. The report rejects this overly simplistic error and instead stresses that biomass burning creates a “carbon debt”—excess carbon in the atmosphere—and that the intensity and duration of this debt depends on the type of forest biomass burned (for example, whole trees versus logging residues versus mill waste). In sum it confirms the findings of many prior scientific inquiries that not all biomass is created equal and burning whole trees in particular is always detrimental to climate.

The harvesting of whole trees for energy will in almost all circumstances increase net carbon emissions very substantially compared to using fossil fuels. This is because of the loss of future carbon sequestration from the growing trees—particularly from mature trees in old-growth forests, whose rate of carbon absorption can be very high—and of the loss of soil carbon consequent upon the disturbance.

The use of sawmill residues for energy has lower impacts because it involves no additional harvesting; it is waste from other operations of the wood industry. The impact will be most positive for the climate if they are burnt on-site for energy without any associated transport or processing emissions.

While wood pellet manufacturers in the U.S. southeast claim that most of their wood pellets are produced with residues, the report shows that about three quarters of the pellets from the southern U.S. came from whole trees and residues accounted for only a quarter.

These two examples from the study show that when biomass is burned it releases carbon emissions immediately and this carbon debt lasts anywhere from a few years to many decades (often called the “payback period”)—depending upon the type of feedstock used. But carbon emissions from burning forest biomass will have real consequences for climate in the near term—and not just some distant future 100 years from now. These near-term “tipping points” include melting glaciers, sea level rise, disruptions to agricultural systems and effects on human health. So only those feedstocks that reduce emissions in the short term will provide climate benefits. The Chatham House study confirms this finding:

Some have argued that the length of the carbon payback period does not matter as long as all emissions are eventually absorbed. This ignores the potential impact in the short term on climate tipping points (a concept for which there is some evidence) and on the world’s ability to meet the target set in the 2015 Paris agreement to limit temperature increase to 1.5 C above pre-industrial levels, which requires greenhouse gas emissions to peak in the near term. This suggests that only biomass energy with the shortest carbon payback periods should be eligible for financial and regulatory support.

Many biomass proponents like to argue that biomass fuel sourced from a region where the net forest growth is positive or where sustainable forestry is practiced—is carbon neutral. Such logic is nonsense. Rates of forest growth simply cannot detect, quantify or reflect the carbon emissions from an individual biomass-burning facility and it does not establish a proper baseline for accounting or a cause-and-effect between the power plant and the region’s forests. The Chatham House study flatly debunks this industry myth:

It is often argued that biomass emissions should be considered to be zero at the point of combustion because carbon has been absorbed during the growth of the trees, either because the timber is harvested from a sustainably managed forest, or because forest area as a whole is increasing (at least in Europe and North America).

These arguments are not credible. They ignore what happens to the wood after it is harvested (emissions will be different if the wood is burnt or made into products) and the carbon sequestration forgone from harvesting the trees that if left unharvested would have continued to grow and absorb carbon. The evidence suggests that this is true even for mature trees, which absorb carbon at a faster rate than young trees.

Among the report’s many recommendations, three stand out as rejecting the fundamental carbon neutrality assumption underlying the EU’s Renewable Energy Directive and restricting financial support only to biomass feedstocks that actually reduce carbon emissions in the short term—mill residues and post-consumer waste.

Burning forest biomass is not a climate solution. It often worsens climate change by emitting more carbon than burning coal. These findings have now been corroborated by an established UK institution with a history of independent and rigorous research. It should serve as a wake-up call to policymakers in both the UK and EU that their renewables incentives and subsidies aimed at reducing carbon emissions from power plants are—in the case of forest biomass power—likely having the opposite effect and making our climate problems worse.

Sami Yassa is a senior scientist for the Natural Resources Defense Council.