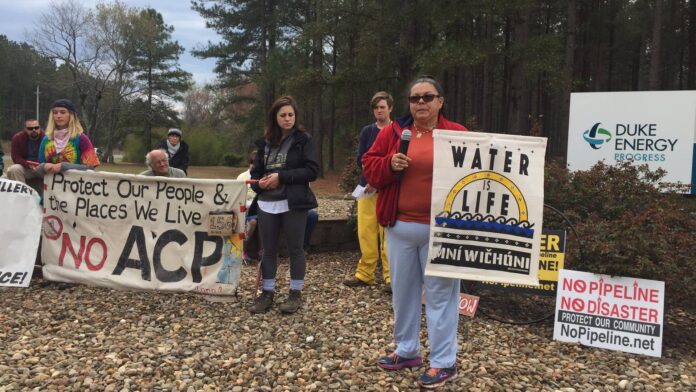 Anti-pipeline activists are celebrating after Duke Energy and Dominion Energy announced they are dropping plans to build the Atlantic Coast Pipeline, a 600-mile pipeline that would have carried fracked gas from West Virginia to North Carolina and threatened rural Indigenous, Black and Brown communities. “There was an awful lot of opposition to this,” says Donna Chavis, senior fossil fuel campaigner for Friends of the Earth and an elder of the Lumbee Nation, whose territory the pipeline would have crossed. She says the communities that would have suffered “irreparable harm” from the pipeline “now have that cloud lifted from them.”