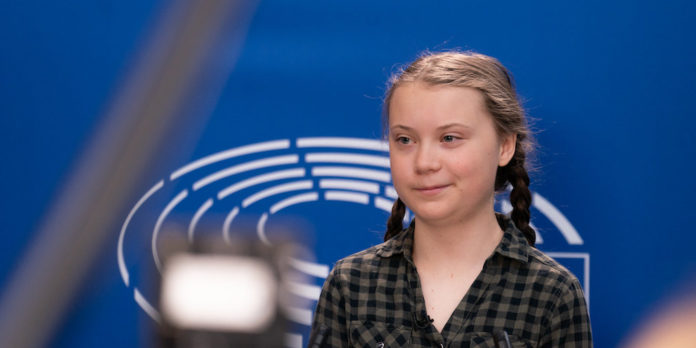 Swedish climate activist Greta Thunberg has announced that she will sail from Europe to North America in August, as part of a months-long climate tour around the Americas.

The 16-year-old started a strike from school in her hometown of Stockholm in August 2018 to protest government inaction on the climate crisis. Since she started striking, the movement has gone global, with an estimated 1.6 million students worldwide participating in demonstrations in March.

Thunberg is now taking a sabbatical year from school, and is hoping to meet with people on the front line of the climate change movement during her trip to North America, which will include visits to Canada, Mexico and Chile. Departing from the U.K. in mid-August, she will join large-scale climate demonstrations timed to Climate Week in New York City starting September 20, and will speak at the United Nations Climate Action Summit on September 23.

Thunberg hinted at such a journey in April, when TIME traveled with her by train from London to Stockholm. The teenager avoids air travel because of the high levels of carbon emissions caused by airplanes and has so far traveled by train around Europe for speaking engagements, where her frank speeches directed towards world leaders have garnered international attention. For her Americas trip, Thunberg will be sailing on board a zero-carbon racing boat called Malizia II, fitted with solar panels and underwater turbines to generate electricity on board the vessel. The journey from the U.K. to New York will take approximately two weeks.

”It is more and more likely that the IPCC projections are too optimistic in the Arctic.”#ClimateEmergency #EcologicalEmergency https://t.co/nZJcJcr1MH

“We still have a window of time when things are in our own hands. But that window is closing fast. That is why I have decided to make this trip now,” Thunberg said in a statement. “During the past year, millions of young people have raised their voice to make world leaders wake up to the climate and ecological emergency. Over the next months, the events in New York and Santiago de Chile will show if they have listened. Together with many other young people across the Americas and the world, I will be there, even if the journey will be long and challenging. We will make our voices heard. It is our future on the line, and we must at least have a say in it.”

The original version of this story misstated Thunberg’s departure location. She is departing from the U.K., but the exact location has not been disclosed.