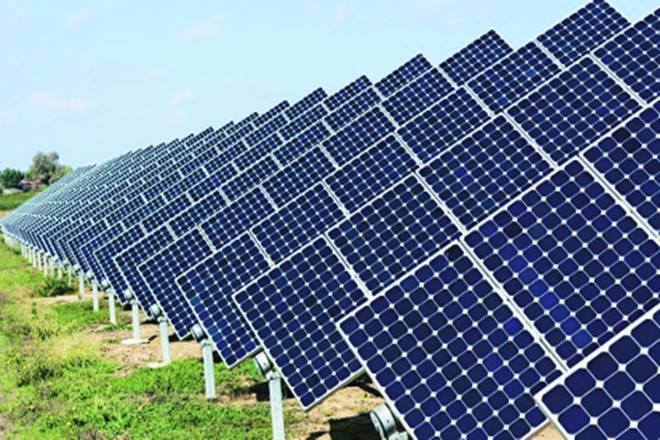 Scientists at IIT Hyderabad have developed low-cost, environment-friendly solar cells by employing an off-the-shelf dye used to make kumkum or vermilion in India. The dye-sensitised solar cell (DSSC) is based on New Fuchsin (NF) dye with aqueous electrolyte and platinum-free counter electrodes, according to the research published in the Solar Energy journal.

The most familiar solar cells today are made up of silicon and can be seen in the various overhead panels and other places, noted Professor Sai Santosh Kumar Raavi from Department of Physics, Indian Institute of Technology (IIT) Hyderabad. However, this technology is limited by huge fabrication costs as silicon processing is very expensive and involves very high temperature methods that leave a large carbon footprint, Raavi, who led the project, told PTI.

In order to get around the limitations of using silicon, the IIT Hyderabad team started working on solar cells based on organic materials, which were supposedly inexpensive and easy to fabricate. However, there were many drawbacks impeding the organic photovoltaic technology as organics (plastic) are less robust.

Many dye molecules developed for efficient DSSC devices are very expensive and toxic upon ingestion. Also, most DSSC devices tend to get degraded as they come in contact with atmospheric moisture, Raavi said.

Since 2010, lot of efforts have been made to use water-soluble natural and synthetic dyes to make water-based solar cells. In their latest work, Raavi’s team consisting of researchers from Department of Physics and Chemistry (IIT Hyderabad), ARCHEM (University of Hyderabad) NIT Kurukshetra and IFSC-USP, Brazil, employed a very cheap magenta-dye called New Fuchsin, which is used to make kumkum or vermillion when grounded with turmeric.

“It’s cheap, non-toxic and is soluble in water and importantly does not degrade in the presence of water,” Raavi said. Dye-sensitised solar cell (DSSC) is a third-generation thin-film organic molecule-based energy conversion device.

“DSSC takes its inspiration from nature, almost mimicking the primary process of photosynthesis the phenomenon in plants,” Raavi explained.

DSSC consists of three components: A monolayer of dye molecule adsorbed on semiconductor material, titanium dioxide (TiO2) deposited on transparent conductive oxides, like indium tin oxide (ITO) and a liquid electrolyte with an excess of electrons. Sunlight is absorbed by the dye molecule and gets excited. The electrons from the excited dye molecule get injected into the conduction band of TiO2.

“The electrons are transported to the charge collector. The dye cation (after losing its electron) takes an electron from the surrounding electron-rich liquid electrolyte. The counter electrode, typically, is platinum-coated ITO,” Raavi said. DSSCs, Raavi noted, are generally considered eco-friendlier to produce than conventional solar cells because they require little energy to manufacture.

The best performing DSSCs use organic solvent-based liquid electrolytes. These liquid-electrolytes come with various drawbacks such as high vapour pressure, toxicity and sometimes explosives resulting in severe environmental impact in addition to being corrosive to the platinum counter-electrodes, thereby limiting long-time stability of the devices.

“In spite of extensive search for various alternatives, to address the fore-mentioned issues, one of the most important aspects still unresolved in the DSSC community is the contamination of standard aprotic DSSC systems by means of moisture or water,” Raavi said. “In this scenario, focus on dye-sensitised solar cells which are inherently in the aqueous medium have taken precedence,” he said.

“In view of being cost-effective and stable in the aqueous environment, an ideal DSSC should consist of inexpensive sensitiser, water-based non-toxic electrolytes, and platinum-free counter electrode, giving the true definition of ‘green’ photovoltaic device,” said Raavi.

The best device, he said, showed a photoconversion efficiency of about three per cent which is among the best obtained with DSSC with other natural photosensitisers with a simple molecular structure. This technology using NF dye, researchers said, could be used to build integrating photovoltaics.

NF is an inexpensive dye available off-shelf in most supermarkets in India, and in its purest form costs USD two per gramme. By the choice of cell components during the fabrication, a low-cost eco-friendly DSSC based on NF dye with aqueous electrolyte and platinum-free counter electrodes is achieved, Raavi said.

“The idea of this work is not to run behind the best efficiency. Sometimes, the cost for achieving the highest efficient device overwhelms the actual motivation behind developing a particular class of solar cell technology- which is to be eco-friendly and inexpensive,” he added.