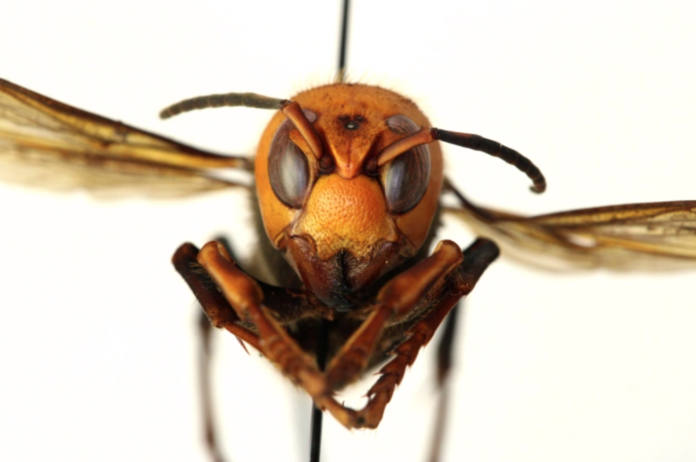 In a statement on Friday, the Washington State Department of Agriculture said entomologists discovered the nest inside the cavity of a tree on a property in Blaine, a small town on the state’s northern border with Canada.

The agency said its team observed “dozens” of hornets entering and exiting the tree.

It plans to try to eradicate the nest on Saturday, after poor weather forced it to delay plans to dismantle it Friday, it said.

“Asian giant hornets, an invasive pest not native to the US, are the world’s largest hornet and a predator of honey bees and other insects,” the department’s statement read. “A small group of Asian giant hornets can kill an entire honey bee hive in a matter of hours.”

The two-inch insects, dubbed “murder hornets” because of their strong sting that can be fatal to some humans, especially after repeated stings, were first spotted in the US in December 2019 when the Washington State Department of Agriculture verified two reported sightings near Blaine.

More sightings were reported in Washington State throughout the year.

The agriculture department said in September that it hoped to find and eradicate the hornets’ nest by mid-month before new queens emerge and mate, which would help it “prevent the spread” of the invasive species.

The hornet has also been sighted in the Canadian province of British Columbia, just north of the Washington State border.