“I’ll of course hear what the lawyers have to say for each side. But I think it’s pretty clear that the effort is constitutional,” Romney told CNN’s Dana Bash on “State of the Union.”
The Utah Republican said that he’s reviewed law review articles, which have shown that “the preponderance of the legal opinion is that an impeachment trial after someone has left office is constitutional.”
“I believe that what is being alleged and what we saw, which is incitement to insurrection, is an impeachable offense. If not, what is?” Romney said, referring to the impeachment article passed by the House earlier this month that charges Trump with inciting the deadly US Capitol riot on January 6. 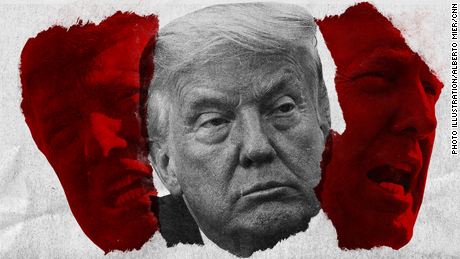 The comments from Romney, the only Republican senator to vote to convict Trump during his first impeachment trial, come one day before the House is set to formally walk the article of impeachment over to the Senate. The chamber plans to begin the former President’s trial next month.
Several Republican senators, including Tom Cotton of Arkansas, Joni Ernst of Iowa and Roger Marshall of Kansas, have said they don’t think it would be constitutional to convict Trump in the Senate after he’s left office.
The Constitution doesn’t specifically address convicting an ex-president but simply says “The President,” vice president and all civil officers “shall be removed from Office on Impeachment for, and Conviction of, Treason, Bribery, or other high Crimes and Misdemeanors.” A January 15 Congressional Research Service report noted most scholars have concluded that Congress does have the authority to impeach and convict a former president.
A number of congressional Democrats have also dismissed the argument that trying Trump is unconstitutional. Connecticut Sen. Richard Blumenthal blasted such claims as “bogus,” saying that “there’s nothing in the Constitution that prevents any federal officer from being tried after they’re out of office.”
While Romney appeared to support a trial in the Senate, he told Bash on Sunday the chamber shouldn’t punish two of his GOP colleagues — Sens. Josh Hawley of Missouri and Ted Cruz of Texas — for their role in objecting to the election results earlier this month. Seven Senate Democrats, in a filed complaint last week, called for the the Ethics Committee to investigate how their objections to the Electoral College votes on January 6 may have contributed to inciting the violent Capitol insurrection.
“I think history will provide a measure of judgment with regard to those that continue to spread the lie that the (former) President began with, as well as the voters in our respective communities,” Romney said. “I don’t think the Senate needs to take action.”
This story is breaking and will be updated.

CNN’s Holmes Lybrand and Tara Subramaniam contributed to this report.

Why real estate is spending big on City Council races

Trump argues to live in Mar-a-Lago — as an employee