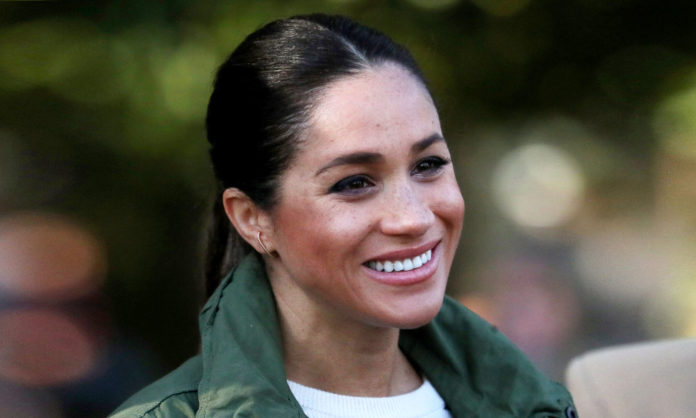 Ever since her relationship with Prince Harry became public, Meghan Markle has been under a glaring and critical spotlight. Every couple of months a new scandal breaks, be that from her estranged family, from supposed tensions that exist among the royal in-laws or her and Prince Harry’s decision to forge their own traditions.

When reading these headlines, it’s hard to differentiate fact from fiction. What’s real and what are the ramblings of some journalist who want to sell papers?

About a week ago, the Duke and Duchess of Sussex announced that they were stepping down from their royal duties. In a very polite statement, the couple informed the world that they would be splitting their time between the U.K. and America, and that they wanted their kid to be raised in a more modern environment.

Last week, we wrote about Prince Harry and his relationship with marijuana. Now we ask ourselves, does Meghan Markle smoke weed? Let’s see what the internet has to say.

Back in 2011, during her Jamaican wedding to first husband Trevor Engelson, Markle included joints in the gift bags for her guests.

“It’s illegal, but it’s no big deal in Jamaica,” said Thomas Markle, Meghan’s father. “It’s almost customary down there. I don’t smoke weed and to the best of my knowledge nor does Meghan. I don’t know what I did with mine. I think I gave it away. I kept the bag and I use it to keep the sea air off one of my Emmys.”

In the months leading up to the royal wedding, Thomas Markle was heavily covered by the media. He conducted several paid interviews which revealed that he was no longer in contact with his daughter and he wasn’t invited to the ceremony.

There was also news that Meghan’s nephew, pot farmer Tyler Dooley, named several marijuana strains after the Duchess (Markle’s Sparkle) in hopes of making a few bucks. It worked.

b “Markle Sparkle made headlines and made me a lot of money,” he said. His other strain, named after Meghan and Harry’s son, is called “Archie Sparkie.”

It’s pretty obvious that the news surrounding Meghan and marijuana is mostly scandalous for the sake of being scandalous.

Despite how outdated the royals are and how awful Meghan Markle has been treated from every direction, we can’t help but wonder if anyone has ever smoked a joint in Buckingham Palace. Someone should go undercover and investigate.

Will right-wing Peruvian demagogue Keiko Fujimori burn the country down before accepting defeat?

How The Coronavirus Is Impacting The Cannabis Industry

Do Cannabis Products Over Promise And Under Deliver?