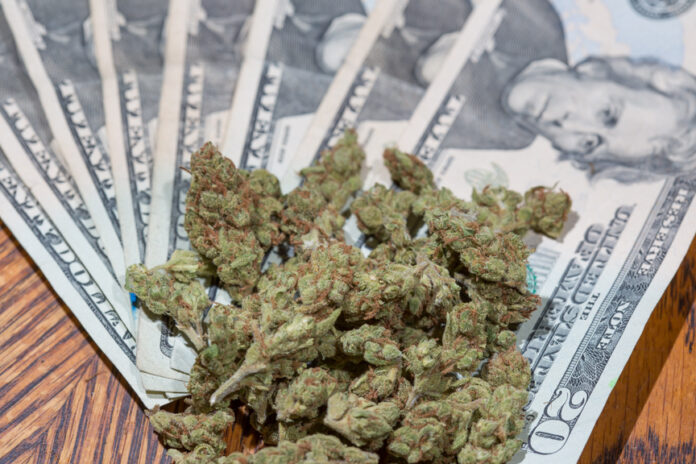 How many jobs are in America’s legal cannabis industry?

Since 2017, Leafly’s news and data teams have filled that gap with a yearly analysis of employment in the legal cannabis sector. Whitney Economics, a global leader in cannabis and hemp business consulting, data, and economic research, has partnered with Leafly on the project since 2019.

This year’s Leafly Jobs Report takes an in-depth look at nine states we consider leading indicators of economic health in the cannabis industry.

The first year of adult-use sales in 2021 resulted in Arizona’s cannabis industry adding roughly 2,600 jobs, for a total of 23,333 jobs supported by legal cannabis.

Why the 31% increase in sales, but only a 13% increase in hiring? It’s because we factored most of the state’s adult-use hiring boom into last year’s cannabis jobs calculation. In January 2021, many companies had already increased their payrolls in anticipation of recreational sales starting that month.

Job growth generally tracks with revenue, but not exactly. Headcount increases lagged in 2020 due to the constriction of investment capital and a greater reluctance to commit to new hiring amid the uncertainty of the coronavirus pandemic. Investment money and hiring confidence crept back into California in early 2021.

Five years after California voters passed Prop. 64, only 32% of the state’s local jurisdictions allow the sale of regulated weed. Those local bans prop up the illicit market and have led to an oversupply of growers and an undersupply of licensed stores.

Florida also continued to improve access, with 399 dispensaries licensed as of early 2022. That’s a 33% increase—nearly 100 new dispensaries—added over the past 12 months.

Notably, Florida’s still-growing medical marijuana patient population represents only 3% of the state’s 21 million residents. Legalizing and regulating the adult-use market could double the state’s sales and jobs within one to two years. Arizona, a state with one-third of Florida’s population, recorded $1.35 billion in sales in its first adult-use year. A similar opening in Florida could yield a $4 billion annual market supporting more than 70,000 jobs.

The Illinois marijuana industry sold $1.78 billion in products in 2021, supporting 28,992 legal cannabis jobs. Sales were up 73% over 2020. That’s astonishing, because the state continues to lag in true revenue and job-creation potential due to a dramatically constricted number of retail stores.

The good news: 185 more retail licenses— most of them issued to social equity applicants—are in the pipeline. The bad news: They’re being held up by lawsuits that threaten to put them on ice indefinitely, draining capital from startup companies and leaving thousands of new jobs uncreated.

That $1.65 billion revenue figure represents an 81% increase over 2020 sales. Massachusetts continues to bring more licensed retail stores online, with 387 retail licenses approved as of early 2022, up from around 270 in late 2020.

The state’s moderate expansion has allowed Massachusetts to continue migrating consumers away from the illicit market and has added to the state’s job count in the legal regulated industry.

Cannabis sales in Michigan shot up 81% in 2021, reaching $1.79 billion and supporting 31,152 jobs. That 72% annual growth in jobs puts Michigan behind only California and Colorado in terms of total state cannabis employment.

With no cap on the number of retail licenses, Michigan’s regulatory system is making strong progress in moving the state’s full cannabis demand into the licensed and regulated market.

Local municipal prohibitions against legal sales continue to prop up the illicit market, however. Of the state’s 1,700 cities and townships, only about 160 allow licensed adult-use sales.

Whitney Economics estimates Michigan’s full cannabis demand, for a state of 10 million residents, at around $3.2 billion—which means the current legal system is fulfilling just over half the demand. There’s still a lot of illicit-to-legal market migration to come.

The state’s patients have long suffered under one of the nation’s most overpriced and least accessible medical marijuana programs. New Jersey closed out 2021 with 123,000 registered medical marijuana patients, served by only 23 operating dispensaries.

Furthermore, New Jersey’s marijuana regulatory system is a mess. Nobody in state government tracks medical marijuana sales, so nobody knows how much was sold, or to whom. The state imposes a tax on medical cannabis—4% during the first half of 2021, 2% for the second half—but officials with the New Jersey Division of Taxation could not tell us how much revenue those taxes brought in. In other words, the state tax department doesn’t know where the cannabis tax money went.

With only 40 licensed dispensaries to serve 20 million New Yorkers, the Empire State continues to be one of America’s most constricted and underserved medical marijuana markets. That dysfunctional system drives patients—and jobs— to the illicit market.

In 2021, roughly 140,000 New Yorkers held medical marijuana cards. With reasonable access, that patient population would spend $378 million per year, based on the national $2,700 per year patient spending average. That would support more than 6,000 jobs. But it doesn’t.

Instead, tax revenue data reveal that patients spend an average of $1,130 per year at New York’s state-licensed dispensaries. That’s less than half the national average. New Yorkers aren’t needing less medical marijuana, they’re just obtaining it outside the legal system.

Oregon consumers purchased $1.18 billion in cannabis products in 2021, a 7% increase over the previous year. As of January 2022, Oregon’s legal cannabis market supports 19,938 jobs.

As one of the nation’s most mature adult-use states, Oregon’s relatively slow and steady growth conforms to a pattern we’re seeing play out in Colorado, Washington, and other early rec-legal adopters. After experiencing enormous growth in annual revenue during the first five years of adult-use sales, those markets are reaching a point of natural maturation as most illicit market consumers complete the migration to the legal market.