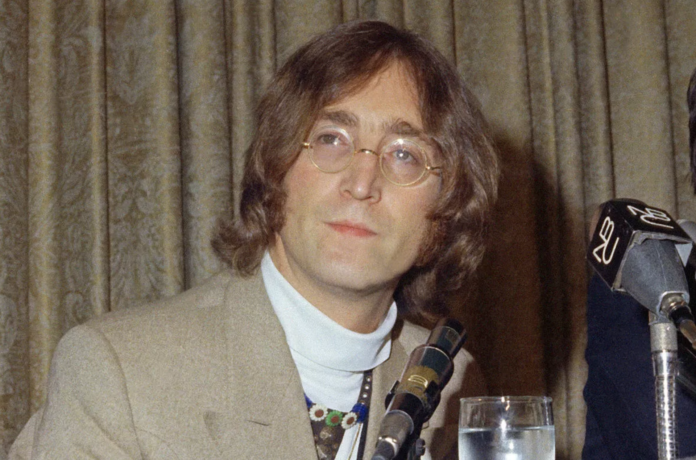 One of the first celebrity victims of the war on marijuana, Mitchum was arrested for pot in a Laurel Canyon stakeout in 1948. The actor served a 60-day jail sentence. This event was fictionally portrayed in the Academy-Award-winning L.A. Confidential. Mitchum died in 1997.

Arrested numerous times, the most famous of which was at the Tokyo Airport in 1980 for attempting to smuggle a half-pound of pot into Japan. The smokin’ Beatle was sentenced to nine days in jail and then permanently deported. McCartney also ran afoul of the authorities twice in 1972 (smuggling hash into Sweden, possession in Scotland), in 1973 (growing on his farm in Scotland) and in 1984 (possession in Barbados, where he was deported). Linda (1941-1998) was arrested on her own for pot in 1975 and 1984, as well as with Paul in the Barbados bust.

Band members were busted several times in 1967. The first took place at Keith Richards’ country home while Mick Jagger, Marianne Faithfull and others were partying (Keith wasn’t home at the time). Shortly thereafter, Brian Jones was also caught with pot. Richards won an appeal and Jagger was given a conditional discharge. However, this controversy resulted in 65 British legalizers placing a full-page ad in the London Times which stated in part: “The law against marijuana is immoral in principle and unworkable in practice.”

His 1968 hash bust in London resulted in a 150-pound fine (about US$360). Five years later, Lennon, then living in the US, was ordered to leave the country because of the pot prior. The protracted battle with the US government was resolved in 1975, when a federal appeals court overruled the deportation order and awarded Lennon a green card.

Set up by an undercover, Sinclair was busted for two joints in 1967 and eventually served two years of a 10-year sentence in a Michigan prison. The manager of the MC5 and founder of the radical White Panther Party became the focus of the “Free John Sinclair” movement, which culminated in a benefit concert in Ann Arbor (John Lennon performed) and his subsequent release.

Busted by a Texas highway cop in 1995 with pot in his car. The charge was dropped after a judge concluded the search—Willie was parked on the side of the road and asleep at the time—was illegal.

In 1993, the former Van Halen lead singer took a stroll in New York’s Washington Square Park looking for a dime bag of pot. He made a purchase and promptly was arrested in a police drug sweep of the park. Roth paid a $35 fine, but had to endure countless jokes and public humiliation for his high crime.

1931, the jazz trumpeter was busted outside an L.A. jazz club where he was playing. Louis spent nine days in jail.

Now hailed as one of the top 50 players in NBA history, Parish made another kind of history in 1993 when police intercepted two ounces of pot being FedExed to his house. “I don’t think it hampers my play,” the Boston Celtics center said. He paid a fine of $37.

Best known for his title role on the campy ’60s television comedy Gilligan’s Island, Denver was busted in 1998 for ordering an ounce and a half of pot through the mail. A search of his home found 10 additional grams of pot and some pipes.

Planted with a small amount of marijuana in 1968, Leary was sentenced to 10 years in a California federal prison, where he soon escaped. Leary spent the next 27 months as a fugitive before he was captured in Afghanistan in 1973 and extradited back to the US. He got out of jail in 1976.

The chief Merry Prankster and acclaimed author was arrested for marijuana twice in 1966, and fled to Mexico to avoid prosecution. Tired of being a fugitive, he returned to America and, after six months on the lam, was arrested again. Kesey spent five months in jail. 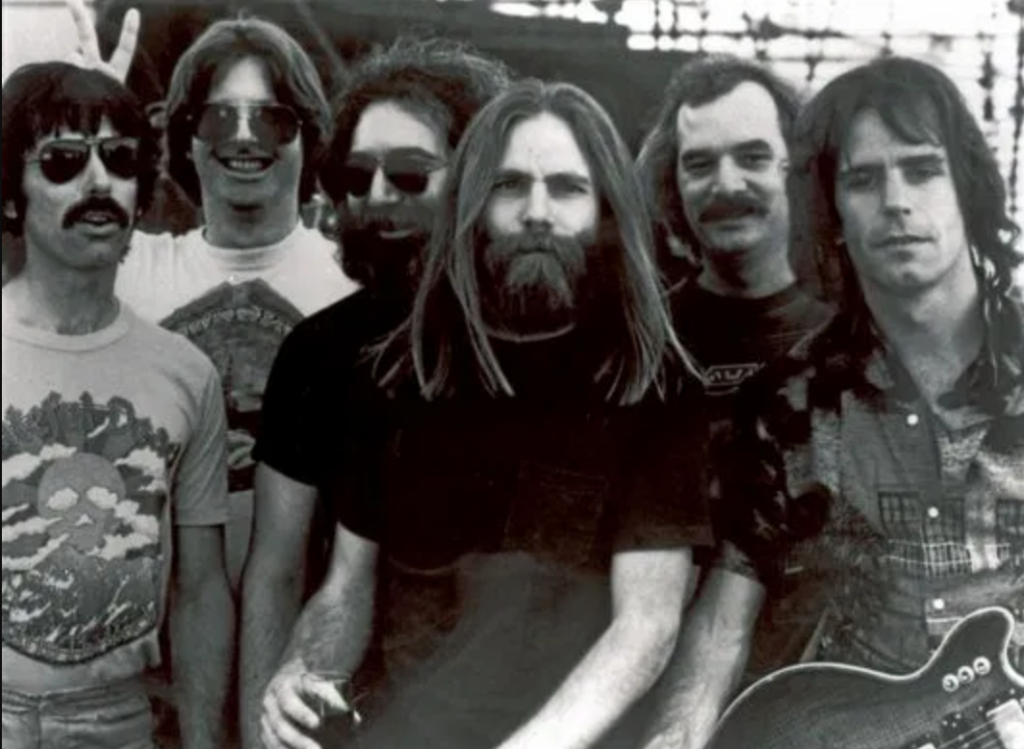 Set up by a local Prankster, the Dead’s famous house at 710 Ashbury was raided by police in 1967. Bob Weir, Pigpen and three others were arrested. Funny thing was the police search never turned up the kilo of pot in the pantry.

Jack Kerouac’s legendary road partner was sentenced to five years to life after he sold two joints to undercovers in 1958. Known as “Johnny Potseed” in San Francisco, Cassady was released from San Quentin in 1960.

In 1938, Krupa recorded the reefer-jazz song. “I’m Feeling High and Happy.” Five years later, when L.A. narcs learned that a valet had made a grass purchase for Benny Goodman’s former drummer, they followed Krupa to San Francisco, where they seized the pot and arrested him. Krupa pled guilty and expected to pay a fine; instead, the judge gave him a 90-day sentence. He served 84 days.

Arrested after a raid of his London home in 1969, Harrison was charged with possessing 570 “grains” of pot (the equivalent of 120 joints). Police said they had “dug up” the dried pot in his garden. Harrison said the police planted it. He paid a 600-pound fine.

The 1998 Canadian gold-medalist snow-boarder almost lost his Olympic medal when a drug test revealed traces of THC in his system. Though he blamed it on secondhand smoke, Rebagliati’s B.C. buds knew better: They named a strain— Whistler’s Gold—in his honor.

The slugging former San Francisco Giant and St. Louis Cardinal (he won the MVP award in 1967) was charged with smuggling 160 pounds of weed from Puerto Rico to Miami in 1976. He received a five-year sentence and was released after serving 10 months. Some believe this blemish on his record has prevented Cepeda from being inducted into the Baseball Hall of Fame. 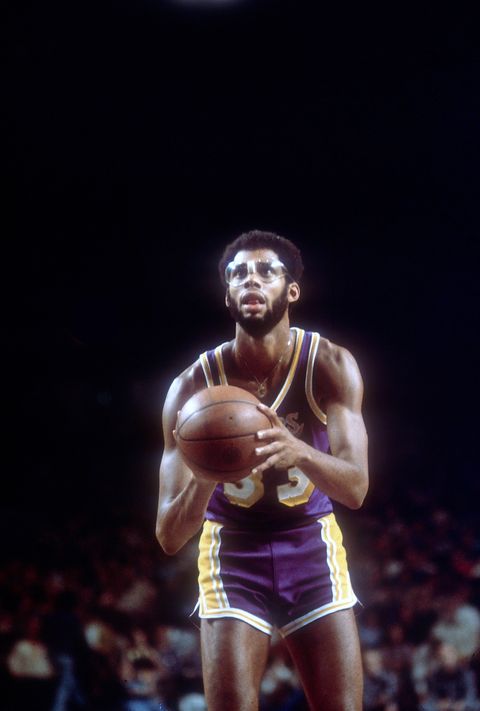 The NBA’s career scoring leader was arrested at Pearson International Airport in Toronto by US Customs officials for possession of six grams of pot. Abdul-Jabbar said he had migraines and a doctor’s recommendation to smoke medical marijuana. He paid a $500 fine.

Busted at Houston Airport in 1991 for transporting five grams of marijuana from Mexico, the guitar hero spent one night in jail. He received a six-month deferred sentence and was ordered to perform an antidrug concert for children.

The Tex-Mex pop star may have written his most famous song, “Wasted Days and Wasted Nights,” about the consequences of a 1960 Louisiana marijuana arrest. Busted for less than six grams of pot, he served three years in prison.

Leave it to Texas to find a way to toss someone in jail for a gram of pot. In 1995, then-Houston Rocket Maxwell ran a red light. During a search, police found a bag of pot on the floor of the car. Maxwell pleaded no contest and posted a $25,000 appeal bond, but lost the appeal. Three years later, after Maxwell had been traded to the Charlotte Hornets, a Texas judge issued a warrant for his arrest and he was extradited to Houston, where he served a 90-day sentence.

Chuck D’s sidekick in Public Enemy has been arrested numerous times for crack, but in 1996 he was popped for pot. Riding a bicycle in the Bronx, police stopped him when they noticed a large bulge in his jacket. It was a kilo-sized brick of weed.

The Bring in da Noise, Bring in da Funk star had to do some fancy dancing in 1995 when police busted him for smoking a blunt in his car and possessing three dime bags of pot. The arrest took place in the Broadway theater district, where Glover has enjoyed fame ever since performing in The Tap Dance Kid. He was sentenced to 50 hours of community service.

The former Oakland Raider and USC quarterback received a three-month jail sentence for growing one marijuana plant at his California home in 1996. He had been busted for coke while in college and was considered a two-time loser.