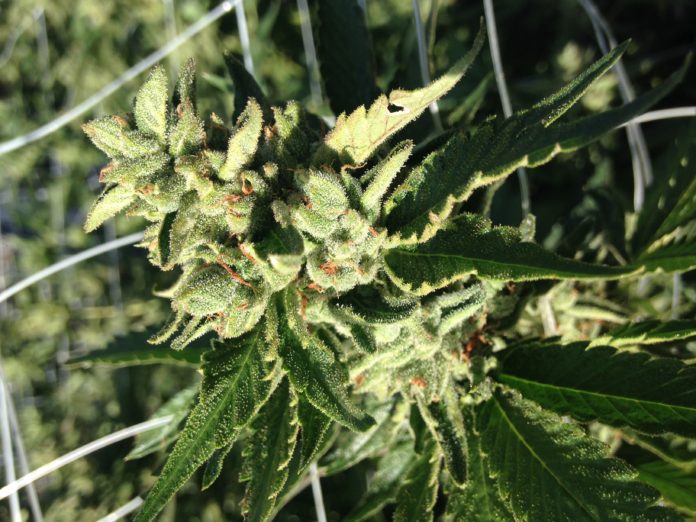 Numerous researchers and physicians have labeled cannabis a superfood, worthy of incorporation into your diet in some way or another. Here’s why. Did you know that we’re supposed to get 5-9 servings of fruit and vegetables every day? This equates to roughly two cups of fruit and 2.5 cups of vegetables. Although this is the recommended amount of fruit and veggies we should eat according to the USDA (United States Dietary Association), most of the American population doesn’t come close to meeting these guidelines.

Fortunately, though, another plant consumed for centuries due to its plethora of medicinal, therapeutic, and nutritional benefits is cannabis. Recently, numerous researchers and physicians have labeled cannabis a superfood, worthy of incorporation into your diet in some way or another. Here’s why.

Cannabis’s many medicinal and therapeutic benefits have been well established, but the nutritional benefits of cannabis are still gaining recognition and public coverage. According to the British Dietetic Association (BDA), superfoods are unprocessed foods rich in vitamins, minerals, and nutrients, which are often derived from fruits, vegetables, and other herbs. Under this definition, numerous doctors believe cannabis can be grouped into the ‘superfoods’ category.

Besides cannabis’s array of medicinal and therapeutic benefits, the plant is an excellent source of vitamins and nutrients. In general, there are various parts of cannabis that can be consumed such as its leaves, stems, and buds whether they’re heated up or not. To reap cannabis’s nutritional benefits though, consuming raw parts of the plant is the way to go.

Three Reasons Why Cannabis is a Powerful Superfood

Cannabis sativa (hemp) seeds contain a multitude of nutritional benefits that can help improve one’s diet to some degree. Hemp is a variety of the Cannabis sativa plant species, often grown to produce industrial and commercial products including food, animal feed, and other useful materials like rope, textiles, and paper. Generally, hemp seeds are consumed for their high nutrient and protein content, especially by vegans and vegetarians.

Additionally, hemp seeds are often consumed for their fatty acids content in the form of Omega-3s and Omega-6s. Overall, humans need to consume a regular amount of fatty acids, especially because of the benefits they have on our heart and brain. Research has found that when one consumes Omega fatty acids, inflammation can be reduced, ADHD and arthritic pain can be managed better, and high cholesterol can be combatted. The presence of Omega fatty acids in hemp seeds is worth noting because they also help in the area of protein production.

Hemp seeds serves as a much healthier alternative for those who don’t consume fish but need to get their serving of fatty acids. They’re also an excellent source of Vitamin E, zinc, magnesium, iron, liver enzymes, antioxidants, protein, and tocopherols. Not only is hemp extremely versatile, some of its other nutritional benefits include the following: vegan, dairy-free, gluten-free, high plant-based protein content, high Omega fatty acids content, and simple to digest.

Cannabis contains over 400 chemical entities, and more than sixty of them are cannabinoid compounds. One of the most medically and therapeutically beneficial cannabinoids is Cannabidiol (CBD), which has also been one of the most studied compounds so far. It turns out that CBD can help in more ways than one could imagine. For example, CBD can be derived from the whole cannabis plant and hemp, but this cannabinoid is especially unique because it’s non-psychoactive, non-addictive, non-toxic, and safe thus making it an ideal addition to food and drinks.

In addition, it was discovered that CBD has stronger antioxidant properties than Vitamin C and E combined. When we get sick, there are different foods, supplements, and medicines we can take to help us feel better. Whether you’re fighting off a cold or infection, CBD can deliver antioxidant, antibiotic, and anti-bacterial properties making it both a beneficial medicine and superfood.

Since cannabis continues to be examined and studied, CBD’s nutritional benefits are still being discovered. Even though cannabis isn’t a vegetable per say, it contains numerous vitamins, nutrients, and minerals like vegetables do, and CBD has a rich vitamin and neuroprotective antioxidant content.

Lastly, although various cannabinoids deliver medicinal and therapeutic benefits when they’re heated up or decarboxylated, the true nutritional benefits come from the consumption of raw, non-psychoactive cannabinoids. Below are some of raw cannabinoids’ benefits:

For instance, you can grind up raw cannabis leaves, buds, or stems to use as seasonings or toppings for salads, soups, stews, oatmeal, porridge, etc. Also, juicing raw cannabis leaves is nutritionally beneficial, according to Dr. William Courtney. He recommends using 20-30 big shade leaves or two or three raw buds daily to reap numerous nutritional and therapeutic benefits. You can also grind up raw cannabis parts and add it into smoothies, shakes, and sauces.

The Unique Role of the Endocannabinoid System (ECS)

Moreover, all humans and mammals have an endocannabinoid system (ECS), which is one of the most integral physiological systems involved in the establishment and maintenance of one’s health. This system plays a vital role in the functioning of the brain, endocrine, and immune tissues. The ECS also plays a significant part in the secretion of hormones associated with reproductive functions and stress responses.

In addition, the ECS regulates homeostasis and influences the function of the food consumption centers of the body’s central nervous system (CNS) and gastrointestinal tract activity. Throughout our bodies are endocannabinoids and their receptors (CB1 and CB2), which are within the brain, connective tissues, glands, immune cells, and various organs. Within each tissue, the ECS plays a role in maintaining homeostasis, which is the maintenance of a stable internal environment regardless of different instabilities in the external environment.

One study stated the following about this integral system:

“This system plays a significant role in a wide range of physiologic processes and behaviors including neurogenesis, neural development, immune function, metabolism and energy homeostasis, synaptic plasticity and learning, pain, emotional state, arousal and sleep, stress reactivity, and reward processing/addiction to other drugs of abuse.”

Overall, not only is cannabis medically and therapeutically beneficial, this plant and byproducts of it can be nutritionally beneficial if raw forms of it are consumed. Whether you want a vitamin, nutrient, or mineral boost or an improvement in your well-being, try consuming raw cannabinoids and/or hemp seeds and see how much it improves your health and lifestyle.