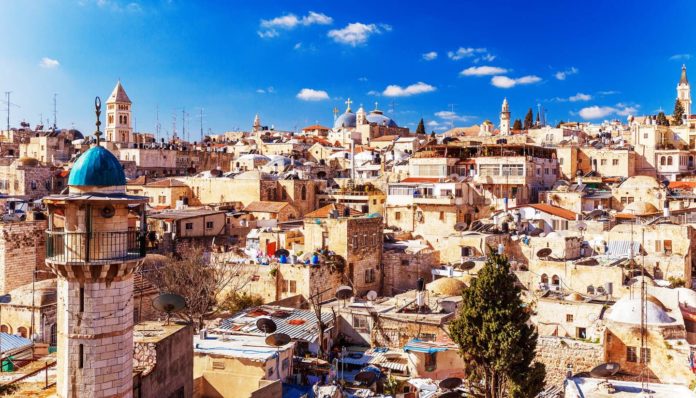 Some smokers joke that marijuana is their religion, but new research shows ancient Israelites may have used cannabis as a ritual to access God. Researchers recently announced they discovered cannabis resin on one of two alters at the entrance to the “Holy of Holies” of a Judahite shrine in Israel’s Tel Arad.

Specifically, marijuana was found mixed with animal dung on the smaller of the two shrine altars, according to a study published Thursday in the Journal of the Institute of Archaeology of Tel Aviv University.

Archaeologists did not discover other marijuana properties, like seeds or stems, in the shrine, leading researchers to suggest hashish “may have been imported from distant origins and were transported as dried resin.” They dismissed notions cannabis was used as incense, since many of marijuana’s fragrances could be found in nearby plants.

“It is likely that the cannabis burnt on the altar was not imported for its smell or therapeutic virtues but for its mind-altering abilities, expressed only by heating,” researchers wrote.

Between the two limestone altars, believed to be used in the Iron Age (760 to 715 BCE), researchers uncovered remnants of burnt cannabis, frankincense, animal fat, and excrement. Upon discovering cannabidiol (CBD) and tetrahydrocannabinol (THC) on the small altar, researchers tested the samples again at a second site, where CBD and THC were once again detected. Animal dung was likely used to prolong the marijuana burning.

“The use of psychoactive materials is also well known in ancient Near Eastern and Aegean cultures since prehistory,” they added. “It seems likely that cannabis was used at Arad as a deliberate psychoactive, to stimulate ecstasy as part of cultic ceremonies. If so, this is the first such evidence in the cult of Judah.”