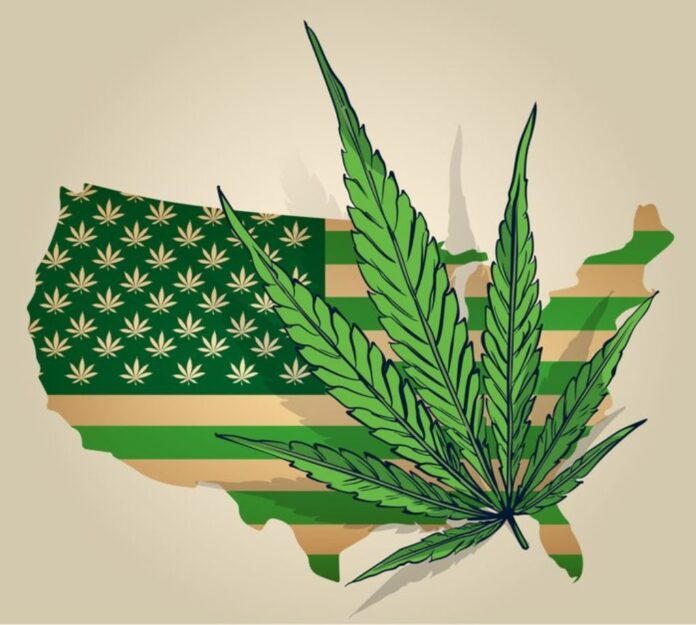 We still don’t know with certainty who will be the next president of the United States. But this year’s election results have given us a lot more clarity on one thing: American voters, even conservative ones, are ready to reel back the US’s war on drugs.

In Oregon, voters decriminalized — but not legalized — all drugs, including cocaine and heroin. Also in Oregon, voters legalized the use of psilocybin, a psychedelic drug found in magic mushrooms, for supervised therapeutic uses.

In Washington, DC, voters in effect decriminalized psychedelic plants, following the lead of several other cities.

With its vote, Oregon became the first state in the US to decriminalize all drugs in modern times. And marijuana is now legalized in 15 states and DC, although DC still doesn’t allow sales.

All of the measures won with relatively strong support, by 5 or more percentage points, in an election season that could otherwise come down to the smallest of margins — literally tenths of a percent — in the presidential and congressional races. Montana, Mississippi, and South Dakota are especially peculiar, handing big wins to President Donald Trump on Tuesday but also to marijuana legalization supporters.

But this maybe isn’t that surprising: Over the past decade, polls have shown marijuana legalization, for example, is increasingly popular. In several polls, it gets majority support even among Republican voters, despite their greater levels of resistance to drug policy reform in general.

Together, these ballot measures’ successes amount to a significant repudiation of America’s war on drugs. US drug policy has for decades been built on the principle that drugs should be illegal, with the criminal justice system acting as a deterrent to use and addiction. Voters clearly want to move away from that.

It’s telling, though, that 13 of the 15 states that have legalized marijuana so far have been forced to do it by ballot initiative. For whatever reason, elected lawmakers and legislatures remain scared to touch this issue. So a patchwork of ballot measures has moved the US in an unexpected direction. That trend continued on Election Day 2020.

This is a big rejection of the war on drugs

Collectively, the year’s ballot measures amount to a major shift in US drug policy.

In the four states that legalized marijuana on Election Day, the policy will generally work like it has in other states that have legalized marijuana so far. Adults 21 and older will be able to possess and, eventually, legally buy the drug. State agencies will regulate production and sales, and local jurisdictions may be able to ban marijuana retailers within their borders. There will be taxes on marijuana. Depending on the state, home-growing marijuana might be allowed.

That’s a big shift from where marijuana was before in these states, where possession and sales could still be punished with up to jail or prison time. It’s a particularly radical change for South Dakota, which, unlike many other states that legalize recreational use, had not yet legalized medical marijuana before Tuesday.

In Oregon, possession of small amounts of all drugs, including cocaine and heroin, will no longer be punished with jail or prison time. Instead, those caught with the drugs will get a choice to pay a $100 fine or do a “completed health assessment” in an addiction recovery center.

Unlike legalization, decriminalization does not mean sales will be allowed. In general, decriminalization means the removal of criminal penalties — particularly prison time — for the possession and use of a drug, but not the legalization of sales. So people wouldn’t get arrested for having small amounts of heroin or cocaine on them, but don’t expect stores legally selling either substance to pop up.

Oregon had already legalized marijuana for recreational and medical uses, so the initiative mostly won’t change anything there, with one exception: On top of directing the savings from the initiative (due to, say, less incarceration) to more addiction treatment, the measure will also redirect some marijuana tax revenues to treatment. The measure’s proponents say that will all add up to at least $100 million more funding for addiction treatment a year — which would effectively quadruple how much the state spends on treatment outside of Medicaid and the criminal justice system.

Separately, Oregon approved a measure that will allow the use of a psychedelic drug under the supervision of trained facilitators at “psilocybin service centers.” This approach actually has growing evidence behind it — to the point that psychedelic drugs are currently working through clinical trials approved by the Food and Drug Administration. Based on the studies, the guided hallucinogenic trips may help people overcome serious mental health issues like addiction, end-of-life anxiety, and PTSD, although experts say we still need more evidence.

In milder moves, DC decriminalized a host of psychedelic plants — following the lead of Denver and other cities. And Mississippi and South Dakota legalized medical pot to allow the use and purchase of marijuana for patients with certain qualifying conditions.

Crucially, federal drug policy won’t change as a result of these measures, with marijuana and other drugs remaining illegal at the federal level. But the federal government has, since President Barack Obama’s second term, generally taken a hands-off approach to allowing states to change their drug policies, on marijuana in particular, with little to no federal interference. It remains to be seen how that will play out with the more sweeping measures in Oregon.

If nothing else, though, the approval of the various kinds of measures shows that Americans are increasingly fed up with the war on drugs.

Over the past decade and a half, many states have reduced their criminal penalties for drug offenses. Democratic lawmakers in particular have increasingly spoken favorably of ending the war on drugs, particularly given its disproportionate negative effect on communities of color.

But when it comes to the more aggressive measures that would actually end the drug war, like marijuana legalization and broader drug decriminalization, politicians have played it cautiously. Polls show a solid majority of Americans (around two-thirds) and especially high numbers of Democrats (more than three-fourths) back marijuana legalization. Yet the Democratic nominee for president, former Vice President Joe Biden, is still opposed to full legalization, arguing instead for a milder measure in marijuana decriminalization at the federal level, to remove prison time but not allow sales.

It’s under this framework that activists, surmising they had more voter support than politicians were willing to admit, have pushed forward with ballot measures. In 2012, the approach made Colorado and Washington the first two states to legalize marijuana, with 11 states following since (and two other states enacting legalization through their legislatures).

The efforts have now been successful in more conservative states, like Montana and South Dakota. But activists have also started to push beyond the realm of marijuana legalization, as seen in the drug decriminalization and medical psychedelic initiatives in Oregon.

The approach, however, is limited in a way that defies partisan lines. It’s simply much easier to get a legally binding question on the ballot changing drug policy in, say, Montana than it is in New York. That’s why the order of legalization doesn’t really follow the levels of support you’d expect based on voters’ party affiliations or a state’s more liberal attitudes.

Still, the results show quite strongly that voters are eager to reel back America’s war on drugs. A remaining question is if politicians will catch up with the clear message voters sent on Election Day, even as voters gave more muddied signals in many other areas.