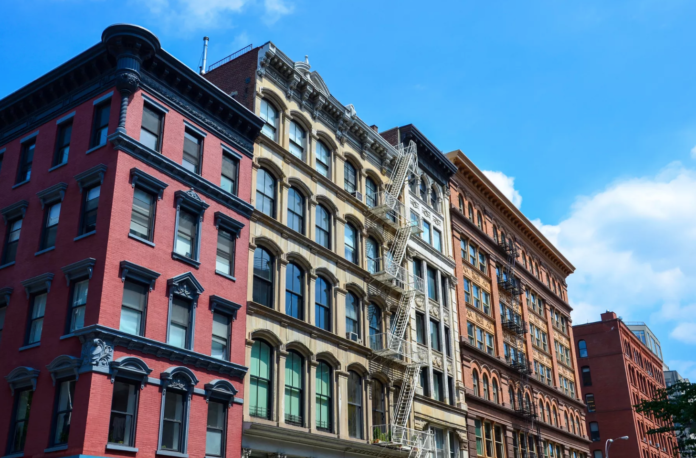 If you are part of the two million people who live in public housing, your situation involving marijuana isn’t that much different than those living in apartments or rental houses across the country.

Marijuana is now legal for adult use in more parts of the United States. But that doesn’t mean that people who use cannabis for whatever reason have the same freedoms as, say, someone who uses alcohol. Although weed is now supposed to be a part of mainstream society, there are still plenty of snags in the system preventing people from using the herb, even where it is legal, in a manner that doesn’t set them up for hardships and troubles that they’d rather not endure. One of those snags is the inability to consume legal cannabis in public housing properties.

It was announced recently via a report from the Chicago Sun-Times that even though Illinois is set to launch its legal pot market at the beginning of 2020, people living in public housing will not be allowed to partake inside their homes or anywhere else on the property. A notice from the Chicago Housing Authority (CHA) indicates that since marijuana remains an outlaw substance in the eyes of the federal government, marijuana use in federally subsidized housing units is strictly prohibited. “The CHA can TERMINATE all assistance … if you, a member of your household, or a guest or person under your control is found engaging in drug-related criminal activity, including the use and/or possession of marijuana for medical or recreational purposes,” the notice reads.

If you are part of the two million people who live in public housing, your situation involving marijuana isn’t that much different than those living in apartments or rental houses across the country. Most property owners do not allow tenants to smoke weed inside of their homes. This is usually covered in the lease someplace, either under the no-smoking policy or with the rule banning the use of all illegal drugs. It doesn’t matter if marijuana is legal at the state level unless a property is advertised as “marijuana-friendly,” a property manager can toss you out on your ears for it.

But public housing units are a bit different. They are subject to monthly inspections and other governmental snoop tactics that require a tenant to be on his or her toes. If maintenance or anyone involved with the property even think they smell marijuana lingering in your home, it could be enough to bring about some unwanted heat. It is for this reason that it is necessary for marijuana users who reside in public housing to exercise a little savoir-faire when it comes to how they catch a buzz.

And rule number one of this “us vs. them“ sneak maneuver is to reinvent the way you consume cannabis.

You see, getting caught with weed is really just one part bad luck and about three parts stupidity. Caution is king, so the first thing you will probably have to do is stop smoking marijuana. But this doesn’t mean that you have to stop using it altogether.

Fortunately, in the case of states like Illinois where marijuana is now legal for adults 21 and older, there are a variety of pot products on the market that are smoke-free and do not come with a pungent odor that is bound to lead to eviction. For those living in public housing, these THC-infused goodies are going to become your best friend. Items like edibles, beverages and even vapes can provide the user with a means to getting stoned clandestinely without putting themselves at risk. We recommend visiting your local dispensary and discussing the many non-smoking options they have available.

Avoiding trouble for marijuana in public housing really is as simple as not “smoking” it and advertising personal business to those who might rat you out. And there are plenty of those people out there. But if you must smoke weed and are willing to risk the consequences, we would recommend reading our guide on “How To Smoke Marijuana In An Apartment Without Getting Evicted.”