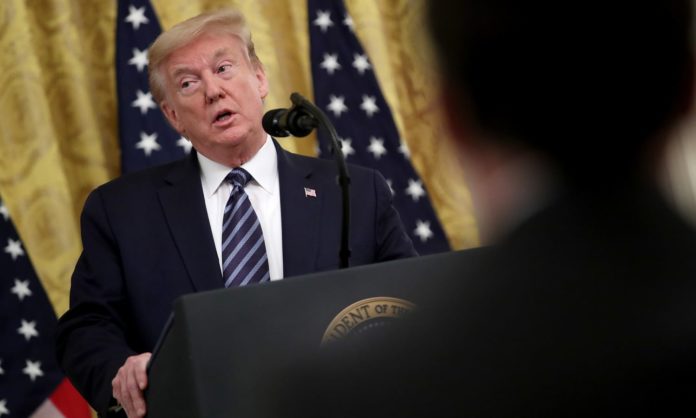 Lawmakers like Joe Biden have lamented not enough marijuana research exists to end federal prohibition, but scientists have just as often lamented tight regulations from the federal government inhibits legitimate research from occurring.

Since 1968, scientists pursuing marijuana research have had to obtain their cannabis from a 12-acre farm located at the University of Mississippi. The Obama Administration signed legislation late in 2016 that would expand the number of facilities growing marijuana for research, but the Drug Enforcement Agency hasn’t granted any licenses four years later.

Thanks to a lawsuit spearheaded by the Scottsdale Research Institute (SRI) and cannabis researcher Sue Sisley, the public now understands why. A 2018 secret memo, released as part of the lawsuit settled, reveals the Trump Administration believes the nearly 50-year-old program in Mississippi has always been illegal. In fact, the Justice Department’s Office of Legal Counsel (OLC) suggest the restrictions around marijuana research aren’t harsh enough.

The issue revolves around the United Nations’ 1961 Single Convention on Narcotic Drugs Act. According to the OLC’s interpretation of the UN treaty, only one federal government entity may handle drugs cultivated for research purposes. The National Institute of Drug Abuse (NIDA) manages the University of Mississippi program while Obama’s plan would run through the DEA. Furthermore, both NIDA and DEA have split oversight responsibilities of federally licensed marijuana spanning back several decades. Under these programs, the OLC determined neither agency “owns” the marijuana grown for research, a stipulation the international treaty requires.

Essentially, the OLC memo states that the United States federal government has been breaking international law for about 50 years.

“We conclude that DEA must change its current practices and the policy it announced in 2016 to comply with the Single Convention,” reads the memo. “DEA must adopt a framework in which it purchases and takes possession of the entire marijuana crop of each licensee after the crop is harvested. In addition, DEA must generally monopolize the import, export, wholesale trade, and stock maintenance of lawfully grown marijuana.”

That the DEA wasn’t granting marijuana licenses for research purposes first came to light back in 2018. Former Attorney General Jeff Sessions had first obstructed this process—an atypical act, as previous attorney general never involved themselves in the research program. Lawmakers like Sens. Orrin Hatch and Kamala Harris sent a letter to the DOJ and Sessions, known to be a longtime anti-cannabis crusader, instructing them to stop blocking marijuana research. This secret memo now clarifies the DEA’s holdup in granting marijuana licenses.

Sisley’s lawsuit argued that marijuana provided by NIDA wasn’t suitable for research. An independent laboratory analysis found these cannabis samples were moldy and didn’t resemble what consumers would buy in stores. Upon release of the OLC memo, the SRI and Sisley argued that keeping this memo secret and blocking cannabis research deserves serious scrutiny.

“Boiled down, the fact that a secret re-interpretation of an international treaty from 1961 has blocked the advancement of marijuana science in this country for the past three years is absurd,” the Scottsdale Research Institute said in a statement. “Allowing American scientists to cultivate or acquire marijuana grown in this country under strict DEA regulation and supervision is pro-science, pro-veteran, and pro-law enforcement. It puts America First and promotes public health and safety.”