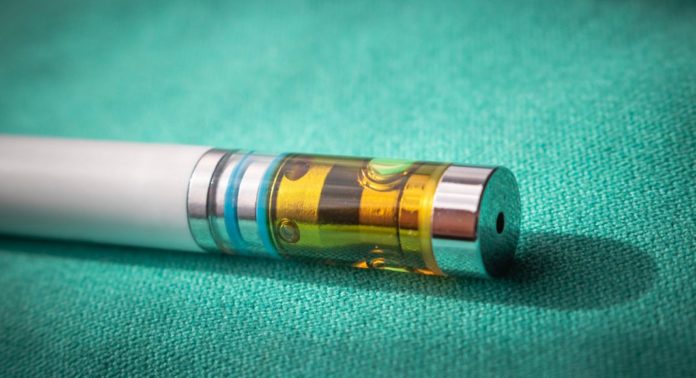 The Pros And Cons Of Pre-Filled Vape Pens.  There are many ways to consume marijuana but none of them are as easy and convenient as a vape pen. They have understandably become some of the most popular items in the cannabis industry, with a 50% increase in sales between the years 2017 and 2018.

Here are some of the most noticeable pros and cons of these devices:

Vape pens are some of the most portable and discreet ways of consuming cannabis. Once you have one you won’t have to worry over where you store your pen or over who’s looking at you while you vape. These devices generally release a much more muted smell when compared to joints and pipes, and are also hard to distinguish from e-cigarettes.

Another positive aspect about vape pens is the fact that they’re much easier to manage than bongs and dabs.  Unless you’re a beginner or have little experience with vaporized cannabis, one hit of a vape pen won’t lead to an overdose.

Switching from smoking marijuana flower to vaping it requires some adaptation since the latter tends to be a lot stronger. According to Science Daily, a study conducted by the University of John Hopkins analyzed two groups of subjects, one of them that smoked concentrate and the other who smoked flower. Both teams consumed the same dosage. The study found that subjects who smoked concentrate experienced more short term anxiety, paranoia, memory loss and distraction.

RELATED: How To Tell If Your Vape Pen May Be Harmful

Vape pens must be charged

Unlike flower, bongs and dabs, vape pens must be charged. This shouldn’t be much of a hassle if you regularly charge your devices but it could lead to some annoyance if you lose the charger or if you forget and had planned to smoke on the go.

Vape pens must be cared for

Vape pens, depending on their price and level of complexity, demand some care. While disposable pens can be thrown away after they run out of marijuana, more expensive products demand regular cleanings, no exposure to extreme weather, a case and regular charge.