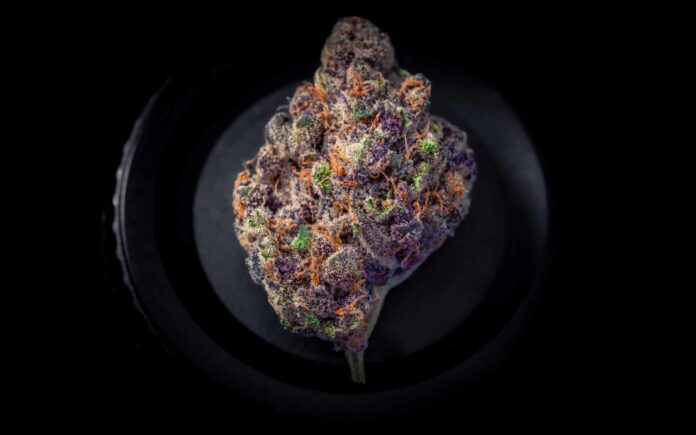 In this modern age of marijuana, what happens to the part of the plant that doesn’t get you high? There are many options.
Endless time, money and thought go into exactly what to do with marijuana buds once they are ripe for the picking. There are ever-evolving methods of extraction, and always a new and exciting way to consume cannabis. But the THC rich buds, or flower, are a small fraction of the towering cannabis plant.

After the plant has been cured and trimmed, there remains a large mound of natural cannabis scraps that must be dealt with. Years ago, in the olden days of cannabis cultivation, this pile could have been added to a compost pile out back, or burned safely in a controlled burn. Those unregulated days are a thing of the past.

In today’s legal and highly regulated market, you can’t just toss marijuana scraps in the back of the greenhouse. So, in this modern age of marijuana, what happens to the part of the plant that doesn’t get you high?

What Is Cannabis Waste, Exactly?

When you picture cannabis waste, the visual you have is likely a tidy mound of plant stalks and unusable leaves. This does make up a large portion of cannabis waste, but there are other forms of waste as well that can be a bit trickier and less green. “Cannabis waste can be any material that has come in contact with cannabis throughout the cultivation, production, manufacturing, or retail process,” according to the EcoWaste, a cannabis waste disposal service.

There are the sponges and chemicals used to clone and propagate plants. There are other unused products, and used testing samples. This hodgepodge of cannabis waste can make it a bit trickier to dispose of.

Perhaps you live in a place where trash pickup is a bit of a pain. Maybe you need to separate trash in 4 different bins and bring it all the way to a recycling facility. If you think that is annoying, imagine having to keep records of everything you throw away. That, essentially, is what most farm managers are responsible for at their facilities. You cannot simply sweep up a mess and dump it, or light it ablaze and tell authorities it has turned to dust. There must be records, and documented proof that the cannabis waste has, indeed, been completely and properly disposed of.

“Unlike other agricultural industries, cannabis growers in most areas must keep exhaustive records of every ounce of material they discard,” according to an article in BioCycle, a resource for organic recycling and composting. The article continues, stating that some laws are so strict and exact that “Some jurisdictions require that each plant get its own identification and tracking tag, or that senior managers from the producer accompany the wastes to any external disposal site.”

BioCycle also mentions how some states require video footage of cannabis waste areas be held for up to 90 days, in order to prove there is no discrepancy between written records and video proof. Needless to say, this is not your typical trip to the dump.

Composting cannabis waste is often the best option for the environment and the growers. The problem is, you can’t simply throw cannabis waste into a compost pile and walk away. In addition to proper documentation, you need to grind, chop and mix the cannabis waste with non-cannabis waste to make sure that it no longer resembles anything that could be sold as a cannabis product.

RELATED: Why Marijuana Companies Are Laying Off Workers As Industry Grows

In fact, according to Green Mountain Technologies, “Many state regulations for the disposal of cannabis waste require the cannabis to be mixed at least 50%-50% by volume with non-cannabis waste in order to render the cannabis waste unusable.” Once you achieve this mixture, you still need to find a suitable facility to take this compostable waste. This can be an adventure in itself.

Other disposal methods include:

The Bokashi process is another compost-style method of recycling cannabis scraps, but involves using a vessel, an organic additive, and time. The process was invented in Japan in the 1980s, and, like competing, is a natural way of breaking down organic materials and turning them into a re-usable substance.

According to The Spruce, “Unlike traditional composting, which is an aerobic process that requires oxygen, Bokashi is an anaerobic process that requires that you isolate the materials from oxygen as much as possible.” This is an organic process fit for smaller operations, but for those with very large growing facilities, it would involve a large investment to build vessels large enough to get rid of all the organic waste.

As the cannabis industry continues to boom, all industries surrounding it are also growing and expanding — this even includes the waste treatment sector. All over the United States and Canada, small and large businesses are forming to help deal with cannabis waste removal. Some of these businesses focus on logistics and ease of surface, while others are focused on the organic route with the goal of lowering the cannabis industry’s carbon footprint. This is still a new frontier, and as the cannabis industry grows (along with the regulations that come with a legal cannabis market), these cannabis disposal companies are likely to multiply.

While the last place you would expect or want cannabis waste is in a landfill taking up space, this is a legal option and potential final resting place for cannabis scraps. Sure, many growers are environmentally friendly at heart, but the fact remains that there is no incentive apart from one’s own environmental morality to compost cannabis rather than send it to a landfill. In fact there are a few reasons cannabis is more likely to end up in a landfill than a compost facility.

For one, landfills are often more accessible than compost facilities. This means, logistically, landfills are a much easier option for some companies. It is also important to note that you can only compost cannabis waste if it is mixed with equally organic materials, like dirt, grass or other organic waste. While this might be no problem for a large outdoor growing farm in a moderate climate, organic waste might be harder to come by in the middle of the winter for an indoor growing operation.

Cannabis disposal facilities offer an alternative to landfills, but they are not currently as prevalent an option. One can only hope that since these strict laws of marijuana waste disposal don’t seem to be going anywhere, perhaps we can at least find a simple and organic way to take care of the scrappier side of cannabis cultivation.