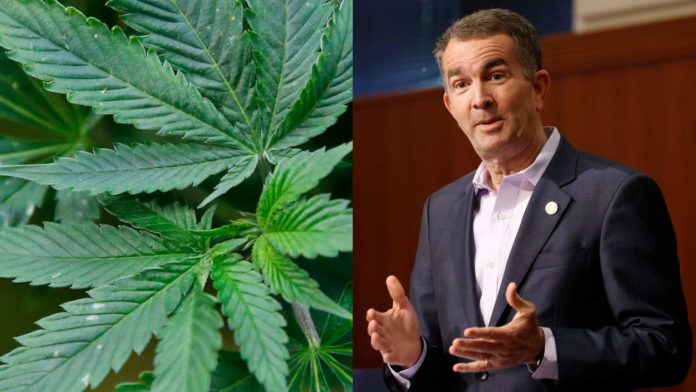 It’s not the same thing as legalization, but Democrats say it’s a step on the way.

Marijuana has been an issue for Virginia’s General Assembly for decades, going back as far as 1979 when the state became one of the first to legalize medical use of marijuana. (It was later repealed.) But this year, history was made when Gov. Ralph Northam signed a bill decriminalizing simple possession of marijuana in the commonwealth into law, fulfilling a promise stemming back to his 2017 campaign.

But why is this act so groundbreaking?  What is the difference between decriminalization and legalization?  And what does this mean for the future of marijuana in Virginia? We are here to explain all the ins and outs of Virginia’s new policies on marijuana.

Marijuana is not technically legal in Virginia yet, it has only been decriminalized. But many advocates make the argument that decriminalizing the drug is the important first step on the road to legalization.

“Decriminalization is an incredibly important first step, and one that many thought we may never see in Virginia, but we cannot stop until we have legal and regulated adult use,” Attorney General Mark Herring said in a statement.

The newly passed bill gets rid of the $500 penalty and criminal charges you previously got for possessing a small amount of marijuana. Instead, possession of an ounce of weed or less is treated carries a $25 fine and will not carry criminal charges.

The bill also does the following:

-Prohibits employers or educational institutions from requiring someone to disclose information on a past marijuana-related arrest, criminal charge or conviction

Why is This Important?

Advocates argue that decriminalizing is necessary due to the racial disparities around who gets arrested for possession. According to a 2020 study by the American Civil Liberties Union, African Americans are almost four times more likely to be arrested for marijuana possession.

A 2013 study from Dr. John Gettman of Shenandoah University found the marijuana possession arrest rate for black people was three times higher than white people in 47 out of Virginia’s 50 jurisdictions.

Attorney General Herring said that the state will become “a more fair, just and equal place” with the decriminalization of possession of small amounts of marijuana.

The Future of Marijuana in Virginia

Along with decriminalization, the bill also proposed a group to study the effects of fully legalizing marijuana in the state. The deadline for the report was set for November 30, but Northam requested that it be extended by a full year due to the coronavirus pandemic. However, that request was denied by the state Senate on April 23.

The governor also proposed eliminating a defendant’s ability to request a jury trial after being cited for marijuana possession. However, this was rejected by both the House and the Senate.

“Decriminalization is a victory worth celebrating, but as we have said repeatedly, it is not a public policy solution for marijuana prohibition,” said Jenn Michelle Pedini, the executive director of marijuana legalization advocacy group Virginia NORML.

The law is scheduled to go into effect on July 1.