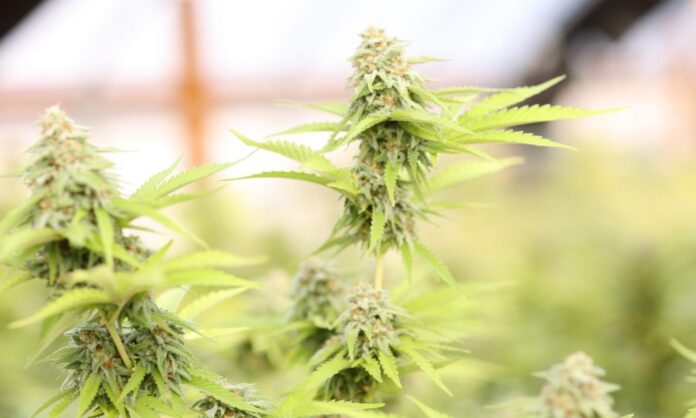 Pro growers often try to get way too scientific with the cultivation process because they believe that it will help produce a higher quality product. But it’s really not necessary.

Now that marijuana is being legalized in more parts of the country, the majority of the weed is being grown in sophisticated indoor cultivation houses. This is where technology and horticulture collide to produce optimal conditions for that precious plant to flourish into the buzz-inducing monstrosity it has become. But there was a time, not so long ago, when this plant was raised just like any other crop in the American landscape — outside.

There were no computers to control lighting and water, no real barriers to protect the plants from animals or other invaders of the space, just some seeds, nature and a little personal care to ensure proper yields were made. Because here’s the thing about the cannabis plant: it wants to grow, but it doesn’t need all of that expensive equipment to do it. And it doesn’t take a scientist to produce it either. Anyone who has ever grown a tomato plant has what it takes to grow weed in an outdoor garden at home.

Here are a few tips to get you started.

As we mentioned earlier, marijuana wants to grow. It has a way of adapting to the bizarre climate changes that can occur. But, just like humans, it is not a big fan of extreme weather conditions. If it gets too hot or cold outside, the cannabis plant just isn’t going to respond positively. The plant (during the vegetative stage) enjoys temperatures between 70-85 °F. If you live in a spot where the heat lingers anywhere above the mid-80s for extended periods, the plant runs the risk of damage and even death. In the flowering stage (the phase where your plant is producing buds), marijuana enjoys temperatures around 65-80°F. But remember, these temperatures are just its preference. A few 90-degree days does not mean that your pot crop is doomed.

When selecting a spot for your outdoor marijuana garden — regardless of whether you plant in the ground or in containers — it is best to choose a location where the plants can get as much direct sunlight as possible. Just like tomatoes, cannabis plants need around 8 hours of continuous sunlight a day. Some grow pros suggest structuring outdoor gardens to face the archway of the sun. The plants should be positioned in a relatively open area, allowing plenty of air circulation throughout the day. But if high winds are prevalent in your neck of the woods, you may have to consider stationing the garden near a barrier of some sort, just to keep the brutality of the breeze to a minimum.

Of course, there are unscrupulous people out there that will try to steal your plants if they get a chance. So, setting the garden up in a private, secure spot is always advised. We recommend using portable containers to have some flexibility. This allows you to experiment with locations during the vegetative phase. It also gives you the freedom to bring the plants indoors in the evening to keep them safe and cool until morning.

If you plant seed directly in the ground, some work needs to be done first. It is recommended that you till up the spot several weeks before planting and mix in soil enhancements. You can do this the old fashioned way by making your own compost or simply purchase a variety of compost products from your local gardening center.

Again, this isn’t rocket science. If your dirt at home is not very good — you’ve planted things before, and it has been a lost cause — it may be best just to go the individual container route. If this is the case, pick up some breathable pots (between 5 and 10 gallons). Select the 5-gallon for medium size plants and 10-gallon for larger. While you are at it, purchase some high performance potting soil like Fox Farms Ocean Forest Soil or Roots Organic. Marijuana growers have had a lot of success with these kinds of products.

Once you’ve got some plants in the ground (or in containers) and they are resting easy under the sun, the next most crucial step is keeping them watered. Hopefully, it is raining plenty in your part of the world and nature will just do its thing — even though most pro growers try to avoid rain because of mold and other potential problems. But typically during the summer months, we see some dry spells.

You want to keep the soil moist, so depending on the size of the plant, it is going to need between 1 and 10 gallons of water a day in areas with higher temperatures. Giving them a solid watering in the morning should do the trick. Remember, keep the soil moist without drowning the plants. So if you notice that water is collecting above the ground for extended periods, it’s time to back off the hose a little. Water them again once the top layer of soil gets dry.

It is probably going to be necessary to protect your plants from animals and other hungry creatures. As with any garden crop, this can be done with a small fence. Insects can be a problem, as well. The three most common detriments to cannabis plants are spider mites, fungus gnats and root aphids. There are some natural insecticides on the market that can stop these critters from ruining your crop.

Pro growers often try to get way too scientific with the cannabis cultivation process because they believe that it will help produce a higher quality product. And we’re not saying they are wrong. But it’s really not necessary to obsess over every little detail when growing marijuana. As we mentioned several times before, cannabis wants to grow. It’s one of the reasons why it is often referred to as weed. You know, as in growing like a weed? Just make sure your plants have sun, good soil and water and have fun with the process. You will be surprised with the results.