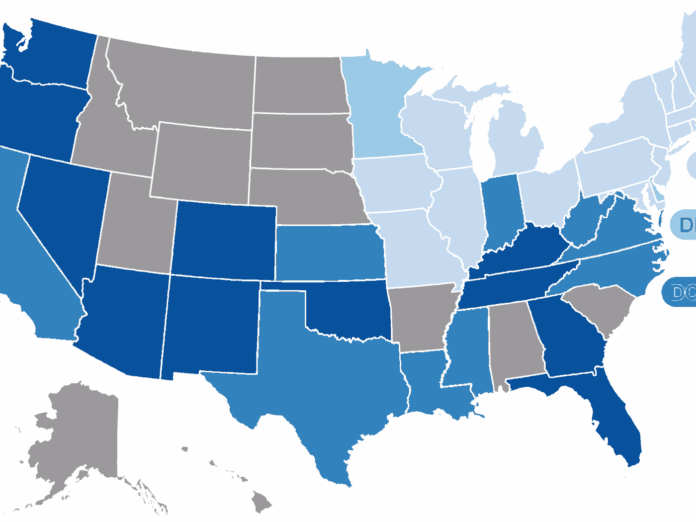 Since last year, Reuters has obtained neighborhood-level blood lead testing results for 34 states and the District of Columbia. This data allows the public its first hyper-local look at communities where children tested positive for lead exposure in recent years.

While the number of children with high lead levels has plummeted across the U.S. since lead paint and gasoline were phased out in the 1970s and 1980s, many communities remain exposed to the toxic heavy metal, the data show.

In all, Reuters has identified 3,810 neighborhood areas with recently recorded childhood lead poisoning rates at least double those found across Flint, Michigan, during the peak of that city’s water contamination crisis in 2014 and 2015. Some 1,300 of these hotspots had a rate of elevated blood tests at least four times higher than Flint’s.

Reuters defined an elevated result as any test higher than the Centers for Disease Control and Prevention’s current reference number of 5 micrograms per deciliter, the level at which the agency recommends a public health intervention.

The news agency obtained the data, broken down by census tract or zip code, from state health departments or the CDC through records requests. U.S. census tracts are small county subdivisions averaging 4,000 residents. Zip codes have average populations of 7,500.

This newest map reflects additional data obtained this year, and includes some changes to data initially published by Reuters in a map last December.

The newly identified communities with high rates of elevated childhood lead levels include a historic district in Savannah, Georgia, areas in Rutland, Vermont, near the popular skiing mountain Killington, and a largely Hasidic Jewish area in Brooklyn.

The updated map includes other minor changes. Recently, the CDC provided testing results to correct data it previously released to Reuters for Pennsylvania, Ohio, New Jersey, Virginia and Louisiana. Responding to earlier records requests, the CDC mistakenly released test results for all children under 16, though the news agency requested testing results for children under six – the age group most likely to be affected by lead exposure.

Still, even with the updated CDC data, the number of areas with high rates of elevated lead tests increased or remained about the same in each state.

The map now features zip code level data for Los Angeles County, California, provided by the state’s Department of Public Health. An earlier version featured census tract level results, but reporters discovered the county’s epidemiologist had misclassified some of them. The county has declined to provide corrected data.

Census Shows Unprecedented Diversity — But GOP Is Gearing Up for Gerrymandering

The Race to Save St. Mark’s Basilica From Salty Floodwaters