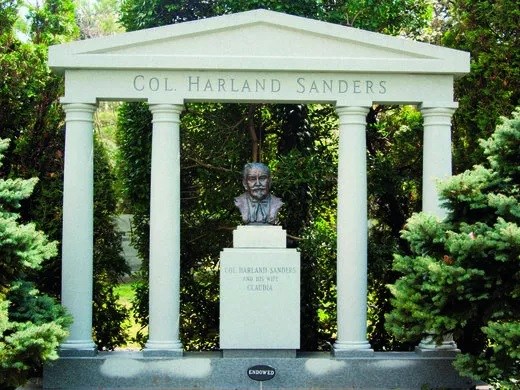 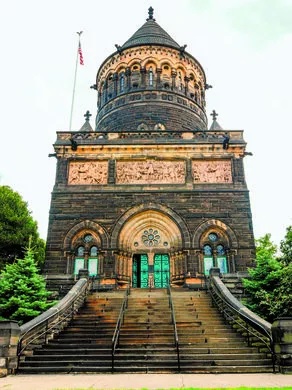 Even around Halloween, there’s no reason to be spooked by cemeteries. “They’re beautiful and peaceful places, basically outdoor museums,” says Loren Rhoads, author of the new book 199 Cemeteries to See Before You Die (Black Dog & Leventhal). Burial grounds welcome visitors, and many sponsor tours and special events. She shares some favorites with Larry Bleiberg for USA TODAY.

The nation’s first garden-style cemetery, Mount Auburn helped launch a national movement to build city parks. “It’s one of the most beautiful places I’ve ever been,” Rhoads says. The site, which opened in 1831, was meant as much for the living as the dead. “People used it for all sorts of things, riding horses, reading books and courting.” mountauburn.org

Two U.S. presidents, James Monroe and John Tyler, are buried at these picturesque grounds, along with former Confederate president Jefferson Davis. The sprawling property, located on bluffs overlooking the James River, has been linked to several ghost stories, including one urban legend about a vampire. Visitors can explore the site on self-guided, Segway or electric car tours. hollywoodcemetery.org

Rhoads says she was moved by the pioneer graves and Mormon history preserved at this hilltop site. Early leaders of the Mormon Church are buried here, and markers note the graves of settlers who trekked from Illinois, seeking a promised land in the American West. “You can fly it in several hours now, but these people walked. I found it touching and fascinating.” slcgov.com/cemetery

You’ll find nature, art and celebrity at this Kentucky burial ground. Visitors come to pay their respects to former Kentucky residents like Col. Harland Sanders, the founder of Kentucky Fried Chicken, and boxer Muhammad Ali. Others are drawn by the beauty. “I’m attracted to this one because of the architecture,” Rhoads says. “It has some amazing, romantically designed monuments.” Throughout the year, the cemetery sponsors tours and events, including an evening cocktail party. cavehillcemetery.com

If the names on the tombstones look familiar, it’s not your imagination. Author Washington Irving set his book The Legend of Sleepy Hollow here and took names of characters from the cemetery. The site, dating to the 1640s, also has graves of early Dutch settlers and Revolutionary War soldiers. visitsleepyhollow.com

This isolated Pacific peninsula was once a leper colony, where sick native Hawaiians were left to die. The most famous resident, Father Damien, tended to the ill, but eventually succumbed to the disease. The priest was canonized in 2009, and his right hand is buried here as a relic. In addition, several thousand graves are found around the area, which is now part of Kalaupapa National Historical Park. nps.gov/kala

This graveyard, offering views of Lake Erie, stands out for its architecture. A towering mausoleum honors assassinated President James Garfield, while elsewhere, a chapel features a window designed by Louis Comfort Tiffany. The stained-glass artist didn’t want his work marred by soot, so he had his friend Thomas Edison wire it for lights, making it the city’s first electrified building. lakeviewcemetery.com

You’ll have to dive if you want to explore this burial ground, located more than 3 miles off the Florida coast. Ashes from cremations are mixed with cement to make monuments, which are placed on the ocean floor. “It’s designed to be an artificial reef where coral can grow, and fish can come and breed,” Rhoads says. “It looks like Atlantis.” nmreef.com

One of the nation’s oldest garden cemeteries, the terraced site above the Schuylkill River attracted more visitors than the Liberty Bell when it first opened in 1836. Rhoads is particularly fond of the William Warner family monument designed by sculptor Alexander Calder. It shows the Angel of Death opening a sarcophagus to release the soul trapped inside. thelaurelhillcemetery.org

As San Francisco grew, it began to close its cemeteries and moved burials to the city’s outskirts, which helps explain the high concentration of historic Californians interred here, Rhoads says. Some are remembered with ornate monuments and mausoleums. “They’re incredibly exquisite, with bronze doors and stained glass.” The cemetery runs a regular tour schedule, including a nighttime visit, and themed walks devoted to memorial angels and gardens. cypresslawnheritagefoundation.org

5 Ways To Make Teletherapy Work If You Have Roommates

Walk Out: Texas Democrats Block Passage of Voter Suppression Bill by Leaving Capitol Ahead of Vote

Campaign Spending at Trump Properties Down, but Not Out