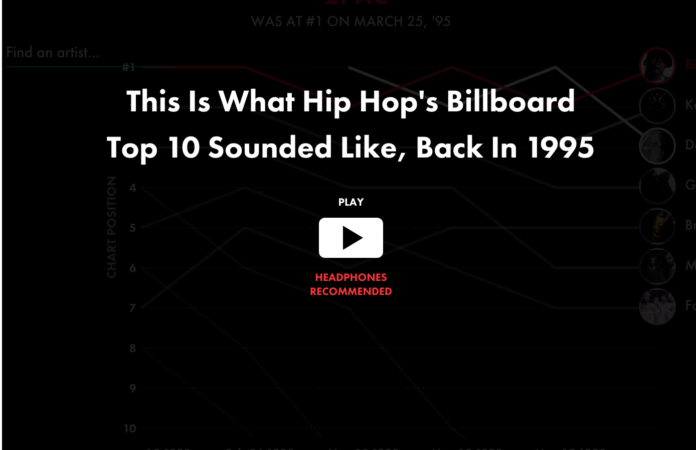 Methodology: this uses Billboard’s Hot Rap Songs Chart. Billboard began publishing this list as a weekly sales-based chart, then known as Hot Rap Singles, in 1989. In 2002, the chart was replaced with a list titled Hot Rap Tracks, based on radio audience impressions monitored by Nielsen Music. The chart added digital downloads and streaming data into its formula in 2012 and was renamed Hot Rap Songs, as it is known today. For simplicity, the animated line chart only displays only songs that peaked in the top 5.