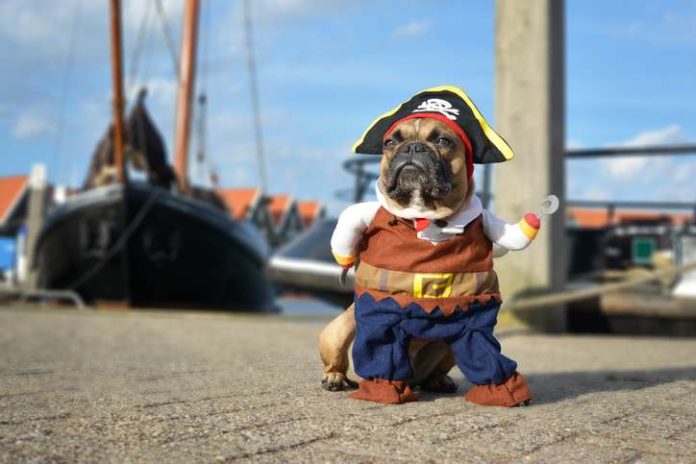 Each Halloween, social media becomes congested with pictures of people’s furry companions decked out in capes, caps, wings, and other Halloween flair. A Labradoodle is adorable to begin with. Put him in a bee costume and people melt.

But look closely at some of these photos. In the pet’s eyes you might see a note of humiliation or sadness. Like the court jester, they’ve been made to be comic relief. Shame seems to envelop them like a dark cloud. It’s as if a dog knows his dignity is circling the drain.

In forcing your cat to wear a bunny costume, are we depriving our pets of a basic right to decency? What if they’re just doing it for us? 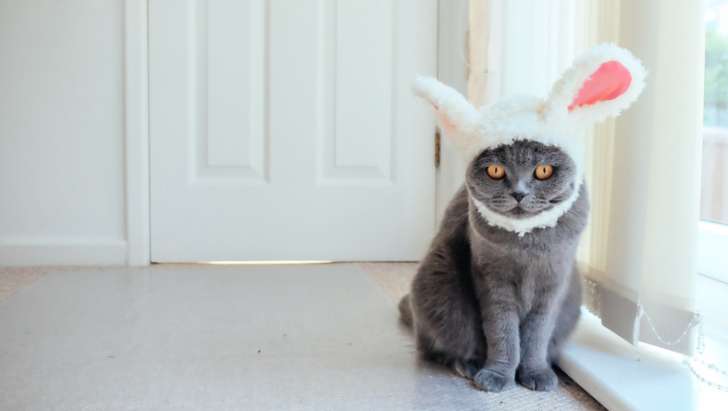 “That’s one possibility,” says Alexandra Horowitz, Ph.D., a senior research fellow and adjunct associate professor at Barnard College and author of Inside of a Dog: What Dogs See, Smell, and Know. “We are a society that asks dogs to stay frozen while we balance a dog treat on their nose. It pays off for them because we eventually give them the treat, the attention, the love. Dogs certainly have learned to endure small discomforts for our pleasure.”

Rather than be happy about having an alter ego—say, a hot dog—pets might instead be thinking their human handlers are scolding them, Horowitz says. That’s because domesticated dogs have wolf-like ancestors. Their cousins, wolves (Canis lupus), are prone to covering a subservient wolf’s body with their own as a form of reprimand. In covering a dog’s body with a costume, a dog might have a genetic disposition to feel like they’re being corrected. That’s why some might simply freeze in place or otherwise act sullen.

“If they duck to get away, keep their tail low or ears back, or generally keep their body tight and low, that’s submissive, appeasement behavior,” Horowitz says. 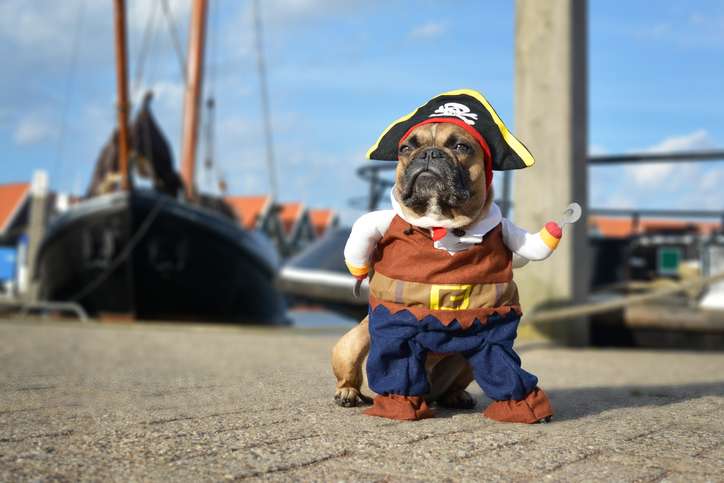 Even if you feel like you’re not causing your dog emotional damage, costumes should still be evaluated for possible physical dangers. No puppy duds should obscure their eyes or face or fit too snugly around their chest. (It can restrict breathing.) They should be visible in low-light conditions, either for trick-or-treating or in case they dash out of the house. Some vets have reported having to surgically remove small accessories or objects that were dislodged from costumes and swallowed, so it’s good to make sure nothing on the outfit is removable.

If your dog exhibits signs of duress—pawing, itching, cowering, pinned ears, tucked tail—then you should reconsider their participation in the festivities. If you want to test their temperament before buying a costume, try putting them in a T-shirt. If they look unhappy, spare them the additional stress of dressing them up like a taco.

As for cats? “I would not do this,” Horowitz says. “Cats don’t suffer our ridiculousness.”

American Insurrection: Deadly Far-Right Extremism from Charlottesville to Capitol Attack. What Next?

Do Pets Enjoy Dressing Up for Halloween?

“The People We Serve Are Paying Too Much for Energy:” Virginia Lawmakers Are Targeting Dominion Energy

As Delta Variant Drives Surge in New Cases, History Shows It Could Get Worse...