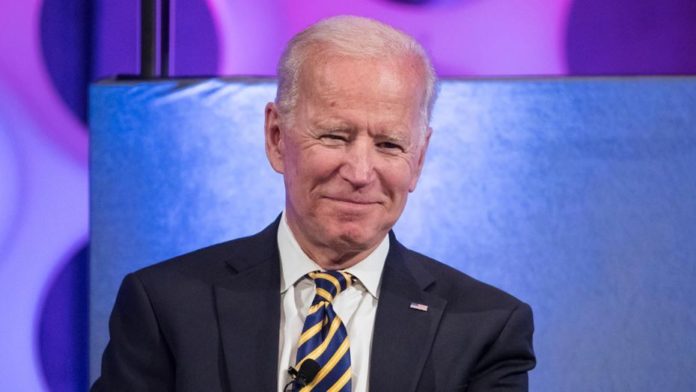 Former Vice President Joe Biden is staking out a position to the political right of the 2020 field when it comes to marijuana policy.

Biden would not legalize weed as president, but called for expungement of all past convictions for pot use as part of a criminal justice reform plan released by his presidential campaign Tuesday.

Biden would support the decriminalization but not legalization of marijuana for recreational use. That keeps him out of step with every other top-tier Democratic presidential candidate, all of whom have called for the full federal legalization of the plant.

Biden would take marijuana off of the Drug Enforcement Administration’s most severe classification list, where it’s considered the same as heroin, LSD, MDMA and peyote as a substance with “no currently accepted medical use and a high potential for abuse.”

WATCH: Why the black market for weed is still thriving in California

But while other campaigns have called for fully declassifying cannabis, Biden would make it a schedule II drug, on par with cocaine, methamphetamine and fentanyl, all of which the DEA considers “drugs with a high potential for abuse, with use potentially leading to severe psychological or physical dependence.”

The upshot is that lowering marijuana from schedule I to schedule II would allow the government to research it, according to a senior Biden campaign official, who briefed reporters on his plan.

“He is here saying no one should be in jail because of cannabis use.”

“He very much believes that we need more research and study the positive and negative impact of cannabis use,” said the aide, who spoke on the condition of anonymity. “There are a number of negative side effects of cannabis or side effects that we don’t fully understand. But he is here saying no one should be in jail because of cannabis use.”

Biden would support federal legalization of medicinal marijuana, but leave decisions about recreational use to the states while the more research is conducted.

To back the position, Biden’s campaign pointed to a 2017 study by the National Academies of Sciences, Engineering and Medicine, which found that there is conclusive evidence that marijuana can be used medicinally to reduce pain or chemotherapy-induced nausea, but there are risks too. The study found a correlation between cannabis use and an increased risk of developing psychoses, social anxiety disorders and chronic bronchitis.

READ: Republicans are slowly coming around to the right to blaze

The study also states that there is no strong evidence that marijuana is a gateway drug. That would seem to contradict Biden’s often-quoted line on the subject when he was vice president.

“I still believe it’s a gateway drug. I’ve spent a lot of my life as chairman of the Judiciary Committee dealing with this. I think it would be a mistake to legalize,” Biden told ABC News in 2010.

The criminal justice plan would also seek to undo many of the tough-on-crime proposals Biden has drawn criticism for helping institute as a senator during the war on drugs, including two bills he helped author in the 1980s that strengthened drug sentences and mandatory minimums.

As president, he would support legislation to repeal mandatory minimum sentences and end the sentencing disparity between crack and powder cocaine. Biden helped write a law in 1986 that allowed prosecutors to sentence those arrested with crack to much longer prison terms than those arrested with powder cocaine, even though they are the same chemically. President Barack Obama signed a law in 2010 reducing that disparity from 100-to-1 to 18-to-1 and Biden is promising to end it completely.

READ: Medical marijuana users are being shut out of public housing

Biden would also use his pardon power to release or commute the sentences of prisoners serving unduly long prison time for nonviolent drug convictions, as Obama did, according to his plan.

The proposal also calls for ending prison sentences for drug use alone. He’d require federal courts to divert those defendants to drug courts so they could be referred for treatment, and would issue federal grants to states to do the same. To nudge states, he’d create a $20 billion grant program, and states would only be eligible if they take steps like eliminating state-level mandatory minimum sentences.