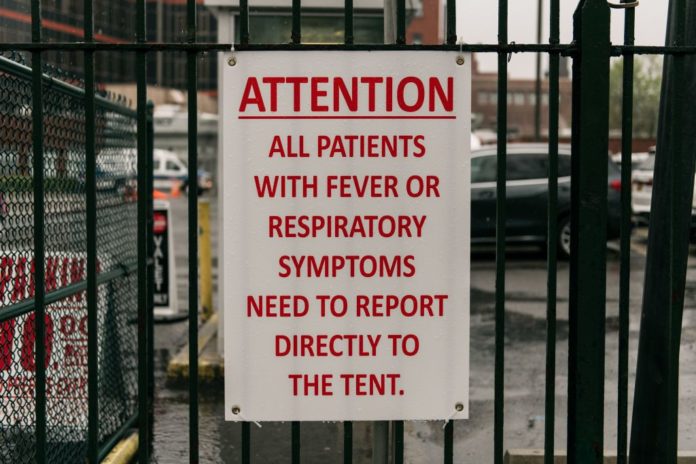 Uncertainty has been the trademark of both the economic and public-health crises caused by the coronavirus. Occasionally that’s not a bad thing — like in the emerging consensus that the initial models for case fatality rates and ICU beds needed were too high. But over the last few days, several new reports on the nature of the coronavirus showed how much more we need to learn about the pathogen before the effects of reopening the country can be fully anticipated. Below are four such alarming studies — though approach with some caution, as the clinical understanding of the outbreak continues to change as testing expands.

Scientists report a case of a body infecting a live patient

Let’s begin with the most morbid detail: Thailand is now reporting the first fatal case of coronavirus that was transmitted from a deceased patient to a medical examiner. “Not just the medical examiners but morgue technicians and the people in funeral homes need to take extra care,” Angelique Corthals, a professor of pathology at CUNY’s John Jay College of Criminal Justice, told BuzzFeed News. With the high daily death count pushing the capacity of morgues in cities across the country, the concern that bodies could transmit the virus is especially alarming, considering pictures from Sinai-Grace Hospital in Detroit showing bodies piled in vacant spaces in the facility.

For the vast majority of those who contract the virus and live, the Los Angeles Times reported on some potential and distressing long-term effects of COVID-19 coming out of a study published in China:

In a study posted this week, scientists in China examined the blood test results of 34 COVID-19 patients over the course of their hospitalization. In those who survived mild and severe disease alike, the researchers found that many of the biological measures had “failed to return to normal.”

Chief among the worrisome test results were readings that suggested these apparently recovered patients continued to have impaired liver function. That was the case even after two tests for the live virus had come back negative and the patients were cleared to be discharged.

At the same time, as cardiologists are contending with the immediate effects of COVID-19 on the heart, they’re asking how much of the damage could be long-lasting. In an early study of COVID-19 patients in China, heart failure was seen in nearly 12% of those who survived, including in some who had shown no signs of respiratory distress.

While those revelations are concerning, the size of the study is far too small to draw a big-picture, epidemiological understanding of COVID-19’s long-term effects on the body. Another caveat noted by the L.A. Times: The assessment of organ failure in coronavirus survivors is complicated by the fact that “patients with disorders that affect the heart, liver, blood and lungs face a higher risk of becoming very sick with COVID-19 in the first place. That makes it difficult to distinguish COVID-19 after-effects from the problems that made patients vulnerable to begin with — especially so early in the game.”

The coronavirus may attack T cells, similar to HIV

Another study from researchers at Fudan University in Shanghai and the New York Blood Center provides more-harrowing evidence for the long-term consequences of contracting the virus. According to the findings published in the journal Cellular & Molecular Immunology, when the researchers initiated contact between COVID-19 and lab-grown T lymphocytes — better known as T cells — the virus disabled the cells, which help identify and eliminate pathogens in the body. The researchers also found that SARS, a related coronavirus, could not infect T cells. The study found that COVID-19’s damage to the T lymphocytes resembled that caused by HIV.

Though some doctors in the U.S. are stockpiling hydroxychloroquine for personal and family use, a small study in Brazil casts doubt on its efficacy for widespread use to treat the coronavirus. Countering some preliminary evidence that the antimalarial drug touted by the president effectively treats COVID-19, a study on its use on 81 hospitalized patients was halted after those taking a higher dose experienced irregular heart rates and increased risk of fatal heart arrhythmias. Like in U.S. hospitals, hydroxychloroquine was being administered with the antibiotic azithromycin — commonly known as Z-Pak — which also increases the risk of fatal heart arrhythmias in some patients.

But a trace of good news — aside from the significant progress of decreased hospitalizations in New York — is the anticipated hiring spree for contact tracing, which determines whom confirmed patients interacted with while they were infected, simply by asking them. If federal and state governments are able to employ the vast number of tracers needed to determine the full level of community spread, it will have a significant impact on both the economic and public health crises. “This will be the only way to contain further spread of COVID-19 once the initial surge is past, and get into the suppression phase,” Tom Frieden, a former director of the Centers for Disease Control and Prevention, told STAT News. “We need an army of 300,000 people.”