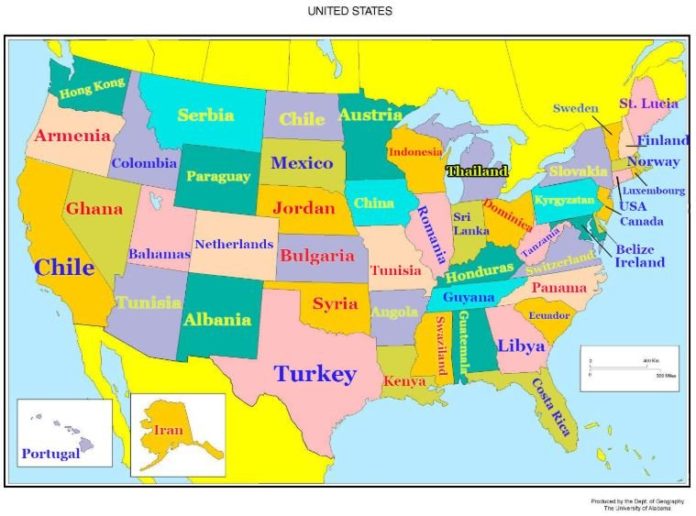 According to the Organization for Economic Cooperation, American students rank 28th in math and science scores. The educated people at Home Snacks made a map of the United States comparing each state with a foreign country that is said to have similar education levels, using the United Nations Development Program index.

Here it is zoomed in.

The Northeast and Midwest tend to be on a similar track as European countries.

While the Southeast is largely comparable to Central America and Africa.

The Northwest appears to be the most diverse.

Although the Southwest is pretty diverse in its own right.

There are advantages and disadvantages to living in every nook and cranny of the country, but one thing is clear — the U.S. needs to improve it’s math and science skills if it’s going to compete in the global marketplace.

This article was originally published by our partners at Did You Know Facts.

Has legal cannabis killed the bong?

The New Office Small-Talk: Are You Vaccinated?